Journey from TransGrid Apprentice to Leader

The teacher was lecturing about science when the tell-tale buzz of her mobile rattled in Kailee’s pocket. Kailee’s hand shot up, interrupting the monosyllabic drawl of her teacher just long enough to request to go to the bathroom. It was only once the toilet door clicked shut and she was safely out of sight of any teachers that she finally removed the phone from her pocket.

The call had been from the Resource Leader at TransGrid, and she’d successfully earned a place as an apprentice electrical fitter.

Giddy with excitement, she quickly called her parents to share the news. Little did she know it would be the beginning of a bright and diverse career as part of the team who provide safe, reliable, sustainable and affordable electricity transmission services to more than 3.5 million homes and businesses across NSW and the ACT.

Beginning her adventure with TransGrid

As a high-school student working three part-time jobs, Kailee Standen really stood herself apart from her peers with her diligent work-ethic and approach to hard work. And these qualities have continued to guide and impact the trajectory of her career.

Her dad runs his own earthmoving business, and her older brother is a mechanic, so a career in a trade just seemed a natural fit for Kailee. She participated in work-experience at a domestic electric company and also with Ausgrid, and I guess you could say this was the ‘spark’ that called her to a future in the energy sector.

“My family’s very mechanical orientated, my brother’s a mechanic, and I just wanted to be like him. He began as a light vehicle mechanic and started his apprenticeship when he was 15.” 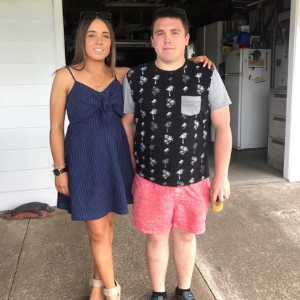 “I didn’t have any other women around me 5 days a week. But they were very supportive; after a while they realized I was there to work just as much as they were.”

And the site itself: “I hadn’t seen anything like it before. So, it was quite… Wow!”

Life after the apprenticeship

Kailee was lucky to progress straight into a full-time job with TransGrid as an Electrical Fitter after her apprenticeship. But ever the multi-tasker and eager learner, she put her hand up to help out as an acting Resource Scheduler.

Resource scheduling is about organizing teams, so the tasks are completed based on availability and capability. Making sure everyone has something to do every day and the different demands of the stakeholders are met.

“I manage a team of around 25 people. Looking after what work they’re doing, making sure their wellbeing is ok, managing their workload so that they’re not put at risk. Basically, taking care of the people who do all of the field work for TransGrid.”

Loving this work so much, Kailee diverted from a technical career path and into a full-time role as a Resource Scheduler. Now three years later, she’s taking on more responsibility as an Acting Resource Leader.

“It’s a really great opportunity. Absolutely I’d want to move into a position like this full-time in the future.”

“I would never ever leave this company.” She says with a laugh. While she admits to some competitor research in terms of apprenticeship offerings, she says she has no interest in looking for another role anywhere else for herself.

“I think the people I work with are pretty great. I’ve had a lot of support over my career – they’ve really supported me along my whole journey. Not just my close team, but the rest of the organization, there’s support from everyone. I think that really makes it special.”

Her advice for those hoping to join TransGrid’s Apprenticeship program.

Kailee’s never been one to shy away from taking on extra work and is now also involved in the recruitment for new and future apprentices. She’s glad to see the number of women applying has grown a lot. And this is something she’s working even further on improving, approaching her management with an idea to establish a buddy program to support and mentor future young women beginning their apprenticeships.

But while that program is still in the works to hopefully be implemented later this year.

Kailee has the following tips for anyone looking to apply to an apprenticeship with TransGrid: 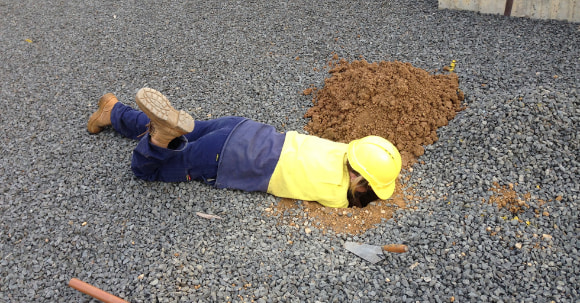 Where to from here for Kailee?

It’s overwhelming to look back on how far Kailee has come with her career already. She says her apprenticeship taught her a lot about herself, and how to approach challenges and optimize her environment.

While she hopes to continue as a Resource Leader and the apprentice recruitment, she’s just really excited by the number of diverse opportunities that lie ahead.

“There’s a lot of careers out there, a lot of different avenues you can take after completing a trade. It’s definitely worth trying it, doing some work experience, seeing if it’s something you could enjoy – because it very well could be.”

Get some top tips from another amazing TransGrid electrical apprentice.

Or find out how to apply for an apprentice role with TransGrid.