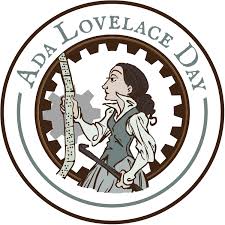 Ada Lovelace Day (ALD) is an international celebration of the achievements of women in science, technology, engineering and maths (STEM). It aims to increase the profile of women in STEM and, in doing so, create new role models who will encourage more girls into STEM careers and support women already working in STEM . Founded in 2009 by Suw Charman-Anderson, it is now held every year on the second Tuesday of October. It features a flagship Ada Lovelace Day Live! ‘science cabaret’ event in London, UK, at which women in STEM give short talks about their work or research, conduct a demo or perform short comedy or musical interludes with a STEM focus.

The day also includes dozens of grassroots events around the world, organised entirely independently from the ALD Live! event. These events take many forms — from conferences to Wikipedia ‘edit-a-thons’ to pub quizzes — and appeal to all ages, from girls to university students to women with well-established careers. Every year, people in dozens of countries across six continents put on their own event to support women in their own communities.