Growing up gay in a little village in Southwest England where the sheep and cows outnumber the people, left Sarah Hodkinson feeling like a fish out of water. She says she couldn’t wait to get out and ‘find her people’.

And find them she did.

Her career has gone from London mailrooms to roller-skating with The Backstreet Boys; from her own PR marketing agency in New Hampshire, to working for brand giants eBay and PayPal. Now though, she’s found her people and her new home with NortonLifeLock.

You might be wondering what makes NortonLifeLock so special? I mean any job that involves roller-skating with Nick Carter and Co. sounds like the dream gig, right? So, we asked Sarah what she’d found that was so special at NortonLifeLock. She said it was the value they placed on transparency and authenticity, and the way it drove a culture of innovation and impact that sold her.

What happens when you can’t be authentic at work?

There’s plenty of studies and stories out there about how authenticity at work is correlated to employee engagement, job satisfaction, and overall performance. But as one study found, 64% of people are still worried that being true to themselves would be detrimental in their workplace environments.

This has certainly been the case for Sarah in previous roles. The progressive bubble she’d found within her time in college was quickly popped by the narrower reality of the working world.

“In the late ‘90s in the UK there were no same-sex partner immigration rights, so my then American girlfriend married a British gay guy and in return, I married his gay American boyfriend. I tried to maintain this façade through all aspects of my life, including at work. I spoke about my ‘husband’ rather than my girlfriend. It was stressful maintaining the right pronouns in conversation.”

She even went as far as to change the way she dressed to fit in. It was no wonder that after six weeks of the ruse, she felt she had to quit. 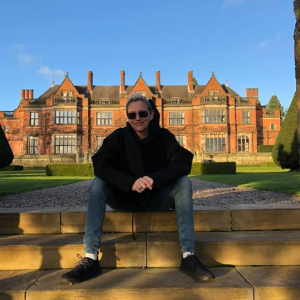 Diversity is desired, not tolerated.

Since then, Sarah has sought out workplaces where she can be honest about who she is.

“I swore I would never go back to pretending to be anyone else but myself. Since then, I’ve cultivated a strong personal brand. I get asked to speaking events etc. and I think it’s a testament to the fact that people do want to hear [LGBTQ+] voices.”

Since starting at NortonLifeLock just six months ago, Sarah has already had an impact in the DEI space. She’s been asked to help with inclusive wording on employee surveys, and on discussions of pronoun usage.

NortonLifeLock is very keen to embrace diversity, and there’s a willingness to learn. At other organizations I’ve worked, there’s been a hubristic approach. Whereas at NortonLifeLock, if you’ve got an opinion on this, they want to hear it. I appreciate that.”

Bringing her whole self to work – or not

The idea of ‘bringing your whole (or authentic) self to work’ has become one of the biggest workplace buzz phrases trending in business and employer branding. For Sarah, this hasn’t just meant how NortonLifeLock have supported her LGBTQ+ identity, but her mental wellbeing as well.

Encouraging employees to bring their authentic ‘mental’ self to work, sometimes means understanding when they need to not be at work. This couldn’t have been more evident than when Sarah’s father passed away – on her first day on the job.

“It was a massive blow. But folks were like ‘take as much time as you need. Let us know when you’re ready to engage’.”

And when she was ready to engage…

“There was no pressure on me. I was very happy with how they let me control how much time I wanted to give and dedicate to the company. The compassion and empathy from my coworkers – I didn’t even know them yet. Everyone was incredibly patient and gracious when I finally got my teeth stuck in. I couldn’t have asked for more.” 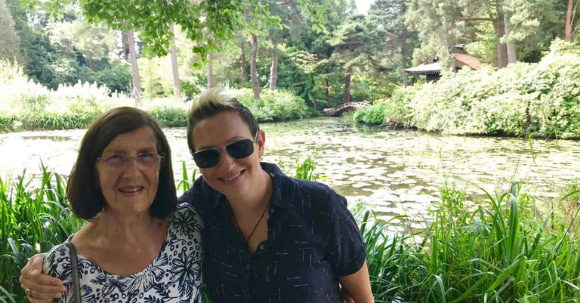 The impact of an authentic workplace

Sarah may have only just started her journey, but she was surprised by the incredibly tenured workforce already at NortonLifeLock.

“One of my reports has been with the company for 23 years, and they’re not an anomaly.”

Sarah attributes these amazing lengths of service as a testament to the culture of the company. There’s a balance between having the resources of a large public company, and being able to move fast, fail fast, be “scrappy” as Sarah puts it. There have been changes and restructures over the last 18 months that could lead to a lot of anxiety within the workforce. But Sarah says the team at NortonLifeLock have embraced the changes. That it has “invigorated the enthusiasm in folks across the board”.

Apart from the amazing team, Sarah also attributes the mission of the business itself as an incredibly motivating factor for taking the job.

“If you take a step back and look at threats facing this world, we’ve really moved into the cyber domain. Global events are playing out on the internet, and the pandemic has only accelerated how we are living more and more of ourselves online. Offering security and protection, educating people on related threats, and saving people from the huge distress of identity theft is a really noteworthy, noble cause.”

Take-aways for authenticity and innovation in the tech industry

We asked Sarah what advice she’d give other women looking to find their own place to belong and be themselves in the tech industry. She wanted to encourage them not to be discouraged by the male-female ratios in the broader tech industry.

“Think about technology, what drives it is innovation. If everyone is cut from the same cloth and not challenging one another, innovation is stifled. Technology serves everybody, so everybody should be involved in its development. The face of tech is changing to create truly customer centric technology.”

“I’m a woman, a gay woman. I represent a smaller, intersectional community but nonetheless I feel like my voice is heard and respected. It’s a different story from 20 years ago in my previous roles. At NortonLifeLock everybody is part of the solution. We’re all figuring it out together.” 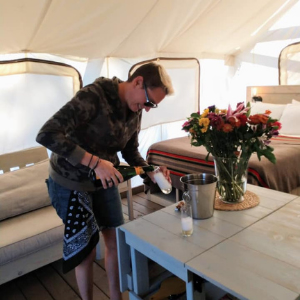 “Everybody has a part to play in shaping the future.”