Why do people ask women “won’t you miss your kids while you’re at work”? Seemingly curious and innocent as they might be, this and similar types of statements only inflict judgement, guilt, and outright emotional anguish on the person being asked. But the list of things you never want to hear as a working mother doesn’t stop there.

Dawn Marsden is a mother to two teenage boys, and the Head of Supplier Management at Liverpool Victoria General Insurance Group (LV=GI). With LV=GI she’s found a supportive and caring culture, working for a passionate and ambitious company.

But her journey here wasn’t easy.

As a working mother in a male-dominated industry, there have been struggles. From microaggressions to cancer scares, Dawn has been greeted with her own fair share of statements no working mother wants to hear. She shared her journey with us.

“How many days a week are you working?”

There are already so many challenges facing working mothers. The cultural pressure and expectations, not to mention our own internal guilt. So, no one needs the added stress of other people further questioning our priorities, as Dawn found.

“I took on a new role within a new organization when my children were just 2 and 3, one of my first meetings was meeting a new supplier, making small talk, and his first question was how many days a week are you working? I said five days. But it made me feel guilty. Should I be working that much? Why is working full time a surprise?”

Not long after, Dawn asked a male colleague (also a father of young children) if he’d ever been asked the same question. His answer was, no he hadn’t. Dawn points out the injustice of this double standard, but also comments how grateful of the progress she’s seen since. 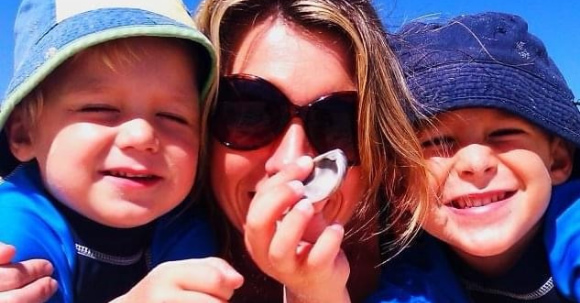 “So did you travel for your partner?”

Earlier in her career, she was lucky enough to take a role that brought her family to Australia.

“I was the only female in the team that came across from the UK. Everyone would ask me what my husband did to bring us here. They just assumed we’d travelled here for him.”

Dawn shares that her husband takes on most of the childcare duties, noting how she hopes to model a more equitable and gender-neutral distribution of family duties for her sons.

“I want my boys to be raised knowing it’s ok for mums to work as well as dads. Women don’t have to be the only ones taking on childcare. I’m quite passionate about it. I want them to see it as normal and not different.”

There have been many challenges Dawn has faced being in a senior position within a male dominated environment. With four men as senior direct reports to her, there have been meetings where people assume she’s the one working for them.

“It can be quite uncomfortable to say I’m the more senior. As I get older, I’ve gained some assumed credibility, but when I was younger, I felt I had to prove myself to be taken seriously.”

That said, she also gushes about working with some great men and women who’ve been very supportive. The team at LV=GI strongly believes you don’t have to dominate the conversation to get your voice heard.

There are sentences that make you cringe for their innate stereotypes and gender inequity, and then there are the sentences that shatter you down to the bone, no matter your gender. Answering the phone to hear, “I’m a child cancer specialist and I need to see you about your son” is one of the latter.

“My ten-year-old son had found a lump, and while the doctor thought it was most likely just a cyst, we were referred for an ultrasound on the Friday afternoon. Monday morning at 9am, a whole day of meetings planned, and I got a call from a consultant at the hospital insisting on seeing him that day. My whole world fell apart. He had a tumor.”

Many tests and scans followed to determine if the cancer had spread. Her son went back to school on the Tuesday while they awaited the results, but Dawn was left reeling.

“I tried to work, after all it wasn’t me that was ill. But I was sitting at my desk unable to focus. Unable to do anything but just sit. Worst case scenarios were spinning and spinning through my mind. My manager was great. They said, don’t worry about work, and sent me home.”

Fortunately, they had caught the tumor early, it hadn’t spread, and after a couple of weeks it was removed.

“LV=GI have been great about the whole thing, just brilliant. The whole experience was quite short, between the scans and the operation. We were lucky no chemo was needed. But there are quarterly appointments for follow up, and you don’t get a choice on time for them. LV was amazing supporting me with any time off I needed for hospital appointments, checking on my wellbeing etc.”

“To be successful you have to give up family time”

To be fair, Dawn can’t recall anyone saying ‘to be successful you have to give up family time’ to her face. But she thinks it’s become a socially accepted rule, that couldn’t be more wrong. And she now co-sponsors the LV=GI Gender Inclusion Network to help make sure other people see it as false too. 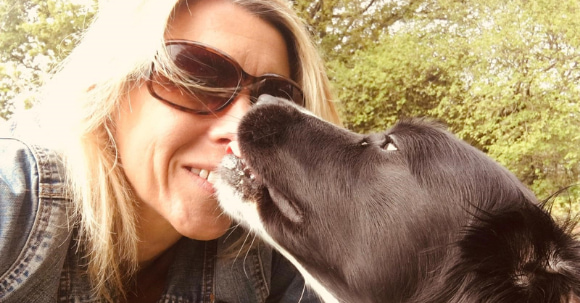 “I want to get across that you can have a career, you can make it work. No one should have to sacrifice either their job or time with their children – there shouldn’t be an either or. With LV=GI you can make it work, and you can be successful if you want to.”