6 simple rules for a ‘lucky’ career change with TransGrid

Meredith Butler thinks she’s just lucky. She thinks her career success with TransGrid has been a series of escalating good fortunes – and maybe it has, but we think there’s way more to her success than mere luck.

In three years, she’s progressed from a Finance Business Partner, to now being the Contracts and Commercial Manager of the multi-billion-dollar project making way for renewable energy infrastructure in Australia. She’s also been invited to participate in bespoke leadership coaching and other development courses.

“I kind of won the lottery with jobs I think.”

But in the words of Serena Williams “being lucky takes hard work”. And we think Meredith has worked marvelously hard and shown incredible courage to be as lucky as she is. We wanted to share her story along with a few tips for how to breed good luck in your career.

Meeting Meredith for the first time, it becomes apparent very quickly how passionate and dedicated she is to her career. She works hard and says she cares about her career almost as much as her family.

“My husband and daughter are the light of my life, and my job doesn’t define me, but it’s a big part of me, my life, and who I am.”

She’s a warm, bubbly, people-person but also isn’t easily distracted when work needs to get done.

Rule #2 – Surround yourself with motivating people

Standing up for the things Meredith is passionate about is made all the easier by having amazing people behind her.

“I have such remarkable support. My husband is my biggest supporter, he helps me push myself. It’s not like I couldn’t do it without him, but he gives me more confidence. We have a wonderful partnership.”

She also talks passionately around how much of a motivator her daughter is.

“She makes standing up for things so much easier. I don’t want the same conversations around women’s issues to be taking place for her. I don’t even want her to be aware of these conversations. I would love that. I will feel we’ve done our job if we get to that point.” 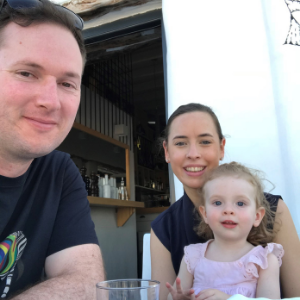 Meredith had been working within the Finance division of TransGrid for two and a half years when she sat down to lunch with her husband and told him she wanted to try something different. She loved the people she worked with, and the work was still interesting, but she had been in a similar role for a long time and was ready for a change.

She specifically recalls telling him about her interest in finding a commercial manager role. Low and behold, barely a month later, Meredith found herself in a meeting where someone mentioned they were in the process of recruitment for just such a role.

Some might call this lucky; some might find it merely a coincidence. But without a clear goal already in mind, Meredith wouldn’t have seen this moment as the opportunity it was.

Meredith admits she still took some convincing to apply. She thought the leap from finance to projects might be too big, and she’d be in way over her head.

Yet she found the courage to call the manager from that meeting who’d first mentioned the role was being recruited to ask if it was worth it for her to apply – he said, yes, of course apply!

Later she rang the executive manager from major projects. It was 6pm at night, but he answered her call and warmly encouraged her, saying, ‘It’s not a ridiculous idea at all, I absolutely think you should apply”.

Despite all the warm encouragement, Meredith still doubted her chances. But rather than being too scared of the risk of rejection, she threw her hat in the ring anyway. “You won’t do anything if you don’t try,” says Meredith.

It was also around this time Meredith had been invited to participate in a 6-month bespoke leadership coaching program. She voiced her doubts about being selected for the role to her coach. Meredith attributes her success in earning the role down to one simple piece of advice the coach gave her.

“You don’t have a capability gap; you only have an experience gap.”

The shift in mindset this advice gave her was the exact fuel she needed to approach her interviews for the role.

Of course, getting the role was only half the battle. From there she needed to live up to her capability. There was a learning curve of course, and she remembers being pulled in lots of different directions. By December 2020 though, Meredith was working with an amazing Project Director who has helped her grow into the role.

“She’s amazing. She’s helped me focus and pushes me to be better. I get the help and guidance I need, in an environment where I can share if I need help.”

Meredith may think it was lucky to have been blessed with such supportive director, but it was her eagerness to learn, her hard work, and her courage to ask for the help she needed that continues to be rewarded. 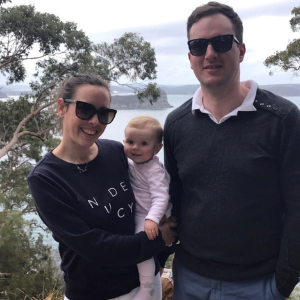 Rule #6 – Luck is the outcome of your deeds

Looking at Meredith’s achievements it’s clear to see why she feels so lucky. But a deeper reflection on the work Meredith has put into her career, her passion, her determination, and her courage show there has been no fluke of chance.

“Getting the role was a dream. I’m stretched every day, but I enjoy being challenged.”