A 4-day workweek and flexible working with 99designs

Anna McLeod, Creative Copywriter at 99designs, shares her story around the support she received when she asked for a four-day workweek, and the benefits this flexible arrangement has afforded her.

For a singer, flexibility is the ability to switch easily between different sounds, rhythms, and genres – to tell a melodic story and entertain an audience. Trust us, hitting the key changes of a Whitney Houston power ballad like “I have nothing” takes no small amount of skill. But for a copywriter working within a global creative platform like 99designs, flexibility is more about achieving a different kind of rhythm. It’s the creative dance between originality and maintaining a brand voice; balancing deadlines with the creative process; and finally, achieving the right balance between work and the rest of your life. At least that’s been the experience of Anna McLeod.

From Tuesday through Friday, Anna works with the Art Director and Creative Director at 99designs to develop all the creative assets for their platform’s marketing campaigns. She also acts as the brand guardian for the 99designs voice through internal and external communications.

On the weekends she spends time with her partner and two stepchildren.

“I absolutely adore my step kids. They are my source of energy, creativity, and peace.”

Then come Monday, Anna has time to recharge and prepare for the week ahead. But more often than not, she uses her Mondays to play music and take work as a voiceover artist.

“I love the freedom a four-day workweek gives me to accommodate my other passions.”

Flexible Working was a draw card

When she realized it was time to leave the hustle of ad agency life at her previous role, she started looking to what other opportunities were out there. The copywriter position at 99designs was one of the first jobs that caught her eye. While the values of the company were a big standout for the role, what really sold it for her were the magical words:

Straight away she imagined all the opportunities that asking for a four-day workweek could provide for her music ambitions.

She needn’t have worried. 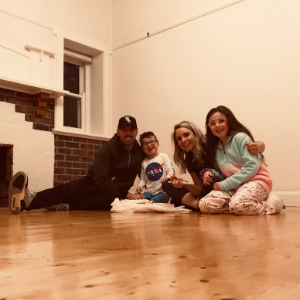 “When I mentioned my passion for singing and voice-over work and that this was what I wanted to pursue on my day off, they were really understanding. They were purely looking for someone who was the right fit for the role. I’ve been really happy ever since.”

The freedom and trust given was incredible

One of the first questions Anna remembers asking on her first day was ‘where do I fill out timesheets?’. The reply came back quick and casual ‘we just trust you’ll get the work done’.

“All I could think was wow! It was an adjustment to fathom the trust they had in me.”

In agency land, Anna recalls working with a lot of big egos, and feeling a constant need to prove herself. But with 99designs, if she stays passionate, driven and believes in what they do – that’s literally all that matters to them.

“It’s not a hard ask, because I truly love the work we’re doing, and believe in it.”

99designs truly trust their employees and their ability to deliver on what they do best. Anna shares how she is always given the space and time to think; no micromanagement or rushing of her creative process. Gone are the days of unreasonable deadlines or sacrificing quality for cost. She feels confident, respected, and free to be herself at 99designs and it motivates her even more to work hard for her team.

How a four-day-work week makes her better

The benefits of her four-day work week have been amazing. Anna says she has her time to chill, regroup and do all those things that fill her cup. Whereas in agency land, everything was a million miles an hour. The commute, the constant grind to be faster, cheaper, better.

“Everything felt so fast, I’m not sure how I didn’t have a mental breakdown.”

One of the most unexpected benefits is the effect it had on the bond she has with her children.

“Now everything has slowed down, I feel present when I spend time with them.”

Things like their sport commitments feel less like a chore, as she doesn’t feel the need to rush around at top speeds anymore. Coming back to work on Tuesdays, of course she has a slightly fuller inbox than usual. 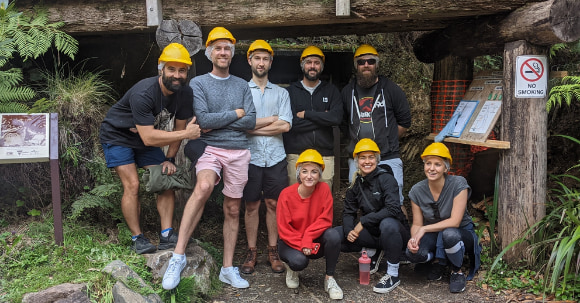 “But I’m never hammered for things. There are no guilt trips for missing anything.”

Anna admits it sounds a little cliché and cheesy, but she can’t get over the difference it’s made to her wellbeing.

“You wouldn’t think just one day could change so much. It’s only one day. But it’s made such a huge impact.”

If there are caveats, it’s not really flexibility

Anna isn’t the only one at 99designs using a four-day workweek to fulfil her other passions. There are team members in every 99designs office making the most of flexible arrangements and ensuring that work works for them.

Read about Mia de Burca, Senior Software Engineer, and her story with 99designs.

When 99designs says ‘we’re flexible’ on the job ad, they’re genuinely open to any conversation.

Truth is, maybe it’s not so much the four-day work week that’s made Anna so happy and motivated. But working for something she really believes in. The mission at 99designs is to create opportunities for people around the world, both within their global community of freelance designers, and for the thousands of people who use their platform. Flexibility is just one of the ways they help people create their own success.

“It’s a mission I feel to my core, and 99designs has made me feel like I belong.”