A career that allows you to travel with Rheinmetall

Erika Gallagher has always wanted to work overseas, so when an opportunity presented itself to move to Germany for three years with Rheinmetall she jumped at it.

Erika has always worked in defense, so when Rheinmetall approached her with a job that fit with her past experience it just made sense. Knowing she was married, Rheinmetall also offered a job to her husband that also fit his past experience. Supporting family and knowing that two jobs were more likely to get them across the line is one way Rheinmetall show how progressive they are in their hiring policies.

“It was a good opportunity to work on a development project that will eventually be manufactured in Australia. Rheinmetall Defence Australia are building the Boxer Vehicles (military tanks) for the Australian Army. All the design work happens in Germany, a bunch of Australians are sent over to learn how to design and manufacture various components of the tanks including the vehicle systems, turret, mission equipment and test equipment and then bring back the knowledge to Australia on how to build [the tanks] in Australia ourselves.”

Erika loves the varied nature of her role. Some days she’s at her desk writing up design documents or manuals on how to use equipment, sometimes she’s in the lab physically building test equipment and seeing if it works, or fault finding. Her work is cutting-edge and gives her the opportunity to learn things she couldn’t in Australia.

“I work in optical test equipment as a Design Engineer, building equipment to test our mission equipment. The work is more hands-on than in Australia, and for the area I’m in there isn’t a big industry in Australia yet. We’re learning knowledge that wouldn’t be as readily available in Australia yet either, though we’re working to transfer it back to Oz.”

Moving across the world

Before moving to Germany Erika did not know how to speak much German. From discussion to move, was only five weeks, so there wasn’t a lot of time to learn! Now she can speak to people in the street easily, but for highly technical conversations, Rheinmetall reverts to English to support their international colleagues.

“I love living here. I knew I would like it but didn’t realize I would absolutely love it so much. Even though Australia and Germany are both western cultures, there are differences in the ways of life and emphasis on things.”

“Culturally, when the sun shines everyone is outside, and there’s a big emphasis on being outside at the lake or in a beer garden. Overall, it’s a really great experience.”

In the office, Rheinmetall speaks German, and Erika was assigned a mentor to help her with integrating. Rheinmetall also provided German lessons for her to increase her language skills.
COVID has had a big impact on Erika’s time in Germany. They had just come out of a seven-month lockdown when we spoke. But Erika keeps looking on the bright side.

“COVID has taught us to really appreciate Germany more, and focus on the smaller things like going for a walk in the park or exploring nearby. Last summer we could travel around Europe with no tourists, seeing places that would normally be overrun with other people. It also enabled us to see what a real German does every single day.”

With European summer underway and lockdown easing, Erika and her husband are planning to be away every weekend exploring. 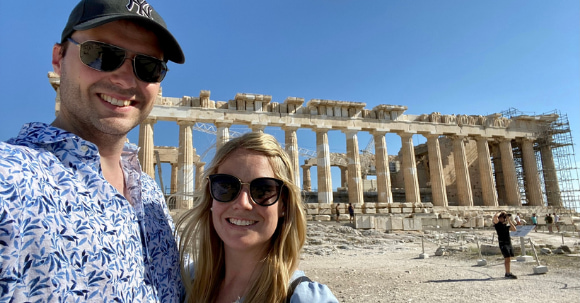 Lessons from moving for your career

It’s been an exciting adventure, but moving to the other side of the world hasn’t been without its lessons.

We asked Erika what she’s learned from travelling that she can apply to her career, and she shared:

To anyone thinking of relocating for work, Erika says,

“Definitely go for it. If you have a bit of a sense of adventure, are happy to integrate yourself into a new country, if you’re willing to learn the language, and enjoy new experiences then you should definitely go for it. It’s the best career decision I’ve ever made. It wasn’t where I was expecting my career to go, this sort of came out of the blue, but it’s professionally and personally one of the best decisions I’ve made.”

Women in engineering at Rheinmetall

Defense and engineering are male-dominated industries, but Erika hasn’t let that hold her back. When she was in school her career counsellor discouraged her from studying engineering because “it’s a man’s job”. But Erika said,

“I’m going to show her I can and went and enrolled. I don’t think you should let anyone tell you that you can’t do it. The world is not going to function if you don’t have female engineers. We bring a different perspective to the workforce and are involved in cutting edge technology around the globe.” 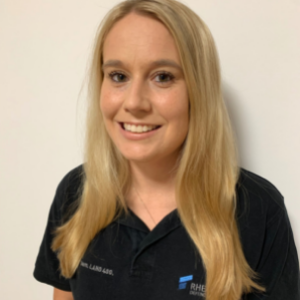 Erika loves her job and the opportunities it’s provided.

“A career in engineering is great. I’ve had access to equipment most people would never have access to. I’ve walked over military fighter aircraft and set up experiments with lasers at work. It’s a career that’s really fun and really interesting.”

As for Rheinmetall, there are lots of varied opportunities.

“It’s a really large company, and for it to function we have every type of person there. Most fields can be represented at Rheinmetall, and our company wouldn’t function if there were just engineers.”

Rheinmetall is growing and working on big, exciting projects. Their culture is to help people learn, grow and advance their careers in lots of different paths.