A family reunion: Returning to Ericsson after 7 years Helen Airiyan says there was never a dull moment during her initial 16 years at Ericsson. But in 2013, she made the decision to leave and see if the grass was greener elsewhere. Seven years later she’s returned to the Ericsson family. She shares why she returned, and how Ericsson has evolved over the last 20+ years.

Joining the family for the first time

Helen moved to Australia as a teenager, after conflict broke out in the country she was born, Azerbaijan. As a teenage girl who didn’t speak a word of English, she soon discovered the universal power of numbers! She successfully completed high school by choosing all possible variations of math subjects and went on to graduate from the University of Melbourne as a software engineer.

She first joined Ericsson in Stockholm, Sweden in 1997, where she worked on projects that would later unleash the mobile data tsunami. Later, when she returned to Australia in 2007, Helen helped design Telstra’s Next G network. The popularity of mobile apps was causing havoc to Telco’s networks and Helen joined Ericsson’s regional team to help customers adapt their network to deal with the new traffic patterns and maintain high quality service.

“I’ve always loved technology. I’ve tried to remain at the forefront of technology and make it easily consumable by our customers. Looking back, I feel like a bit of a pioneer! I was writing code for GPRS in the 90s when the idea of mobile data usage we see today would have been right out of sci-fi movies!

Her career at Ericsson gave her the opportunity to travel the world, but Melbourne was always her home. She continues to live there now with her Kiwi husband – Alan, and her totally spoiled cat – Dessa.

After working for Ericsson for 16 years, Helen was so proud of what she’d achieved, but was intrigued to see what other opportunities were out there. She continued to push technology boundaries with other major IT and networks companies and a small Australian start-up.

“I don’t think the grass was really any greener – it was different grass. There was a lot of evolution and exploration that happened in that time though.”

Helen says that life outside of Ericsson, the exposure to different cultures and ways of working, helped her grow. It also pushed her career into a new direction. When she left Ericsson, she had been in a technical role, but slowly her experiences with other companies grew her sales capabilities. 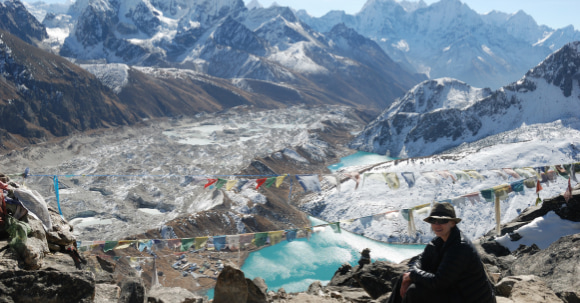 In 2020, just as COVID was starting to cause havoc to all our lives, Helen heard about a role opening up at Ericsson, and the opportunity was just too perfect not to go for it. It seemed the stars were aligned, as now she once again had the chance to be a part of the next data revolution in Australia.

“This was an opportunity to embark on an amazing journey with the leading Telco in Australia, towards something that I can only describe as a Holy Grail of the Telco world! A world where the network grew and shrunk on demand, where it predicted failures and healed itself!”

Her new role as an Account Manager for Telstra is about building strong partnerships and helping Telstra to be successful. Even though her background is tech, and this role is more customer facing than her previous, Helen loves the journey she’s on now.

“I love technology. Dreaming big, seeing the possibilities, and having a customer’s trust to take them on a journey – this holds magic for me! At Ericsson, we are the best at uniting for a common goal and that’s very energizing.” 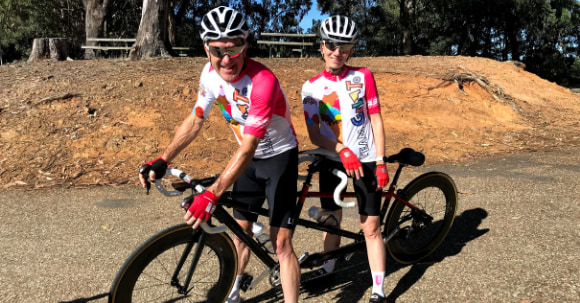 What’s changed at Ericsson between then and now?

“I feel that the essence of Ericsson – the people centric culture, the drive for a better world – has not changed. But Ericsson has certainly evolved and adapted to market changes, and new customer needs. Living in the world of today, I think some people question how companies will continue to adapt, particularly as new and nimble businesses enter the market. But Ericsson has been around for over 130 years, and that ability to pivot and redefine itself gives me confidence that this company is here for good.”

It never ceases to surprise Helen how a large, multinational company fosters such a strong feel of family. After being away for seven years, she admitted to feeling anxious starting back again, despite still knowing several people from her previous tenure. But by the end of her first day, Helen recounts an immeasurable sense of returning home.

“My first day I logged in, jumped into my first call, and all the memories came flooding back.”

She bursts with pride as she shares what it’s like working with the people closest to her: the patience and intelligence of the Principal Solution Architect she works with, the unflappable care her manager shows her, and the supportive ‘rays of sunshine’ she’s found amongst her other colleagues. 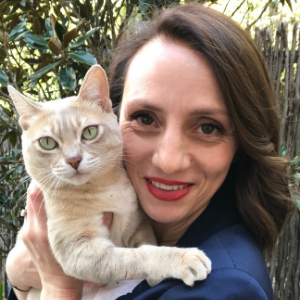 “Ericsson has an amazing culture. It’s a place where you never feel alone. At Ericsson we are not individuals trying to be heroes and win battles; the mentality is about making wins as a team. In my role, there’s a lot of bumps and things I need to solve, but having a great team, and great technology and tools backing me up is what makes solving those problems worthwhile.”

All together, we get the sense that while there are many shades of green, Helen has found the pasture, and the family she belongs in.