While we don’t like to play favorites, we must say we’re truly grateful to have nbn on the WORK180 platform as one of our key Endorsed Employers for the last five years. In July, they achieved #1 popularity in the IT industry on our platform. This is a growth from #12 last year to #1 this year!

Since WORK180 is a fully remote workplace, like multiple businesses we rely on fast, reliable internet services and appreciate the ever-evolving projects at nbn delivering high-impact change for Australians. We are also impressed with nbn’s continued commitment to diversity and inclusion. nbn have a holistic approach to diversity and inclusion, with efforts to attract underrepresented candidates across all segments. WORK180 were delighted to speak with Darren Mills, Executive Manager within the Network Management business unit.

To explain Darren’s role very simply, he is responsible for making sure the network is available to customers. The network operating center resembles a massive control room — very much like NASA. From time to time, nbn host students from high schools and universities to experience a day in the life of a network controller through information sessions — and just about everyone gets excited when they see the big screens because it does look like a scene straight out of a movie! It’s a great opportunity to experience something like this early on and one of the ways nbn encourages students to consider a career in telecommunications, technology or engineering.

The word diversity gets thrown around a lot, so we asked Darren what diversity means to him as a leader at nbn, and he says,

“Diversity comes in many forms, gender is one of them. At nbn, we have the opportunity to recruit talent from a range of backgrounds. While gender is important, we also need to consider people from a range of experiences, industries and abilities, etc. This enables access to diverse thinking, an approach to generate great ideas.”

Darren adds that to be a successful leader requires a combination of technical expertise and a strong desire to set people up for success. This balance in capability is not always easy to find, so Darren recommends a lot of patience during the recruitment process to find the right candidate.

“Be patient in the recruitment process. I have seen many technical experts become poor people leaders.” For example, engineers are typically very intelligent subject matter experts, but they also need to align with the purpose, narrative, and stakeholders of nbn and see the value in harnessing the abilities of those around them.”

Bias — whether conscious or unconscious – can happen all too easily in recruitment. Darren is well aware of this and says,

“As leaders, we need to plug into our blind spots and make sure that we are recruiting people for their strengths, and the additional value or skills they can bring which might not otherwise be represented in the existing team. We often talk about ‘Cultural Add’ being more important than ‘Cultural Fit’ – it’s important to be aware that we are generally inclined towards people who are similar to us and to mitigate for that at times.”

Darren recalls a time when he offered a role to a pregnant employee. The role was a one-year secondment opportunity. Given her impending birth, the employee he offered it to was only going to be able to complete six months of it before going on parental leave but that didn’t deter Darren from offering her the role, given she was clearly the best person for it. Darren recalls that she was quite shocked to be successful for the role given her pregnancy. He says that her surprised reaction was a wake-up call for him to recognize that there is apparently still a degree of stigma around pregnancy and career progression.

“I said to her she was the best person for the role and it didn’t matter if she was pregnant or not. It shows that there is still blatant discrimination around, let alone the often less obvious discrimination that occurs. What I took away from that was it highlighted my blind spots and assumptions. We often don’t see that we are in a privileged position relative to others. I’m still learning all the time.” 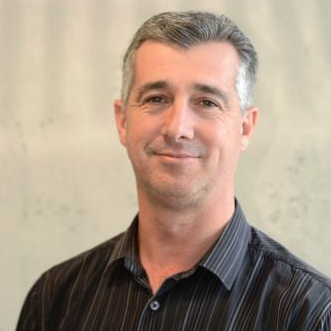 While it’s important to have diversity at work, inclusion and belonging allow people to fully bring themselves to work and embrace differences. We asked Darren how he encourages others to bring their whole selves to work. He says,

“I’m very aware of the leadership shadow I cast onto the 315 employees in this business unit. I try to be optimistic and role model the behaviors I expect from others. We all look towards our leaders for guidance on the behaviors that are expected and accepted so I need to set the tone on that.”

Standing the test of time

“Given nbn is a nation-building project, we had to be conscious of who we brought in to ensure they aligned with our values and purpose. ’One Team’ is one of our core values and we need people who live that, and are inclusive, respectful and considerate of others.”

Darren is proud of his team who have been integral to lifting the digital capability of Australia at the start of the pandemic.

“We were all put in a situation where Australia was working from home and studying home education. I would be in a video conference, and my daughter would be in the other room doing uni. The people here have truly stepped up. There is clarity and alignment to our purpose as a collective team. We were operating at our best performance ever when everyone was working from home.”

Why work for nbn?

Darren has a very interesting career history. He joined the army at 16 years of age and then started a career in telecommunications. On joining nbn, he says,

“The reason I wanted to work at nbn is that I saw that I could help. I saw an opportunity to do something different for the nation and the prosperity of our future.”

Darren leaves us with his final thoughts — musing on the importance of patience as a virtue.

“The key to success for me is to be patient. Invest in your team. Take a genuine interest in them, challenge them, but don’t put someone in a role where they will struggle unless you intend to support them adequately and set them up for success. Diversity will only thrive where you have inclusion.”