Sara Borgstrom was the first person to be placed in a position by WORK180, and that job kickstarted her career. Six years later she’s at BHP, another Endorsed Employer. We talked about her time in BHP’s Digital Factory and being a woman in tech.

Sara was born and raised in Trelleborg, in southern Sweden. She moved to Australia eight years ago and spends as much time on the beach as possible! She came across WORK180 when she was job hunting after her arrival.

“As a woman in the technology industry, you do want to work for companies that have that gender balance and an awareness that is it a challenge for women sometimes. That really drew me to WORK180.”

Sara joined one of our Endorsed Employers based in Perth, saying, “It really fast-tracked my career and set me up on a good path”. One of her clients in that previous position was – you guessed it – BHP! “I worked at BHP on two different projects. I got to know a lot of people there and thought it was a really interesting domain.”

After three years in Perth, Sara moved to a start-up in Brisbane and was responsible for customer-facing technologies. “That was fun and fast-paced but high stress.”

Taking a break from start-up pressure, Sara was contracting when someone she had worked with consulting to BHP approached her.

“I’ve been following WORK180 and read their articles ever since [I got that first role] and find it very empowering. I’ve been in contact with WORK180 about the Endorsement [for other employers], so I know it’s a lot of work. It’s great to work for a company that is endorsed.”

The technology team at BHP are shaking things up, and Brisbane is the first area globally to introduce a new set-up that will be rolled out globally.

“I’m in the Digital Factory. It’s the new way BHP is delivering high-value technology to the assets. We’re pushing boundaries and changing delivery models, so it’s really exciting. My role is Principle Scrum Master. I’ll be sitting across all the teams, and my mission is to enable the teams to deliver value at velocity. I’m a ‘roadblock remover’, but at the highest level.” 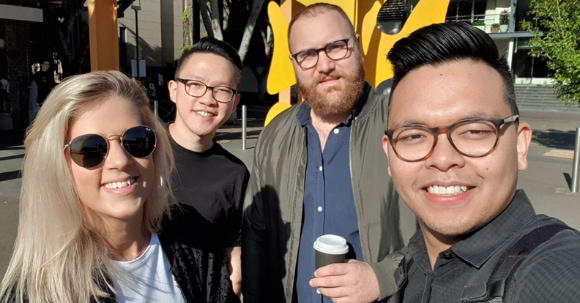 Now that she’s settled in, Sara says, “I really enjoy it and I feel very proud to work here. What we’re doing in the Digital Factory is a new way for BHP to operate, and we get to have an impact on how the company moves forward. The technology we focus on keeps people safe and drives change”.

Across Australia, the mining industry is 17% women. BHP have a goal to reach 50-50 gender balance globally by 2025. Aware of the challenges women can face in technology, Sara loves this value at BHP.

“The Factory is really strong on the target, so there’s no hiring unless we’re aiming for 50-50.”

Sara runs a program called the Female Talent Acceleration Program. During interviews, they identify women who are smart, ambitious and display all the behaviors BHP wants in their people, but may have technical knowledge or skills gaps.

“They wouldn’t be able to deliver from day one, so we work very closely with them, pair them with a mentor and create a development plan to get them up to speed as fast as possible. They will be able to fill a role in a team within 3-6 months. The mentor is someone who wants to move into leadership but is new to it, so the program creates opportunities for multiple people.”

They’re in the early stages of their first implementation of the program, and it’s another way BHP is leading the industry in innovative ways to access diverse talent.

“These women aren’t graduates, they have experience, are so clever, and they blew us away in the interviews. They have Artificial Intelligence and machine learning backgrounds but want to get into full-stack development.” 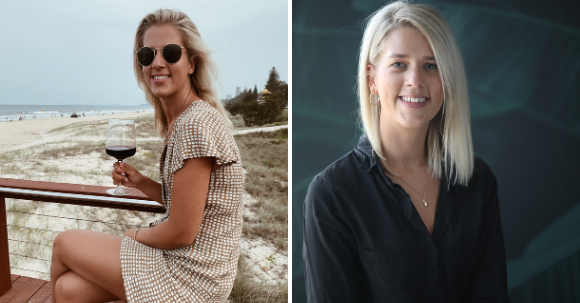 With their focus on 50-50 gender balance, things are changing in all levels at BHP. They have recently appointed a new CTO and three VP’s who are all women.

“There’s a lot of new leaders who are women, and the balance is improving at those levels. It means you can see yourself in these positions.”

To someone trying to assess a company’s commitment to diversity, Sara suggests:

Sara’s excited about her future.

“BHP is an opportunity machine – you can almost do anything!”