Travelling from kitchens to concrete – Boral

Emma Chomicz worked as a chef for a two-hatted restaurant that was named Australia’s best steakhouse in 2016. She’s got big goals and likes to achieve things at work. When she realized there was not much more career progression in chefing, Emma knew it was time to move on.

“I’d achieved what I wanted to achieve. All my family is in construction, so they suggested I do truck driving and traffic control.”

The world is your oyster

After finishing up in the restaurant industry, Emma went to Europe for three months and got a taste for travel. She laughed about buying a pack of gummy bears in Switzerland for $16!

When she arrived back in Australia, she got a job doing night shifts as a truck driver, which she enjoyed but the travel bug had bitten again. 18 months later she returned to Europe for four and a half months. Emma’s grandmother was a prisoner who survived Auschwitz, and visiting the site was a personal highlight for Emma. She also loved Prague, with its old town and character.

Back in Sydney, Emma’s goal became buying a block of land and building a house on it. She took a role driving Agi’s for Concrite to help her create the life she wanted.

An Agi is an Agitator – the concrete mixing trucks with a spinning barrel on it that mixes the concrete. Emma drove to a variety of sites – big civil projects, footpaths, house slabs and everything in between. Part of her role included getting the cement the current consistency to pour it – she describes it as a recipe but for cement!

A breakdown driving a breakthrough

When her Agi required repairs, Emma’s Leader provided alternative options and asked her whether she would work in the yard or learn to batch. She chose batching, and never left – almost two years later she’s still doing a job she loves that she only started because of a truck breakdown!

Batching is operating the plant to make concrete — using the computer program, organizing the trucks to come under the machine correctly, mixing the various batches that different companies and sites require, and making sure the plant runs smoothly. And it’s also changing Emma’s life.

“I just bought a house. I couldn’t have done that without this job. I like my job, and I’m happy where I am in life.”

Emma shift starts with a plant inspection, turning on all the compressors, checking materials, validating water and stock inventory levels. She starts all the systems, ensures everything is running smoothly, and then starts filling the waiting trucks. 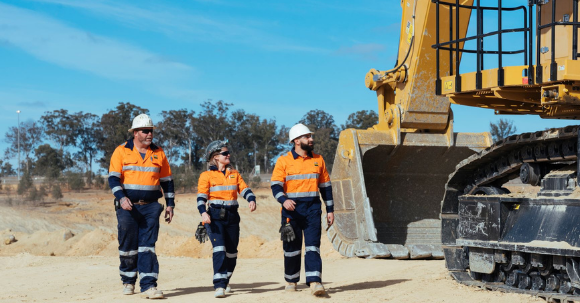 It’s exciting and high-pace, getting trucks in, under the concrete machine, filled, and back out to get to their relevant site all with a quick turnaround. The role requires early starts which means Emma sometimes finishes early.

She’s also continued to travel, spending six weeks in America at the end of 2019, a trip to Fiji, and pre-COVID, she had tickets booked to Norway — a trip she’s now saving for when we’re allowed to travel.

Shared skills from cakes to concrete

Moving from being a chef to batching concrete sounds like a big departure, but for Emma, the skills she built in one serve her well in the other.

“Making a cake and making concrete is similar. Batching to me is like following a recipe to create all different mixes.”

When we asked her what skills Emma thinks she learned as a chef that help her at Concrite, she said patience is a big one. Truck driving, Agi driving and batching can all be seen as non-traditional industries for women, but Emma says,

“It’s a really good job, and requires minimal fitness. Everything is remote controlled. It may look intimidating, but it’s not at all.”

Emma’s biggest challenge when shifting careers was learning the new technical skills for her job. She did an intensive training period to learn about the trucks, the slumps, routes to major sites, how to read dockets, learning the plant and everything else she needed to learn to succeed.

Emma knows this is a stable career that’s going to support her goals of travel and owning a house. 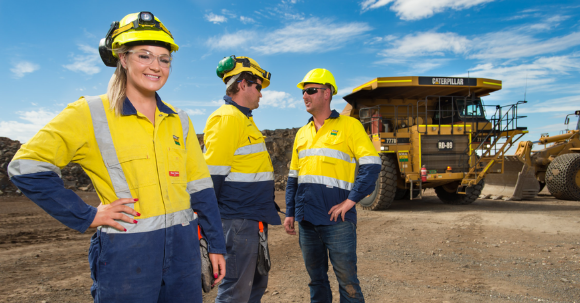 The culture at Concrite is supportive, and they’re actively trying to bring more women into the organization. Emma shared

“I would like to see more women on site. I don’t know why there aren’t. At Concrite, we’re all treated equally.”

There is good job stability, you have a team that supports you, all the backup that you need, and ongoing training. For Emma, the job is fun and exciting, so she enjoys what she’s doing day-to-day.

“It’s like a big game. It’s all done on computer screens. It’s like a video game and if you get it right and get in the groove, the day goes really fast.”