Heather Waugh can think of few jobs that will give you more pride than driving a freight train, being responsible for a 2000 ton, ¾-of-a-mile-long vehicle. And despite being the only woman freight train driver in Scotland, she believes there’s no reason for women to be intimidated by the job.

Originally a passenger train driver, Heather joined Freightliner in 2019 and regrets that a misperception of freight held her back from entering the sector sooner. Her advice to others is to challenge their preconceived ideas because they may not always be the truth.

Heather’s dad was in the rail industry for 45 years, and she recalls many fond childhood memories of exploring the UK by train.

“My mum and I would travel to football matches or just explore new places. The railway always felt like home and even at a young age I could see how the railway family looked after one another,” she recalls.

Despite this fondness, Heather never considered a career in the rail industry, instead starting out in the postal service, working as an operations manager overseeing 80 postmen. She did this for 10 years but wanting a better work/life balance she started to explore alternative career paths. 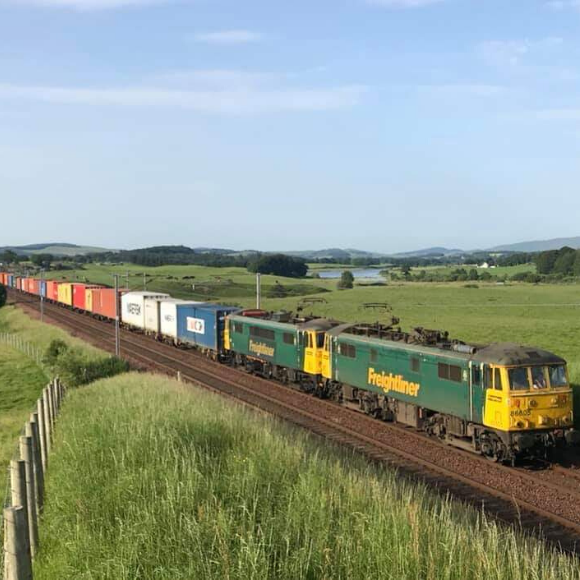 “I looked into train driving and felt I had all the necessary skills: I had good concentration, I’m calm under pressure and I don’t mind solitude. I also felt it would be a job that I’d be proud of,” she says.

“The moment I stepped back into the railway environment, it just felt right, it felt like I was home.”

After driving passenger trains for 10 years, Heather describes her move into freight as completely left-of-center.

“Many passenger train drivers have a false impression that the freight industry offers poor conditions, poor security and has less professionalism.”

So when Heather learnt that a colleague had accepted a job driving freight trains for Freightliner, she was concerned for him.

“He took the time to dispel some of the myths about freight and showed me the roster he’d be working to. It had the most amazing work/life balance structure I’d ever seen, giving the driver plenty of quality time off, reducing fatigue,” she recalls.

“I went home that night, researched Freightliner and saw they had a vacancy at a depot two miles from me. I applied that evening!”

That was January 2019 and she hasn’t looked back, finding freight train driving to be completely different but far more enjoyable than passenger rail.

“Imagine driving your car in a city centre, with the constant starting and stopping, and watching for pedestrians. It’s mentally draining and not very enjoyable. Compare that to a drive in the country, which requires equal concentration, and challenges your driving and route skills, but it’s ultimately more enjoyable,” she explains. 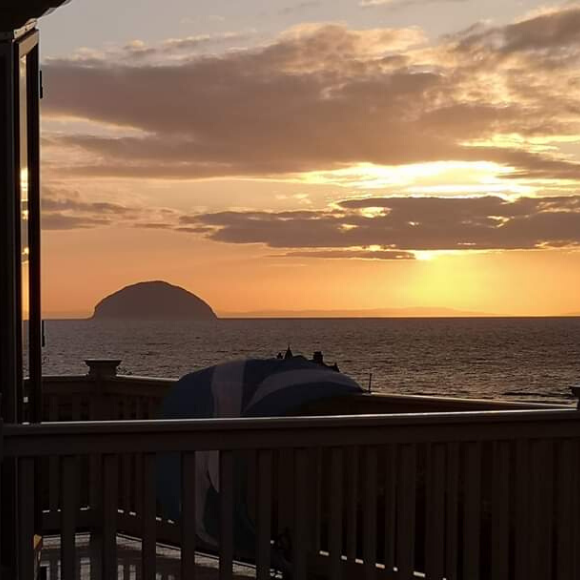 “I’d always heard of this famous work/life balance and I never quite understood what it meant. Now I do!”

Heather’s now able to spend more time doing the things she loves like going to the rugby, being outdoors and visiting her caravan in southwest Scotland, where she enjoys cycling, kayaking and walking.

“My only regret is that I never considered the freight world sooner, and that was all based on false perceptions!” She encourages others not to do the same.

The importance of being visible

After becoming aware that there weren’t any other woman freight train drivers in Scotland, Heather was initially anxious about accepting the job at Freightliner. She questioned if she’d be accepted or whether the job was too physically demanding.

“Freightliner took the time to answer all of my questions, quell my fears and make me feel valued,” she says. “The reality is it was the quickest I’ve ever settled into any job – I felt part of the team right away. And the aspects of the job that I feared would require strength just require technique and practice.”

Not wanting to draw attention to herself, Heather would have once avoided discussions around gender diversity and equality.

“The temptation for women in male-dominated industries is often to play down your gender so that you can fit in, rather than stand out. I just wanted to do my job and be accepted,” she says.

“But I’ve come to realize that it’s important for women to be visible, so that others are encouraged into jobs they might not have considered. Freightliner has really given me the support, encouragement and confidence to speak up, and I’ve had such a positive experience in freight, it’s important other women see that.”

Having spent her working life in non-traditional industries, Heather advice for others in similar situations is to be confident, stand up for yourself where necessary and support other women.

“I think many women don’t want to challenge bad behavior because they don’t want to be seen as creating problems, but it’s vitally important we do.” she says. “You should never hesitate to seek support from others.”

She also insists women have a lot to offer non-traditional industries. “Women shouldn’t feel they have to change themselves. You should be proud that you’re bringing a different energy to the room.”

Fortunately, Heather’s experience within the rail and freight industries has been largely positive.

“Your colleagues first and foremost see a train driver. They know that you’ve done the same training as them and you’ve gotten where you are on merit.”