Engineering an international career in construction

Frances Badelow started her career with Mott MacDonald in 1990 as a graduate in the UK. Now, 30 years later, she’s the General Manager of Australia, and she’s had a lifetime of adventures in between!

Frances worked with Mott MacDonald for eight years when she first joined them in 1990, first in Manchester, then outside London and then Hong Kong.

“Having caught a bit of the travel bug, I wanted to come to Australia, but Mott MacDonald wasn’t in Australia at that time. I thought I’d be back in a couple of years, and they said, ‘we’ll welcome you with open arms’. But I fell in love with Sydney and never went back!”

Fast forward 17 years, she was working for a Geotechnical specialist consultancy in a highly technical role when her old boss from the UK asked her to join Mott MacDonald in Australia. She rejoined them in 2015 as the Geotechnical Practice Lead for ANZ. A year later, they asked Frances to take on the NSW State Manager Role, and this year she became the GM for Australia.

Frances arrived in Australia in 1998, and following the 2000 Olympics she said Australia has been on a growth trajectory.

“For an engineer working in infrastructure there were fantastic opportunities.”

When working in the UK, there was a period when none of the projects she was working on actually got built.

“As an engineer you want to see the fruits of your labour!”

At Mott MacDonald she’s been part of a number of big, exciting projects, and they keep on coming. Some of the projects Frances has worked on include the Lane Cove Tunnel, Barangaroo, and the Darling Harbour Development.

I actually got to use and enjoy the projects I’d been contributing to! I felt really passionate and a sense of pride about it. It’s quite rare [that you get to use the projects you’ve developed].

Now there are a number of infrastructure developments on the horizon, with Melbourne Metro, Sydney Metro West and Metro Western Sydney Airport. There are some big, long-term contracts that create opportunities to grow their employees’ skills and share international experience with their local market here.

A passion for their people

Now, Mott MacDonald is in a position where opportunities create more opportunities. They’re also actively focusing on their diversity and inclusion approach to ensure they bring more women in and keep them engaged.

“We’re pretty excited at the moment because winning projects like the Sydney Metro Engineering Design & Assurance partnership has raised our profile within the industry. We’ve had similar wins down in Melbourne. Good engineers follow good projects, so we’ve seen people are intrigued about us. Through winning the Sydney Metro commission we’ve been able to attract some fantastic female talent into our team.”

Mott MacDonald knows that there aren’t enough women in leadership roles across the industry, which is why they focus heavily on developing emerging leaders. Frances also hopes that she will inspire other women to keep striving for leadership positions.

Frances herself can recall times in her career when she had young children and had to slow down her career progression, but thinks more people recognise now that your career can have ebbs and flows. Mott MacDonald wants to offer parents — or anyone who needs it — the flexibility to dial their career up or down without being overlooked. 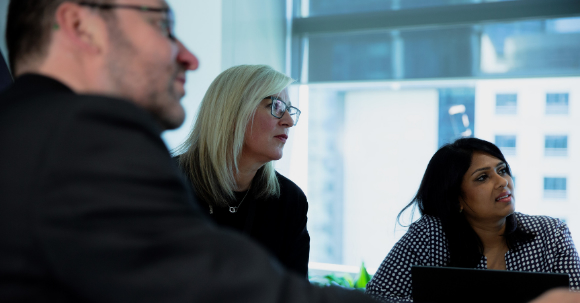 As a woman assessing the opportunities in a construction organisation, Frances suggests:

When employees run the show

Mott MacDonald is employee-owned, which impacts everything about the way they operate.

It is central to one of the key pillars of our culture which drives collaboration. If every part of our business goes well then all our employees benefit. There are no external shareholders to answer to, which allows us to invest in things we want to as a business, and have a longer-term strategy on those investments.

They decided to focus on carbon emissions and are the first globally in their class to be certified carbon neutral. That gets translated into some of the projects they will and won’t accept, because they won’t work against the company values. The flat structure means there aren’t a lot of management roles, and they can focus on projects. Mott MacDonald ensures, though, that they focus on training their line managers and continue to find opportunities for people to progress.

Their focus on employees translates to benefits, as well. Employees have insurance benefits including salary continuance, accident and life insurance (at four times base salary, they are rolling out a purchased leave option and recently introduced Domestic and Family Violence leave. There is parental leave, and they do a lot around corporate social responsibility which things like beach cleaning days.

As a final word, Frances shared her career advice for people coming up.

“The best person to drive your career is yourself. As long as there are the tools and opportunities for you to drive it — which there are in Mott MacDonald — you’re in a really good place to progress.”

Think twice before you say no to an opportunity. Sometimes the things I’ve done haven’t necessarily quite suited where I am in life, but you just have to look at these opportunities and think ‘let’s give it a red hot go!’ You should never fear failure — sometimes you do have to fail, it’s the quickest way of learning.

Subscribe to our monthly Women at Work email to find out about new stories, events and career building resources.