Equipped with tools for a strong career in mining – South32

Diversity and inclusion advocate Siri Schlebaum attributes hard work and resilience as motivators to help her get to where she is today. At only 27 years of age, Siri has had many career milestones already and she is only just getting started.

As a Graduate Mining Engineer at South32, Siri is in the second year of the three-year program and loving the experience and learning opportunities on offer, rotating through different areas of the business every four to six months.

“I work at Dendrobium Underground Coal Mine, owned and operated by South32 Illawarra Metallurgical Coal,” Siri said. “The mine produces metallurgical coal for steelmaking. From planes and trains, cutlery to cars, steel is all around us, and coal for steel is an important part of the fabric of our modern society.” 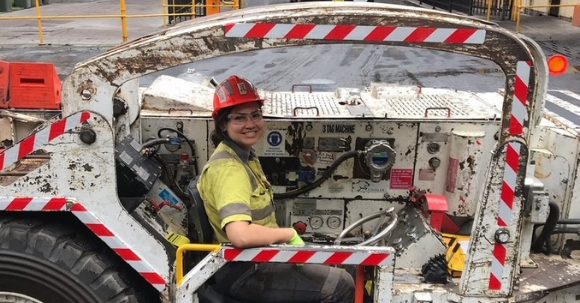 Currently working as the Longwall Changeout Coordinator, Siri oversees and coordinates up to forty members of Illawarra Metallurgical Coal’s workforce at a time. Siri is involved in all the planning, scheduling and logistics that go into managing the longwall.

Siri says her current rotation is a step-up from a regular graduate role and she is thrilled to work on challenging projects.

“The company is very supportive in diversifying my skills. I get to rotate through different departments and roles multiple times through the program. If there is something I would like to explore, South32 is happy for me to focus on that area as a development opportunity.”

We asked what attracted Siri to get into the mining industry. She shares how much of a positive influence and role model her father was. He often took her to industry conferences and work sites as a teenager and Siri loved the learning experience.

“My dad was an engineer and would take me on site when he could. He was well respected in his senior position but was still very hands-on and practical. I was impressed, and I wanted to be like that.”

Siri likes to be involved in the nuts and bolts of mining — and much like her father, enjoys the hands-on aspect of the job. In one of her graduate rotations, she worked underground as an operator in different areas of the mine and used heavy equipment.

“Some aspects underground can be physically demanding. Luckily, I’m quite fit, so it helps. I enjoy powerlifting and spending time at the gym,” Siri said. 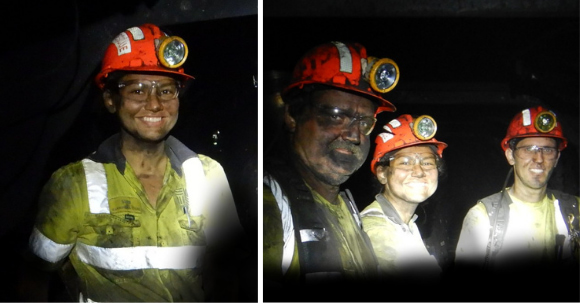 Advocating for women in mining

Siri knew about South32’s strong commitment to supporting women. It seemed like a great organization to work for from the outset.

“I was lucky enough to have undertaken vacation work in both Thailand and the Netherlands, however when I was finishing up my degree the mining market was down, and the grad programs were competitive, so I ended up working as an underground operator prior to South32,” Siri said. “Eventually one of my professors from university reached out and put me in contact with South32.”

Having experienced working in different sites across the world, Siri can definitely say her experience at South32 has been the best and most progressive. She has already seen a change in the mining industry when it comes to gender equality. When she started, separate underground facilities for women were just introduced.

“Facilities for females underground may seem like a small change, but it’s a great step in further developing diversity and inclusion in the workplace and attracting and retaining female STEM professionals.”

“I was also drawn to the flexibility and work-life balance. Flexibility looks different to everyone and you just have to think about what works for you,” Siri said. 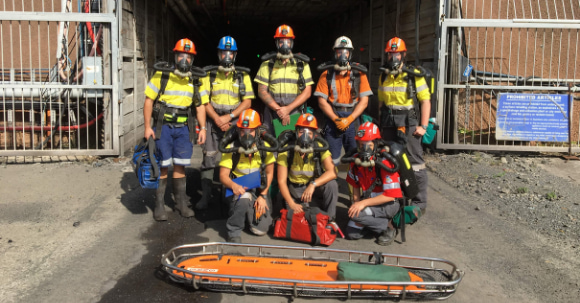 It seems there no stopping Siri when it comes to learning. She undertook training to become one of South32’s Mines Rescue Brigade. This is a rescue service for responding to and dealing with any emergencies in coal mines, an additional role to her day-to-day. But that’s Siri, always looking at how to develop as a professional and support others.

“I took part in a regional mines rescue competition in 2019,” Siri said. As part of my training, we run emergency simulations where we respond and manage different situations.”

Getting involved in conversations of change

South32 has an Inclusion and Diversity committee which Siri is a proud member of.

Siri explained, “We meet quite often to discuss ways to attract more women to join us at South32, and learn more about the industry more broadly.”

With just a year to go until Siri’s graduate program wraps up, we asked what was next for Siri and her career plans.

“I’m working towards obtaining a Mining Supervisor certificate (Deputy’s ticket). This is part of the statutory team. Having this certificate will give me the flexibility to move into more senior roles. South32 is always willing to support and invest in ensuring we do our best, so the company offers us paid study time.”

The learning doesn’t stop for Siri, and we believe there is a bright future ahead for her. We ended the conversation with Siri sharing a valuable piece of advice, which applies to everyone. She reminds us to make sure we prioritize the important things in life and don’t forget to have fun. 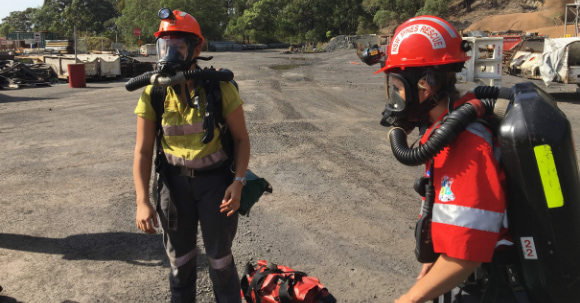