Finding meaning in construction at Multiplex

Erin Pidcock is known for being smart, ambitious, and having a wicked sense of humor. Her non-traditional career path has led her to be Operational Development Manager at Multiplex Constructions, and her success there means her team is growing to make even more of an impact!

Making an impact in construction

Erin has been with Multiplex for 15 years, and she knew she’d made the right decision to join them not long after she started when she realized what the culture was like.

“I was the only girl on my project, and although I was ok with that, it is still daunting as I was just 19. The first time I knew I was going to be ok and that these guys I worked with weren’t as ‘blokey’ as I thought was when I was three weeks in and I could hear two Project Engineers behind me talking about the diets they were on their exercise regime (including green juices and a yoga retreat) and measuring the circumference of their waists with a tape measure – I am going to be ok!”

She knew she loved construction and the impact she can make when she worked on the Star Casino project back in 2009. 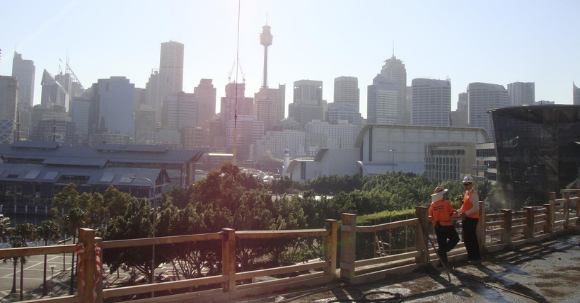 In her role as Operational Development Manager, Erin’s role is diverse, with her tasks dependent on the company’s needs. She develops and manages initiatives and projects that span multiple departments, including Safety, Quality, IT, HR, and Finance.

Erin’s focus right now is Operational Learning, and she is creating new ways to teach ‘how Multiplex builds’ within their technical trainings. She’s proud of the impact she has in making peoples’ lives easier when they’re onsite – even if they don’t even know she had a hand in it!

Erin has connections across departments, states and regions, and her diverse relationships means she hears what’s happening on sites, how people are impacted, what’s working – and what’s not. She takes all that knowledge and applies it to initiatives and projects that improve peoples’ work experiences. 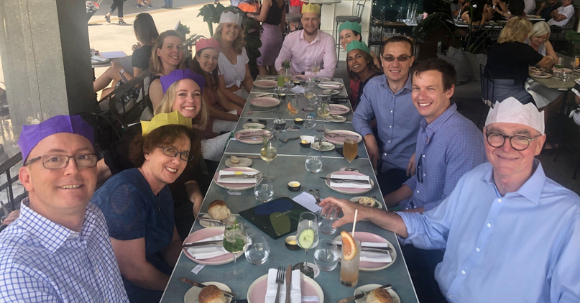 What it’s really like as a woman in construction

We’ve all heard the stereotypes of what it’s like on a construction site, so we asked Erin what her lived experience has been with Multiplex – and she assured us there’s no wolf whistling at all! Erin was familiar with Multiplex, because her stepmother worked there for a number of years, and now she says,

“I knew I would be working hard, but that it would be rewarding with all the people. I truthfully can say that while I knew the company name and the size of Multiplex, I didn’t appreciate how lucky I was to have a job with them compared to other construction companies – as I do now.”

Throughout her career, Multiplex have supported and encouraged Erin to take on new opportunities and exciting challenges, taking risks that showed they believed in her along the way. Her current role was created for her to make an impact, and demonstrated how much they value, support and trust her in what she does. 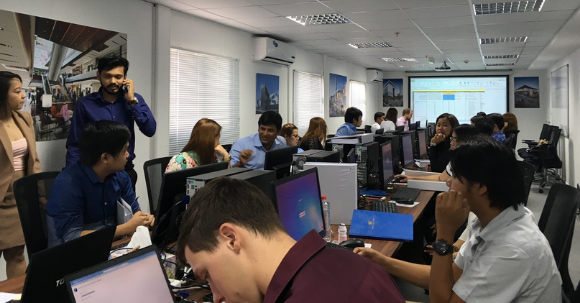 Erin outlined her perfect workday, and it sounded pretty good to us! On her best days at work, Erin starts early – Multiplex offer flexibility about start and end times where they can – and then meeting work friends for coffee and connection. Those relationships help her understand what’s going on around the business and how she might be best able to support change. As a collaborative worker, she enjoys workshopping training package scripts, and meeting with creative agencies to look at innovative methods of delivery.

Taking advantage of the flexibility on offer, Erin works from home when she can, and pre-COVID loved to travel. Her perfect workday involves a trip to the airport to head to London for international implementation (and some in-flight champagne). It’s clear from her description that there are opportunities for collaboration, innovation, travel and building relationships.

Erin was keen to point out that she’s had a non-typical construction career path. And that opportunity to do something outside the box is one of the things she loves about Multiplex.

One of Erin’s most rewarding projects was a project at The Chris O’Brien Cancer Research Centre and hospital known as ‘Lifehouse’. She says it was the hardest job she had worked on, but she also learned the most. Additionally, the project was close to her heart.

“I am a survivor of childhood cancer, and so it meant a lot to me what we were working on and what we were delivering. Additionally at the time my mum had been diagnosed with stage 4 melanoma and was undertaking a clinical trial for treatment, so I knew the value of the final product and the good it would do. Sadly, my mum passed away in 2013 while I was working on this project.”

When the project finished, and still grieving her mother’s passing, Erin reassessed and decided it was time for a change. She resigned from Multiplex, tried out another company, and then decided to attain her Certificate 4 in Training and Assessment. Multiplex reached back out to her and she rejoined with a new purpose. Her career grew from strength to strength, with multiple promotions, new opportunities, and travel. 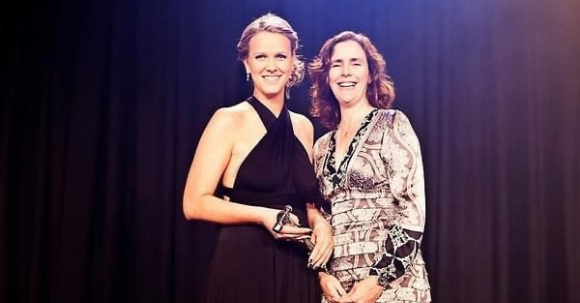 “It was a very surreal time as I was just married, and had taken on this momentous occasion which saw me strategize this roll-out to over 80 projects in over six countries, most of which I had never been to before. I would be walking into their offices as the ‘face of change’. It was the most stressful and rewarding thing I had ever done.”

Not slowing down at all, Erin had a number of other changes and her career just kept expanding, until she ended up in her current role. 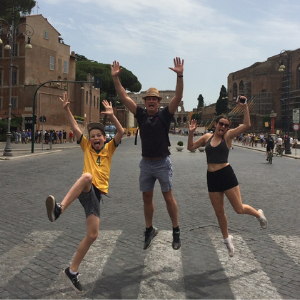 How to build a successful career in construction

Erin’s 15-year career started with a cadetship and moved through many regions, positions and so much growth.

We asked her tips for making a successful, interesting career, and she shared:

Erin enjoys her job, the opportunities she’s had at Multiplex, and that her career is built upon strong relationships. 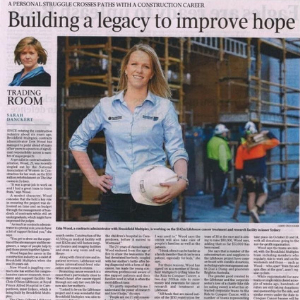