Going all aboard a career change

With a decade long career at Southeastern Railway, Rebecca Smith has spent the majority of her time as a train driver. A role which was almost a spontaneous decision after seeing a vacancy while working on the platform. It’s a decision she is proud of, and she smiles as she shares how rewarding it is to get friendly waves from passengers traveling with their children.

These days, it’s not as unusual to see a woman in the driver seat — a role which also landed a big feature on Stylist Magazine! In our chat with Rebecca, she shares some funny moments in her career and tips for success.

Sitting in the driver seat of your career

Rebecca is currently on secondment as a 707 Implementation Driver. Southeastern Railway is bringing in 30 of the new 707 trains, and her role is to make sure it runs safely and smoothly on our network, and that other train drivers are trained to operate them.

“I’m responsible for testing the 707 trains alongside other drivers in the implementation team. In particular testing safety and efficiency across the network. I’m responsible for training Southeastern drivers on how to operate the new trains and provide support to other members of the 707 team.”

Rebecca is enjoying this secondment opportunity because it allows her to test out new train networks.

We asked whether it was a love of trains that motivated her to apply for the train driver position. She laughs and shares that she was actually scared of trains.

“When I was a child, I was scared of trains because of how fast they ran through stations. A year into working for Southeastern Trains, I saw a vacancy to become a train driver. I talked to drivers to see what the role was like and then decided to apply.”

The application process at the time involved an assessment. After training begins it takes about 12-18 months before you get qualified. There are about 50 classroom days in total and practical training where you get paired up with a driving instructor.

Rebecca is happy to have taken this career change and shared with us what she loves most about it.

“There is a lot of autonomy and importance to the role because you’re in charge of everyone’s safety. I also like that you’re not in one place all the time. When families are travelling the children wave at you. It’s a regular thing.”

A career milestone for Rebecca was being featured in Stylist magazine.

“I have been very fortunate to be put forward for opportunities such as the Stylist Magazine feature which has given me confidence and made me feel valued. They wanted a young female driver on their work-life page. It was a great opportunity and interview where I talked about my journey.”

Rebecca feels blessed to be put forward for many opportunities at Southeastern Railway.

“I have a good relationship with my manager, who has allowed me to be recognized and put forward for career progression. Southeastern is very invested in its people. After being a driver for a few years, management approached me to become a driving instructor. I was then given a heads up from my manager about the upcoming 707 opportunities, which is the role I’m currently doing now.” 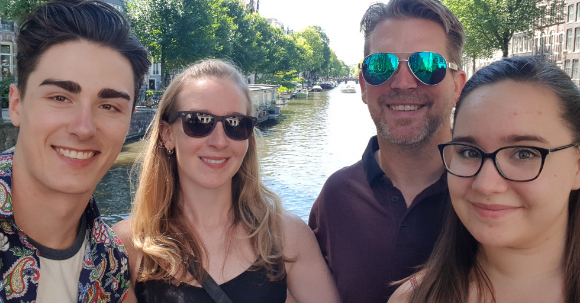 “Is that a small child driving the train?”

Rebecca reflects on the beginning of her train driving career and recalls the funny moments when people would give her puzzled looks.

“Friends and family were very supportive of the career change. My great nan found it funny. When I started driving trains, I was 22. I had a woman come up to me because she thought I was a child driving. It’s always older people asking me questions because they are surprised to see a female driver.”

“When I started, I was the only female in my depot out of 70. My colleagues were very welcoming, and I felt part of the team. I was not made to feel different.”

These days, there are more women train drivers. Southeastern is encouraging more women to apply for the driver’s position, and the company has been intentional about having women represented. It’s no surprise then that Southeastern won the top employer award at the 2020 Women in Rail awards as they’ve shown a real drive to improve gender balance.

“Although the shifts can be long sometimes, it’s very flexible here. Southeastern Railway offers the opportunity to job share or work four days a week. You get your base roster well in advance. If you cannot work certain days, there are lots of people willing to swap shifts in the depot.”

We asked Rebecca to give us an insight into any challenges she faces in the role. She says that delays are mostly not within her control.

“There are delays when we have bad weather conditions which can cause a bit of chaos. Sometimes there’s also trespassers and people that run onto the railway tracks. People try to cross the tracks as a shortcut. Occasionally animals can also find their way onto the tracks. This all, of course, can be very dangerous. But luckily these things don’t happen often.”

When Rebecca is not in the driver’s seat, she is practicing her skills on the Saxophone. She started learning how to play a year ago. Due to COVID, she is now taking virtual lessons. Rebecca also loves to keep an active lifestyle by doing Mixed Martial Arts and fun runs with the family. 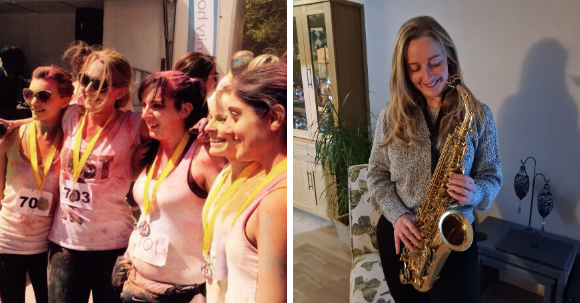 We concluded the conversation by asking Rebecca what her top career tips were. She says: