Our transparent job board only has vacancies from employers we endorse and lets you see what benefits, policies and perks come with the job. Check out the latest job vacancies with Southeastern Railway
See job vacancies

Chatting to Isabella Lloyd it’s immediately clear that really cares about people, and the difference she wants to make in the world is helping and connecting with all different parts of society.

She used to pass through London Bridge each day on her way to work in administration for an interior design consultancy, and now she works IN the station for Southeastern Railway. Making the career move was scary, but now she says, “I think it’s the perfect role for me.” 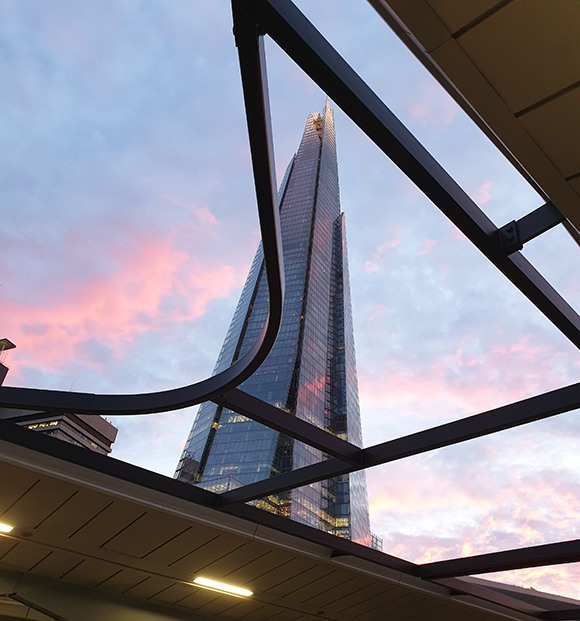 Knowing When It’s Time for a Change

Isabella liked her 9-5 office role in administration but had hit the ceiling and saw there weren’t any new opportunities to progress. Her father is a train depot manager and encouraged her to think outside the box, because there are a variety of entry levels roles in rail.

Isabella joined Southeastern as part of their team of Platform Staff, and says other entry-level opportunities include ticketing services, working the gate line where ticket barriers are and other positions running the stations themselves. It’s helpful to have some customer service experience as much of the day is spent talking to and helping the general public.

Employees are at stations all across the network; Isabella is central London but could be all the way down in Kent and says its excellent for people who don’t live in London but still want to work for a large organization.

Isabella was apprehensive moving from an office-based role to working outside on the platforms and doing shift work but says “everyone was really welcoming,” which helped her overcome her nerves.

Isabella stepped out of her comfort zone moving to Southeastern but says if she can do it then so can you! Her tips to anyone thinking of making a similar career move that feels scary are:

Isabella said, “It’s daunting joining, especially if you haven’t worked in a railway as it’s completely different and London Bridge is such a busy station. Southeastern is a really great company to work for; they’re passionate and really care about their staff and customers.”

A Day in the Life on the Railway

Isabella has been at Southeastern for 18 months now and says, “It’s the best decision I’ve ever made.”

She wakes up in the morning excited about going to work, and recently received a promotion to Information Assistant. “I’ve been able to progress really quickly. I never thought I’d enjoy the railway but it’s something I’ve become really passionate about.”

In her old position as Platform Staff, Isabella spent most of her time face to face with people. “The general public are really nice most of the time. I love helping people and the satisfaction of helping is why I want to get up in the morning.”

Her new position is based in the control room, focusing on the ‘behind-the-scenes’ of making London Bridge run smoothly, “I can make a more significant contribution now, making announcements across the station, assisting colleagues over the radio and delivering customer service, which is what Southeastern is passionate about doing.”

There are plenty of opportunities to progress at Southeastern and they specifically encourage women to apply for non-traditional roles as they understand the value of having a diverse team serving their diverse customer base.

Setting Yourself Up for Success

She had a mentor during her Information Assistant training who is now a station controller. “I was under his wing for the three months of training. He was really supportive and when I was applying for the permanent position he helped me with interview prep, training examples, and provided positive feedback which really boosted my confidence. I felt so confident in my ability because of all the feedback I’d received, which isn’t how I’d usually feel [going into an interview].”

Showing initiative when the outcome is uncertain is a great way to attract mentors, and Isabella’s passion helped set her up for success. She says, Southeastern are “always encouraging you to better yourself.”

Passion at Work and Home

Southeaster are passionate about their staff and customers and encourage that passion to develop in their employees. Isabella loves the opportunities to progress, the good pay and conditions and helping people every day.

She loves interior design and bought a house in 2019 after joining Southeastern, saying, “I wouldn’t have been able to do without being with Southeastern. It’s been really rewarding.”

Finding a job that has allowed her to be passionate and excited about both work and home has changed Isabella’s life.

Our transparent job board only has vacancies from employers we endorse and lets you see what benefits, policies and perks come with the job. Check out the latest job vacancies with Southeastern Railway
See job vacancies