How one voice can start an inclusion avalanche – nbn

Kylie Pollock is a fierce advocate for the inclusion of people with a disability, especially disabilities where it may not seem so obvious. Kylie is determined to shift societal attitudes and inherent stigma and discrimination — which is why she plays an important role as nbn’s accessibility lead. During our conversation, Kylie shares her tenacity and how she has been supported throughout her almost decade long career at nbn.

Where it all began

We asked Kylie why she’s so passionate about disability awareness and she shared her heartfelt story. It started about eight years ago when she was diagnosed with chronic migraines and cluster headaches. It happened without warning and left Kylie seeing multiple neurologists to get a proper diagnosis and medication to manage the pain.

“I suffer from chronic daily migraines. I think I’ve only had 8 days without one this year. I also have chronic cluster headaches. They’re sometimes called ‘suicide headaches’ because they’re incredibly painful. Apparently (and tragically) the suicide rate for cluster headache sufferers is twenty times national averages.”

“Having both chronic conditions is the perfect storm. It’s extremely rare to have both. It’s an invisible disability but sometimes it is visible because it looks like I’m having a stroke. I would lose control of one side of my body where I can’t move my legs or arms.”

For Kylie, the pain was like clockwork— which in a good way, does help her in managing the condition.

“I used to have 12 cluster headaches a day. It would be very sudden and feel like I’d been shot between the eyes. One minute I am feeling fine and the next minute the pain level is off the charts. I remember I was in a meeting with clients and it kicked in; it was impossible to disguise the pain. Thankfully it’s fairly quick.” 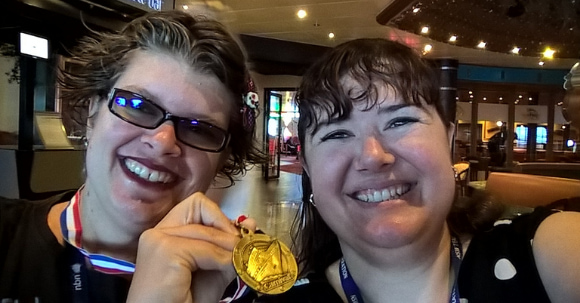 At the time of our conversation, Kylie was excited to start a secondment with nbn’s “Workplace Evolution” team to make sure every piece of content — internally and externally to nbn – is accessible. It involves a strong understanding of how people access and use the content.

This is a mammoth project and Kylie cannot wait to get fully stuck into it. To give you some context on how big and critical this project is, nbn has over 200 applications and web portals. They will go through every piece of content with a fine-tooth comb across different devices. To add to the complexity, each delivery partner such as Telstra and Optus use different systems and these need to be reviewed as well.

Kylie was previously devoting time to this important task in addition to her full-time role in IT. nbn recognized early on that their Accessibility Action Plan (AIP) needed a period of full-time commitment and dedication on this issue to make it a success.

The start of something brilliant

We talked about how 2020 was the year where almost the whole world worked from home overnight. But for Kylie, this was not a new thing. She has worked permanently from home for the last six years.

“I couldn’t manage my work the way I could if I worked in an office. Things like the fluorescent lights, and perfume [would trigger chronic migraines and headaches]. Initially, I would start work later to avoid peak hour trains. As things progressed, it was clear that it was a challenge to be in an office environment, so I started working permanently from home.” 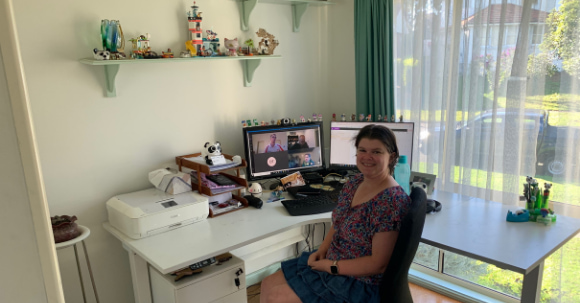 Kylie reflects on how it wasn’t easy at the beginning to cope with her illness and also work — but a moment of realization was when she attended a company-wide town hall event where the Chief Information Officer talked about the importance of being honest with ourselves and showing vulnerability.

“Our Chief Information Officer was sharing her own experience in overcoming adversity. She had a cancer scare. She was working in a very senior role at the time and was supported by her manager. She initially didn’t want people to know [about her cancer scare]. Her takeout was that you shouldn’t hide it and to talk about it. I admired her story because it was sincere and genuine.”

Feeling inspired, Kylie reached out to the CIO—it had been playing on her mind that she wasn’t being her true self at work.

“I decided to email her because our managers would benefit from disability awareness training to help support employees and customers with a disability. I mentioned that it was low cost and easy to complete. I sent it off and she responded almost immediately in full support.”

Small suggestions like these have big impacts on everyone, and Kylie has been instrumental in a number of initiatives to help ensure that nbn is an inclusive environment for all, but those with disability. She is one of the co-leads of nbn’s Accessibility network and worked actively to grow a cohort of fellow advocates. 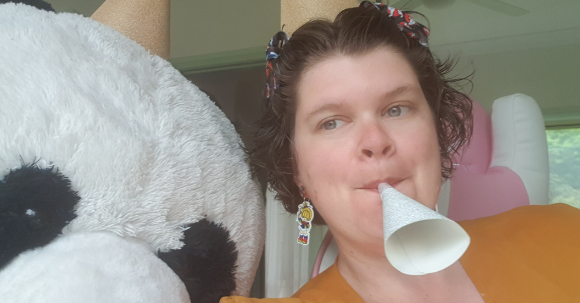 Early on in our conversation, we noticed Kylie’s positivity and growth mindset. We asked how she looks after herself, especially when she experiences debilitating pain.

“I have much better treatment now. I practice mindfulness and try not to let things drag me down. I also like going for long and gentle bush walks close to home.”

Kylie has a very successful career at nbn, and we asked what her top career tips were. She says: 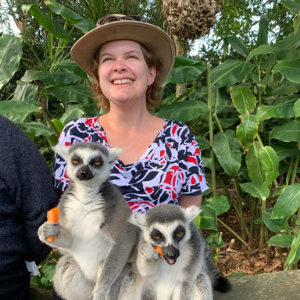