How to succeed as a Refugee, a Student, and as a BOC Intern

We all wear many hats in our lives – fulfil different roles. We’re someone’s child but might be someone else’s sibling; an employee to one person, but a student to another. Partner, neighbor, friend… the list goes on and on. Then there are the hats or titles no one likes having over their head but get thrust on us just the same – like refugee.

But she’s also a student at University of Queensland, and an intern at BOC.

Shahad shares some advice on how she has found success in all these different roles.

Never stay limited to one mindset

“I’ve faced people who I have told I’m a refugee, and they just assume that I’m sitting at home, not working or learning English, and when I tell them that I’m studying at university, they’re surprised. I’m showing them what refugees are capable of.”

Hailing from the northern regions of Iraq, Shahad has had her fair share of change over the last few years. In August 2014, she and her family were forced from their home, along with an estimated 500,000 other civilians, as a result of the terrorist organization ISIS. Fleeing to Jordan, their journey met even more hardship.

“Jordan was the hardest two years. We weren’t able to study, work or live the way we wanted to.”

‘A miracle’ is how she describes receiving the news they had received their visa’s and would be resettled in Australia. Even after finding a new home in Brisbane, Shahad has continued to adapt and embrace the learning opportunities of new situations. Like her internship with BOC.

Her studies at University of Queensland (Bachelor of Engineering (Honors) and Biotechnology (Honors) taught her many things about entrepreneurial thinking, innovation and emerging engineering and biotechnology disciplines. But the new practical experiences of working with real chemical engineers on real projects at BOC Gases meant she said she needed to be…

“…open to different possibilities and able to work environments outside my comfort zone.”

“Unlock the potential we all have.”

After being denied study opportunities in Jordan, it seemed Shahad was eager to make up for lost time, taking on a double degree in Engineering and Biotechnology. Science had always been a passion, and the opportunities it offers to “help feed, fuel and heal the planet”.

The amount of work that goes into studying a double degree would daunt many, but instead Shahad discusses with an avid fervor all the amazing things she’s been able to learn. “I used to imagine the beauty of mixing these two degrees” and now she lives that beauty, representing not only the growth of women in the engineering labor force, but the potential for refugees in the sector as well.

“The world is constantly changing and moving at a fast pace. Everyone has to be curious to learn, and open to different possibilities.” 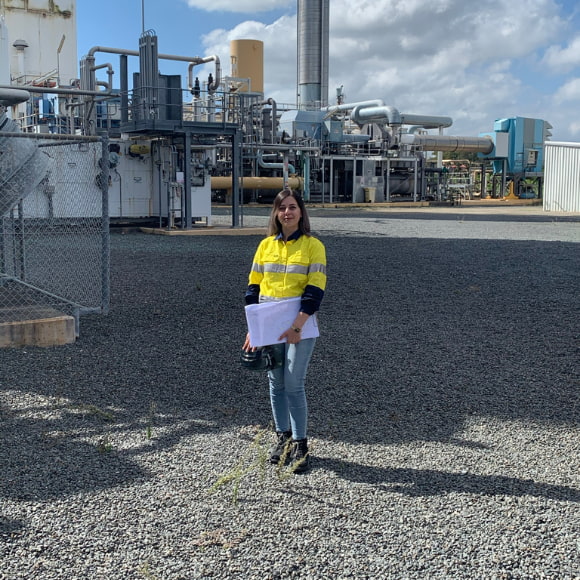 “Don’t be afraid of failure…”

“…instead, be afraid of not failing.”

As part of her degrees, Shahad needed to complete 450 hours of professional practice to be eligible to graduate. From as early as her second year, she was looking and applying for vacation or internship positions. Every time she was met with disappointment and rejection. Every time that is, until she found CareerSeekers.

Referring to them as her “guardian angels”, Shahad applied to CareerSeekers in 2019.

CareerSeekers is a non-profit organization providing in-depth preparation and support to both refugees and people seeking asylum who are either currently studying at university or looking to restart their professional career in Australia.

Shahad’s application was too late for the 2019 intake. But that didn’t stop her. She submitted her details anyway. By mid-2020 she received a call, asking for a few more details, and a few weeks later another call came offering her an internship with BOC South Pacific. 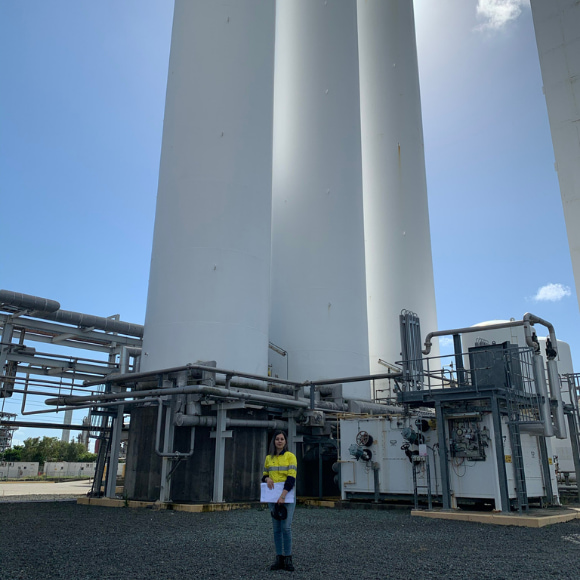 Beginning her internship with a sense of excitement, Shahad was welcomed and supported as she faced challenges and developed her skills on projects that exceeded the lessons of her studies. She’s also been invited back for further project work with the potential opportunity to be invited to BOC’s Graduate Development Program in 2022.

“Coming to the end of my internship, I can say I’ve gained a new sense of professionalism and deeper insights into the chemical engineering industry. It has helped me significantly with my career planning.”

For any future interns at BOC, Shahad strongly recommends embracing failure as a part of your learning process. She argues that while seeking perfection only leads to doubt and a lack of sleep, failure teaches you a lot more about your courage, your adaptability, and creative problem solving.

Shahad doesn’t stop being a refugee when she puts on her engineering hard hat. Nor does she forget the lessons these experiences have taught her. We can all wear multiple hats, fill multiple roles, at the same time. But the lesson she really wants us to remember is unlike these coexisting roles…

“creativity and fear cannot exist in the same place at the same time.”