I don’t have to be the smartest in the room

Whether you’re a fan of muscle cars or not, the Ford Mustang BULLITT is a classic to be admired. Chris Cusack is one of the lucky few in Australia to own one. While he has a deep appreciation for powerful vintages, he is also contributing to the future of technology through his involvement in one of Australia’s biggest nation-building projects, the rollout and operation of the nbn™ network.

Chris is a General Manager at nbn™ Local, the community engagement arm of nbn’s Rural Development & Engagement business unit. He and the team are right in the thick of it, embedded in regional communities, talking to locals and acting as the voice of regional customers. They provide on-the-ground community engagement resolutions for local issues and ultimately contribute towards the social and economic development of rural, remote and regional Australia.

Chris has lived in regional Australia for the past 20 years. When asked what he enjoys the most about living in the regions, he says, “I love the people! They are resilient and down to earth. They’re prepared to work with you to solve problems.”

The value of connecting people

Chris has worked in telecommunications for thirty years. When asked what he loves most about the industry, he excitedly explains, “There’s so much diversity across the functions which means you have multiple career opportunities. It’s an ever-evolving industry and the technology landscape is always changing”.

Having high-speed internet will strengthen rural Australia’s connection with the world, but importantly helps support health and education outcomes, something most major city residents take for granted.

“If you live in a remote area, distance learning and telehealth is what you do. Having access to the nbn™ network is critical. It can take several hours of driving for some to access simple health services. Technology is an enabler and provides an opportunity to make a big difference in peoples’ lives.”

The COVID-19 pandemic has switched much of the Australian workforce to remote work.

“COVID has proven how important telecommunications is in keeping us connected. It’s shown the value and power of the nbn™ network. There has been an accelerated take up as more and more people are working from home, running their business from home or home schooling.”

No one is left behind

Chris is a leader that drives diversity and inclusion in everything.

“I enjoy working with different people and having people from a variety of backgrounds.”

Chris jokes, “I don’t want to be looking at a dozen different versions of myself!”

He is conscious of driving gender equality. He thinks about his 16-year-old daughter and wanting her to have the same opportunities as his son.

“nbn™ is a relatively new company, so there are no excuses as to why we shouldn’t have diversity. Many big telcos have structural barriers they need to overcome since they have been around for a long time. They have been male-dominated industries but nbn™ is not like that.”

While it’s true that telcos and STEM careers have been traditionally male-dominated, Chris emphasizes, “There should be diversity and equality across all parts of the business. I’m conscious right through their employment journey with me from the candidate sourcing strategy, onboarding, their development and hopefully when they move onto a bigger opportunity.”

When talking about how he brings in fresh team members, Chris says that recruitment should be two-sided. He says, “If they don’t see you as an employer of choice, you are limiting your success later down the track. The best way to do that is to maximize diversity and inclusion”.

“I believe when you have diversity in sourcing candidates, the rest will sort itself out. I’ve been consistent because I refuse to appoint anyone until I have a diverse pool of candidates — and I’ve even delayed the process in some instances.” 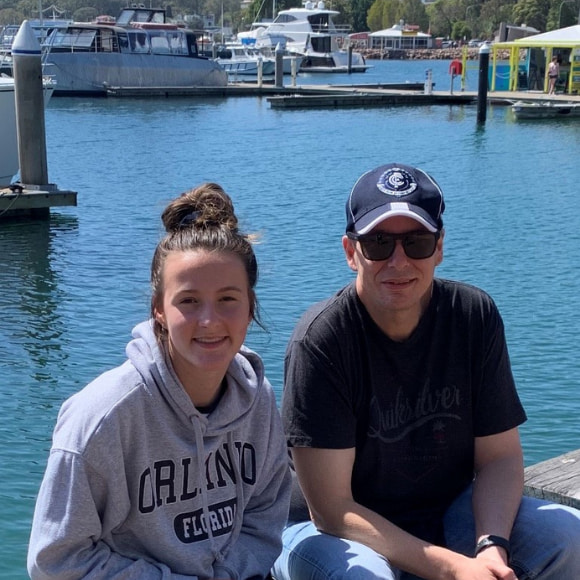 Be flexible with your people

Chris believes in the benefits of flexibility in the workplace for health, personal and professional reasons.

“nbn™ has established a culture that supports diversity and inclusion. This includes flexible working arrangements to support working parents, in particular, mothers returning to the workforce. The benefit of this approach is it adds to nbn™’s value proposition to current and future employees supporting nbn™ as an employer of choice and therefore increasing the quality of candidates applying for roles. It also supports the retention of female talent.”

“This creates an environment for improved decision making and fosters innovation by maximizing diversity in thinking. nbn™ proactively targets female talent to build a bench of female talent to match against future roles, something I have benefited from previously when recruiting for roles.”

Last year, we interviewed Chris’s former employee, Trudi Masalski, who singled Chris out for particular recognition. Based in Newcastle, he is a huge advocate for gender diversity and Trudi says he is also one of the most supportive leaders she’s known. Trudi explained, “I bring him an idea and he takes it on with me. And he appreciates that family often needs to come first! Our team is still growing and being shaped. He’s very clear that he wants that diversity of thought.”

A purpose-led organization is the key to a successful career

When asked how nbn™ is helping his career to thrive and succeed, Chris says, “I joined nbn™ because of an alignment to my professional and personal goals. It’s an aligned purpose across the entire organization that drives us because we are all contributing to a nation-building task”.

“I have also received great leadership and mentoring along the way that has stretched and developed me.”

And we agree, Chris may have one of the most rewarding careers in Australia!