“Know what you want and back yourself. It’s not a man’s world anymore”

Anastasia Grizioti, Aggregate Industries’ newly-promoted Assistant Quarry Manager, shares her journey so far and explains why women should no longer be afraid of working in quarrying. 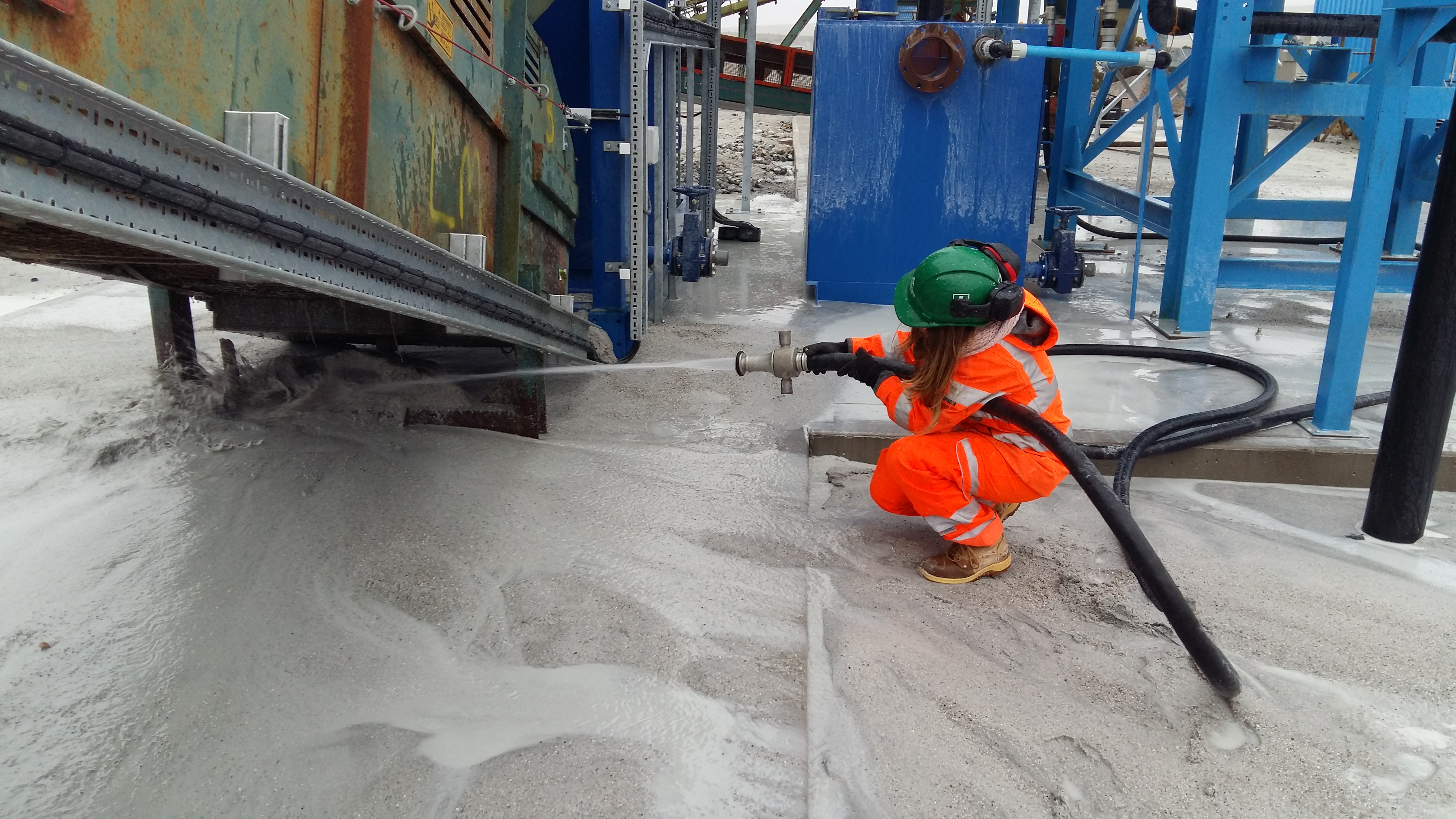 In 2015, Anastasia Grizioti joined the Graduate Scheme at Aggregate Industries. Fresh from completing her MSc in Sustainable Energy and Environment, she was looking for the opportunity to put theory into practice, get hands-on experience and develop a progressive career in quarrying. Three years on, she’s achieved all of those goals and more. She’s just been promoted to Assistant Quarry Manager and is also actively helping drive the company’s diversity and inclusion strategy.

We kick off our conversation by talking about the graduate scheme Anastasia completed in early 2017. It featured three six-month placements across the UK, and Anastasia seized the opportunity both to develop her knowledge and skills and to actively improve processes and projects. On completing the program, she accepted a full-time role as Process Engineer for the Concrete Products Division. As Project Manager of the Factory Automation and the Operational Excellence Framework Implementation, she spent 18 months driving process and performance optimization. As if this wasn’t enough to keep her busy, she also completed a Diploma in Mineral Studies and underwent a valuable leadership development program.

“Development is very important to me. I want to keep progressing and climb the ranks here at Aggregate Industries. I’ve learned so much and I also really enjoy what I’m doing. That matters a lot.”

Her employer is clearly also pleased. The day we speak to Anastasia, she has just been promoted and is a week away from starting as Assistant Manager at Uttoxeter Quarry. We sense the quiet pride and excitement she feels about her promotion, and we can’t help but ask whether there’s added satisfaction from the fact that she’s a woman in a traditionally male-dominated industry.

“There still aren’t that many women in operational roles but we’re working on it and we’re getting there. My new Area Manager is a woman and we get along really well. She also came through the Grad Scheme so it’s great to connect with someone who’s been through similar experiences.”

Anastasia says that so far, she has never experienced problems working as a woman in this field. In fact, she has found that men listen to her and open up more than they might if it was a team of all men. She’s under no illusion, however, about how intimidating a career in quarrying may appear to women. She’s keen to change that perception, and advises women to “know what you want and back yourself”:

“I want to tell women that there’s nothing to fear. It’s not a man’s world anymore. There’s nothing to stop you. If I need help, I’ll ask for it. That’s really important. Men would ask for help, so why wouldn’t we?”

Anastasia is part of the Diversity and Inclusion Team at Aggregate Industries, along with the CEO and other senior leaders. They meet to monitor the company’s D&I performance and implement initiatives to accelerate their progress. So far, this has included improving the company’s maternity policy and benefits, training people to be industry ambassadors in schools and colleges, and reworking job descriptions and adverts to make them more vibrant, inclusive and engaging. Anastasia is pleased that they’ve also been able to develop more female mentoring capacity and opportunity, “to help women increase connections and break down barriers”.

Anastasia continues to do precisely that. And while she’s clearly too modest to say it herself, we think she’ll make a powerful mentor for women and men in her field. 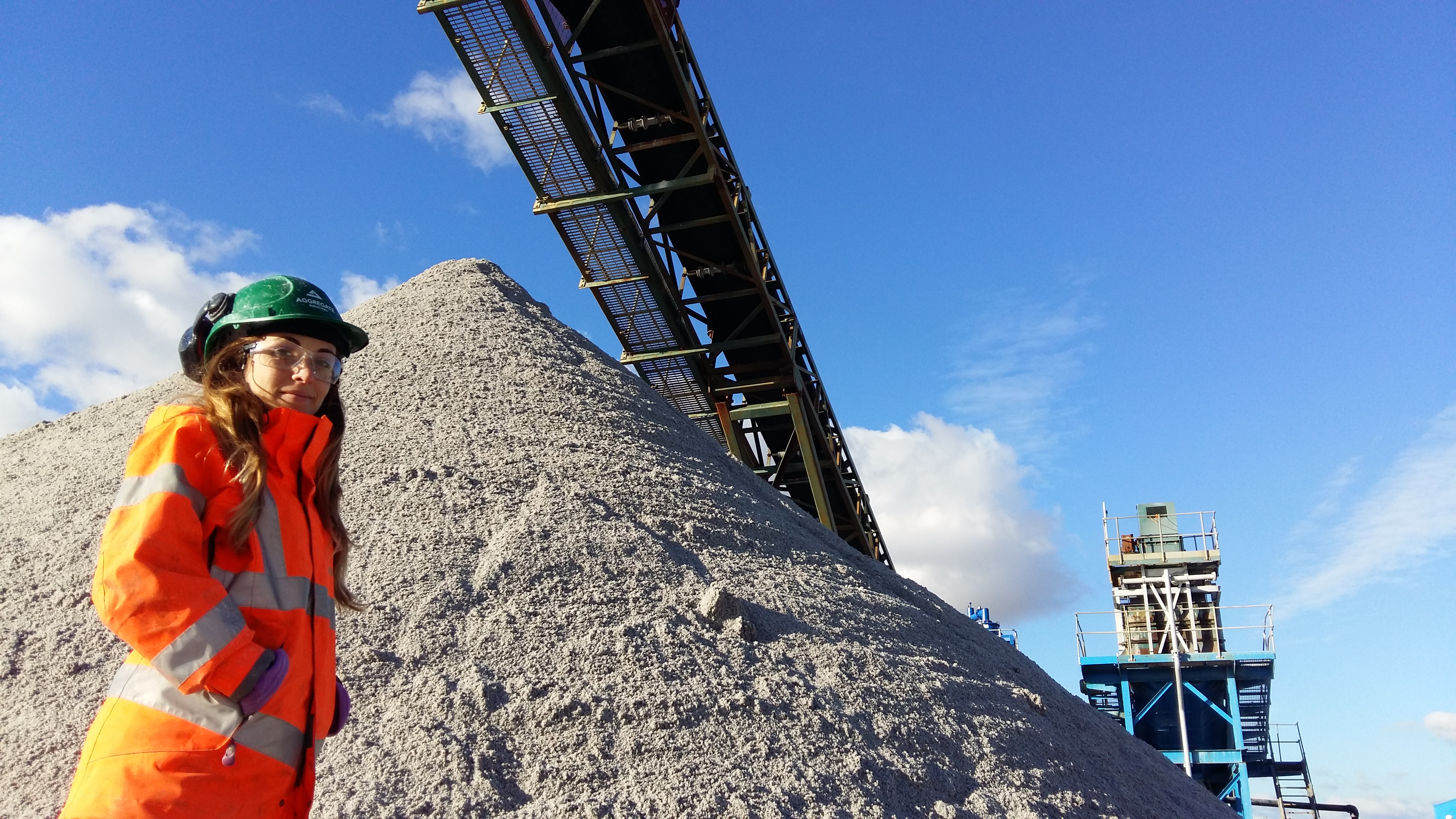