Leadership and motherhood: Finding the balance at CommBank

Yeonee Law shares her inspiring story of a thriving family and a thriving career.

Swans are a symbol of grace. The fact they never submerge their bodies under water (unlike ducks) led sailors to believe them to be a sign against shipwreck. For Yeonee, the serenity of a floating swan perfectly concealing the persistent and tiring paddling beneath water’s surface is a great analogy for her leadership journey.

Until the day the turmoil beneath the surface became all too much.

Having it all at CommBank

Early in her career, Yeonee recalls being cautioned by a well-meaning colleague about not ‘pigeonholing’ her career by moving into an Audit role. Yeonee knew in any role she’d also face the risks of finding a ‘glass or bamboo ceiling’ on her pathway to a senior leadership position. Then pile on the anxiety around also thinking about starting a family – talk about tough decisions!

Now, after more than 13 years with CommBank and two children, Yeonee has found a way to have it all.

She progressed from Audit Manager to Senior Audit Manager, then Executive Manager, and is now a General Manager responsible for the delivery of audit services to Business Banking, the Deputy CEO office, Advice & Insurance and the Remediation Program. During this time, she’s had the opportunity to work overseas and is now a member of CommBank’s Inclusion and Diversity Council.

“The growth and opportunities offered to me have been immense. I’ve never felt pigeonholed at all. The people, the exposure and progression have been the things that have kept me here.” 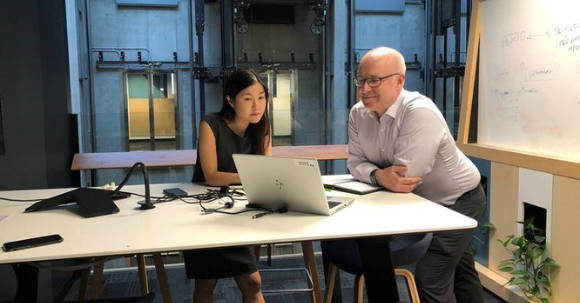 The benefits that support the balance

For Yeonee, the plan with her first child was to start her parental leave when she was 37 weeks pregnant. Giving her plenty of time to prepare for the baby. But life had other plans.

At 33 weeks pregnant, she was at work and struggling through what she thought was a stomach ache from the sandwich she’d had for lunch. When the pain in her stomach just wouldn’t go away, she left work and went to the hospital.

She gave birth to her son that very night.

“I came home with no baby.”

Although recalling the month that followed visiting the special care ward every day is tough, Yeonee brightens quickly as she continues her story and shares the support she received from CommBank when she later began the process of coming back to work.

“I had no idea how to navigate returning to work. But my manager and team were open to finding a solution that worked best for me.”

Yeonee was given full freedom to return at her own pace. For her, this meant starting with 3 days working on a part-time arrangement, and then progressing up to 5 days.

“They were completely fine with that. Everything was really open. I felt cared for, and it didn’t feel too administrative. The leadership was really inspiring.” 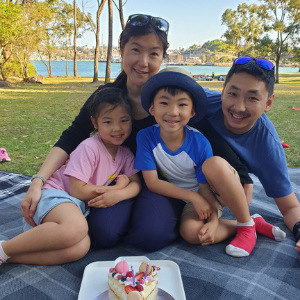 Some of the ways that CommBank are supporting other parents to return to work at a pace that works best for them and their families, include:

Check out Commonwealth Banks other Benefits and Policies

For her second pregnancy, Yeonee drove herself straight to hospital when she started feeling pains again at 33 weeks. Baby number two arrived premature as well, and Yeonee went through a similar experience of daily visits to hospital. However, this time she was also juggling caring for her older child as well.

Shortly after returning from parental leave this time, Yeonee was promoted to Executive Manager. It seemed her earlier assumptions and that former colleague had been wrong – It is possible to have a healthy family as well as a thriving career.

“I didn’t think that would be possible.”

However, once in her new role, Yeonee experienced an important insight into leadership. As a newly promoted Executive Manager, she felt she needed to prove herself. But trying to balance a senior role with the new dynamic of being a parent to two young children wasn’t easy.

Her little swan feet were working double time, and it was getting harder to maintain the calm and composed guise through it all.

Six months in, she realized it was too much.

She needed to find a way to make things more sustainable. By coming forward to discuss how she was feeling with her Manager, she was met with support and a commitment to helping her find her balance. This included being placed on a leadership program to investigate and invest in her unique leadership style.

“Through that program I learnt it’s ok not to be ok. I felt really supported to have honest conversations with my manager. I realized a lot of the pressure I’d felt I had put on myself.” 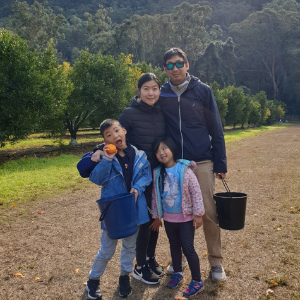 Yeonee learnt there can be harmony between ambition and family – and both can thrive together. She still strives to lead like a swan, knowing it’s important for leaders to remain calm under pressure. But she’s discovered it’s equally important to share when you’re struggling and be open about where you need help.

“Make sure you’re structuring your work and life in a way that you’re not missing moments with family or whatever you really enjoy.”

Keep up to date

Want to keep on top of emerging trends, news and events? Subscribe to our monthly Women at Work email.