Our transparent job board only has vacancies from employers we endorse and lets you see what benefits, policies and perks come with the job. Check out the latest job vacancies with Energy Safe Victoria
See job vacancies

After immigrating to Australia and leaving her family back at home, Anna Bhathal suffered a number of devastating pregnancy losses. Despite the transitions and challenges she has faced, she is upbeat, positive and excited about the future with her husband and eight-month-old son.

Growing up in a shanty town in Manila, Anna grew up being cared for mainly by her older sisters while her mother worked to send money to them. She got the message early that to change her life and leave the shanty town she needed an education.

“Since I was young, I knew if I didn’t study, I’d either end up selling things on the streets to make money, or going to my mum’s birthplace to help my aunties on the farm. I knew I didn’t want that life. So, my goal was always to study and work in a professional job.”

Anna studied Mechanical Engineering at university, and after graduation she moved to the Middle East to work on construction industry. After five years there, she moved to Australia. Knowing she wanted to immerse herself in Australian culture, she searched for jobs in the public sector and applied to Energy Safe Victoria (ESV). Seven years later she’s committed to them and kicking career goals while navigating personal challenges.

The challenges of migrating

When Anna moved to Australia, “I had no one; I was all by my myself. It was exciting but also scary, because I had friends and relatives in the Middle East, and the company provided housing and cars. Here I had just my savings, so I worried what might happen if that ran out.”

She worked as a waitress to support herself and her family back home, and in between shifts she, “would be in the Melbourne Library searching for jobs, roaming around the city checking companies and reading standards, because I really wanted to join the public sector.”

Anna’s perseverance and hard work paid off, and she joined ESV as an Engineer in the Gas Pipeline Infrastructure Safety Division.

“When I started at ESV the people I worked with called ourselves the United Nations. There was one Irish, one Australian-Chinese, Greek, Indian, Polish, Welsh and Lebanese. We brought multiple viewpoints from different cultures, and working together meant we were bound by one target – to do our job and look after public safety.”

For someone considering an international move to pursue work options, Anna says, “Have an open mind. Don’t isolate yourself into an environment you are comfortable with. If you get out of your comfort zone you will see there are lots of opportunities waiting for you!”

While she was getting to grips with a new work culture and progressing her career at ESV, Anna suffered four pregnancy losses, including two late term miscarriages. Her fifth pregnancy was successful, and she now has a healthy, happy, eight-month-old boy called Isaac. Anna is grateful for the practical and emotional support ESV provided during her fifth pregnancy.

“My manager helped me a lot. She gave me all the resources I needed to work from home. I even have a special recliner seat. HR visited me at home to support me, and asked what I needed.”

Her manager was very supportive, inviting Anna to call her if she needed anything.

“We already had a good relationship, and she’s been really, really helpful from the beginning with how she supported me.”

ESV did a number of things to support Anna during her high-risk pregnancy:

“Last pregnancy I was so supported. I’m really grateful for what ESV and my manager provided to me.” 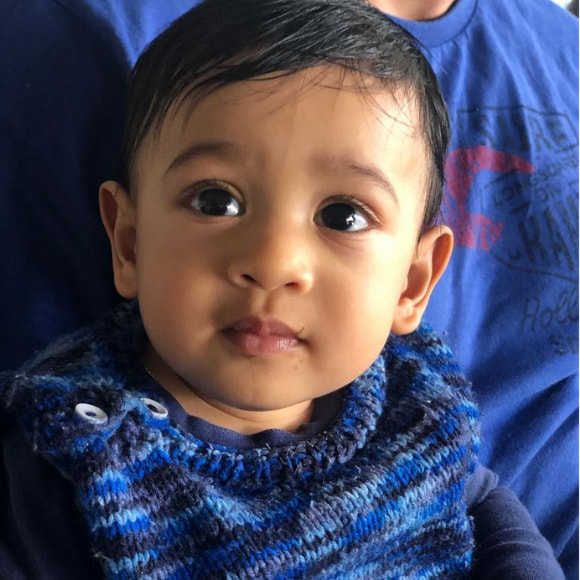 Supporting Yourself with Pregnancy Loss

Anna was open with her colleagues about her pregnancy losses, and said, “Every time I came back, I would send an email saying I have another angel watching over me. I wanted people to be inspired, because people can become busy, caught up with work and things.”

“I know many people have difficulties conceiving. I want to tell them that despite the hardship, keep a positive mindset and don’t give up.”

Now that she has Isaac, she says, “I am happy with people knowing my story. For about a month, every time I saw a new face they would exclaim, ‘Anna you’re back how is Isaac!’”

For someone experiencing pregnancy loss or trouble conceiving, help is available from The Pink Elephants Support Network.

ESV are invested in being a diverse company and Anna is excited to be part of it.

“I can see big changes recently in every department, especially the Gas Pipeline Infrastructure Division. Being a woman engineer you never feel that you’re not part of the team.”

“It’s a good culture. They make you feel like a valuable part of the team.”

“I’m so happy I joined ESV! It’s challenging, because initially I wondered how I would fit into the Australian environment, but they made it easy for me.”

Our transparent job board only has vacancies from employers we endorse and lets you see what benefits, policies and perks come with the job. Check out the latest job vacancies with Energy Safe Victoria
See job vacancies