My mum was a strong feminist

Lucy Taylor counts her mother as someone who positively influenced her to reach her potential and be the best she can be. She is currently the HR Business Partner and responsible for a team who support and advise over 1300 engineers. It’s also been her most challenging yet thrilling role to date — and she has never been prouder of her career journey at Northern Trains. In our chat, Lucy shares the importance of role models and also a moving story about supporting the team following a national tragedy.

From education to engineers

As the HR Business Partner for Northern, Lucy is responsible for leading a team of four HR professionals and partnering with the engineering function, leading all the people related matters. This ranges from recruitment to talent and succession planning, coaching leaders and providing timely employment law advice.

Lucy progressed quickly in her career at Northern, starting as an HR advisor then business partnering for the Central Region to now, looking after the big engineering function. Even though it was a lateral move, it has been her biggest, busiest and most exciting role to date.

At Northern, the engineering function is made up of around 1300 employees, including engineers, semi-skilled engineers and the cleaning staff on the trains. It is certainly a dynamic and diverse bunch across four major cities and satellite sites across the North of England.

“The nature of their trade is that they’re problem solvers. They work on their own initiative and to solve problems how they see fit. The style of engaging their teams can be very different dependent on the individual. A lot of our managers started as engineers, some even started as an apprentice. Our roles within HR are there to keep them on track and support them with anything people related.”

Before joining Northern, Lucy was working in the education sector and says she came to Northern completely by chance.

“I completed a degree in Sociology, and was unsure of what career to take. I got an admin role supporting in Children’s Centers, progressing to managing a team of data analysts. I decided I had an interest in moving to HR and completed my CIPD Level 7 and moved to my first true ‘HR’ role in an HR Consultancy working for not-for-profit organizations. I moved to work in education supporting primary and secondary schools and then moved to the Railway and became hooked with the fast-paced, ever-changing environment.”

Lucy laughs as she reflects on when she first started working at Northern.

“Going from working in schools to here was like from one extreme to another — schools were women dominated, and here, there were more men and not as many strong women around — but we are doing a lot to get the balance right.”

Lucy is passionate about promoting diversity at work, in particular, getting more women into rail and engineering. Northern brings in 16 apprentices every year and is intentional about encouraging more women in the industry.

“We want a diverse workforce, but somehow society has led people to believe that engineering is not for women. We need people to challenge perceptions and not encourage stereotypes.”

Being proactive and talking to students early on about career choices is a strategy Lucy and the HR team has worked well for Northern.

“We recognize that it is difficult, so a tactic is to start early and get into schools to promote rail and engineering as a great career choice. Pre-COVID, we partnered with a Muslim Girls school, we took the students on a special tour of our new trains. They got to ride on the train as well as visit the Engineering Depot to see how the trains got fixed. Some of them had never been on a train before, they enjoyed it. At the end of the tour, they really enjoyed it and wanted to consider engineering as a career.” 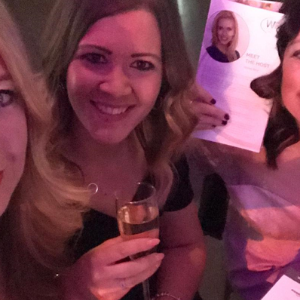 A significant moment in Lucy’s career where she will never forget was supporting the Central Region team following the aftermath of the terrorist attack in the Manchester Arena back in 2017.

“The staff were the first responders, and they were so brave. We checked the staff list to make sure everyone was safe. There was on-site counselling and one-on-one site support. Once things had settled down, getting staff to return to work was about getting them to re-familiarize with the environment. Putting our colleagues first, it was about ensuring the team were ready and felt supported, it was important that there was no pressure and we continued to support all the way through. They all came back to work, which is a credit to them and are still supporting each other now. The response to that incident really brought home the ‘railway family’ at Northern, everyone pulled together to support one another and it created a bond that you don’t get anywhere else. That’s true Northern pulling together and supporting one another when it really matters —it’s part of your memory forever.”

Lucy describes the culture at Northern as a railway family.

“It’s a great industry to work in. Wherever you go, you are welcomed, that’s what I like the most, I like the people I work with. It’s a flexible place to work with lots of variety, projects and opportunities to learn new things. It’s also a fast-paced and changing environment.” 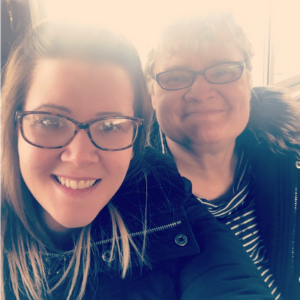 “I have been lucky to have great mentors. My mum was a feminist, and she was the breadwinner and I’ve been lucky to have strong female role models and mentors around me to give me coaching and advice when I needed it. The encouragement that you can be a woman and have a successful career even in a male dominated environment.”

Outside of work, Lucy is enjoying her new house after months and months of renovation. The pandemic certainly made things more difficult to complete, but she is proud to have a new place to call home.

“It was a full-time job renovating! I bought the house pre-COVID. I would work throughout the day and then we would go to the house after work and on a weekend. It was testing at times, but worth it. We love it and it’s a lovely reminder every day that hard work does payoff and not to quit.”