Charlotte Lloyd and Amy Saha love running — school runs and running a successful career. But the marathon type? That would be Charlotte who is a fitness fanatic. On the other hand, Amy is the creative who spends a lot of time on Pinterest searching for the latest paint swatch for her kids’ room and interior design inspiration. While they may seem like chalk and cheese, they are the perfect job share partners as the Digital Development Managers at Lloyds Banking Group.

We caught up with Charlotte and Amy in their living rooms as they shared their career journeys and how they came about the job share arrangement.

How it all started

Job sharing is a great flexible work arrangement. In case you’re not familiar, it’s where one job is done by more than one person. It’s often an option if people want to work part-time but the job needs to be worked on a full-time basis.

Amy and Charlotte worked in the same business unit. When Charlotte went off on parental leave Amy was seconded into her role.

When Charlotte returned to work, Amy was early into her pregnancy. Amy enjoyed the role so much and wanted to continue on. Their manager at the time floated the idea of job sharing as an option to explore. There was enough work and Lloyds Banking Group’s digital operations were ramping up. It was a no brainer.

“We never thought about job sharing until Geoff [their manager] suggested it. The bank let us decide on how we wanted to work together and what the job-sharing arrangement would look like. I work a 14-hour week, whereas Amy works 21-hours a week. We have Tuesday and Wednesday as crossovers. Our days are shorter to fit in with the school run. We don’t work during school holidays.”

Amy added that at the time, job sharing was not very visible, so she assumed she had to take a step back in her role — but clearly, it was not the case! 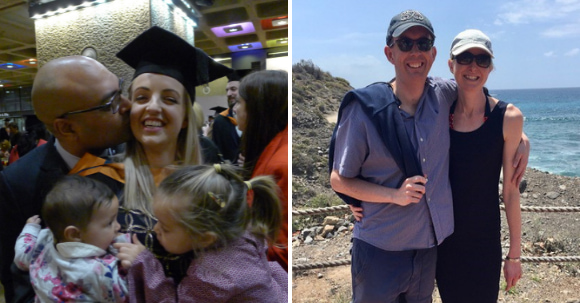 Adapting with the waves of change

Amy and Charlotte work in the digital business unit. They analyze consumer trends which can fluctuate.

“We primarily look at digital trends and opportunities for the bank. We analyze competitor and market trends to see where they are moving. It comes in waves and the press can have a massive impact on what we are looking at, so there are always new pieces of work to do.”

Since the market changes quite quickly, Amy and Charlotte are flexible in their approach and quick to communicate with each other and the business to shift priorities.

How to make job sharing work

We asked how Amy and Charlotte made the job-sharing arrangement work for them. They both said at the same time that it’s all about communication and personality fit — they are really in sync! They also shared some further tips with us. 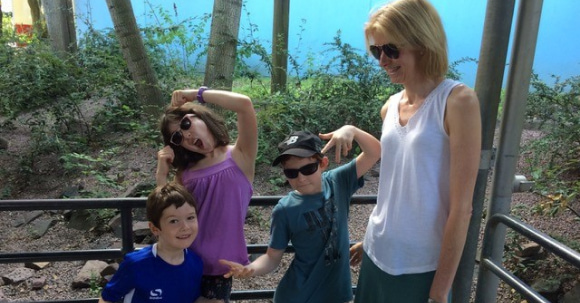 1. You have to be very organized and have cross over days

Amy and Charlotte both worked in Executive Assistant roles before. This meant they were both very organized with their work, collaborative and knew what needed to be done.

“Before the job share role, we had done Executive Assistant roles which means you have to be exceptionally organized. The key to making it work is to have that cross over time. Many job-sharing arrangements we’ve heard of don’t have that cross over day to handover. On days where we work independently, we write notes for each other through Microsoft Teams where there is a running to-do list.”

2. Copy each other into all emails

Having hundreds of unread emails sitting in our inbox is a nightmare for some — but for Amy and Charlotte, keeping an email trail of everything ensures they don’t miss anything.

“We always CC each other in. Even if it is a small thank you note from someone. This creates an email trail and we know whether to close off a matter or not.”

3. The working style must work for both of you

Amy and Charlotte work well together and this is because they have a similar working style.

Charlotte says, “The working style is very important. On one of Amy’s maternity leaves, Geoff found another person for me to work with but we ended up portioning out tasks and did them independently. We then updated each other on what we were doing.” 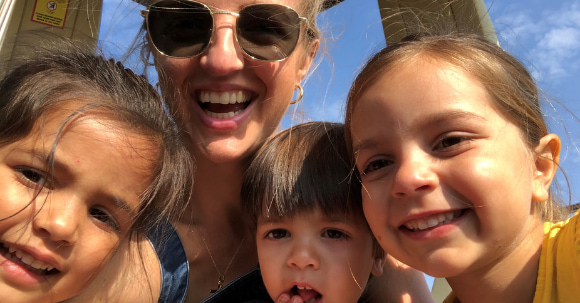 4. You need to have supportive leaders

For any job-sharing arrangement to be successful, it needs the support of leadership. Amy and Charlotte say the leaders, colleagues and peers are always there to support.

Working shorter hours and job sharing doesn’t mean you miss out on stretch projects. Amy and Charlotte worked with their wider team to develop the bank’s own Consumer Servicing Market Index (CSMI) — and launched it within three months!

“We developed the CSMI internally which is something that is usually created by external consultants. The tool was a way of benchmarking ourselves against our competitors. Our external benchmark tools didn’t come up with the overall picture that we wanted. We tried to come up with a way of doing it ourselves. We presented the idea to internal stakeholders and it went down really well.”

“We developed this last year from September to December 2020 and launched just before Christmas.” 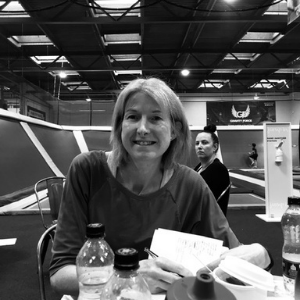 Explore job sharing for yourself

At the time of our conversation, Lloyds Banking Group had just announced a high-profile job-sharing arrangement where a man and a woman will share the role.

“The man is working in a 2-3-day advisory role and the rest of the days, he is working on the new role with the other person. It’s a very inventive way of helping people achieve their career goals.”

Amy says that people are always saying how lucky they are, but then make excuses for why job sharing won’t work for them.

“People always say that it’s not possible and assume it won’t work before they even give it a go. There is not always going to be a leader like Geoff who will suggest it. Have a conversation with your manager.”

Amy and Charlotte are a job-sharing success story. You never know where a conversation will take you and your career.