Erin Gamble has never really planned her career, instead “just taking every opportunity that comes [her] way”. After more than a decade in the aviation industry, her attitude of saying yes to everything interesting has led her to join Splunk, a Software Company, as a Customer Success Manager. Now she says she’s never been happier and is excited about what her next ‘yes’ will bring her!

What to do when you don’t know what to do

Erin laughs that she has never really planned her career moves, but instead followed the yellow brick road of opportunities. She says, “for people having trouble understanding where their career will go, take every opportunity that comes your way and say yes to everything. The experience you gain by doing that opens doors you wouldn’t have even thought of”.

“Much of my career has been like this. I never sought out to do digital forensics investigations for an HR department and I did that for three years! I never thought looking after an enterprise mobility solution and working with an entire company in all facets would be in my career program. I gained so many skills and experience with different technology solutions, and so many really great friendships along the way by just saying yes.”

Before she joined Splunk, she spent 12 years with a leading airline where she had six roles and only formally applied for one of them. “Every other role arose from someone coming to me and asked if I wanted to have a go.”

Her tips for someone concerned about not having a career map are:

What happens when you say yes

During her 12 years in aviation, Erin shares, “I had the opportunity to move roles every couple of years. I would have a new challenge, a new team to get to know, and new technologies to explore.”
She initially joined an airline IT Security team as a graduate, after completing a Bachelor in Information Technology. She spent three years doing digital forensics investigations for the HR department, using data to generate evidence for HR incident investigations.

She didn’t have a set career path in mind, so when an opportunity to join the Enterprise Mobility Team came up she said yes to that too! “We were tasked with replacing paper based pilot flight manuals with reliable and up-to-date electronic copies; while ensuring we met all the Civil Aviation Safety Authority mandated criteria. It was great! I worked with all different areas of the company – engineering, document management, IT and more.”

That opportunity led to increased visibility in the organization which led to her being offered a role with the Velocity Frequent Flyer team- which of course she said yes to too! 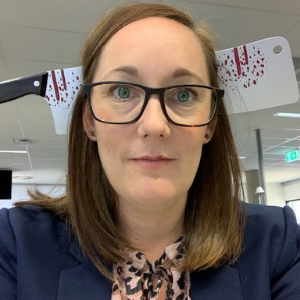 Erin oversaw all changes to all production systems. Yet another yes led her to a Service Delivery role working with a range of technology vendors and service providers. That’s where she was introduced to Splunk, “we started using Splunk to monitor vendor provided services and find outliers to normal loyalty point trends. That was super interesting and I loved it. I managed the Splunk cloud environment at Velocity for about three years, and I had a great relationship with my Splunk contacts. The primary use for Splunk initially was points fraud detection, but we moved into lots of different areas with the mission to improve the Velocity member experience at all member touch points”.

Having been in aviation for over a decade, she decided she was ready for a new challenge and a change, and “was referred into Splunk by the sales engineer I worked closely with, on their internal referral program”.

From her relationships with the Splunk team in her role, Erin knew,

“Splunk was a company I wanted to work for and admired externally. When you work with all the people involved in your account, go to the conferences and local meet ups, you see the culture that’s displayed externally is the same as what happens internally. It was a massive drawcard to work with people who are passionate about what they do. They go above and beyond to make sure the customer is happy. I’ve never been taken care of by a vendor as much as I was when I was a customer of Splunk.”

In her role now, Erin helps customers get the most out of the technical solution they have purchased. “We create bespoke success plans for each customer based on their goals, and track to that. It’s about relationship building more than anything, and how we can better help customers. We want to be seen as a partner and an ally.”

Erin accepted her position at Splunk just as the pandemic hit and people started working from home, which has created its own learning curve.

When we spoke to Simon Eid, Splunk’s Group Vice President of Australia and New Zealand, the importance of and pride in their culture really shone through. Erin’s experience joining during a pandemic absolutely mirrored that.

“The biggest thing they did in the first couple of weeks was to make me feel like part of the team and help me navigate the internal Splunk world. The people operations team would call me, checking in every couple of days, sending emails with all the new starter info. They made people available to speak to me in the initial days of getting online and figuring things out. Then the customer success management team were checking in daily. The Brisbane Splunk team tried to get along to a virtual Friday lunch each week and every Friday afternoon is an Australia-wide check-in drinks via Zoom. There’s a lot of engagement.”

“They made sure they looked after the health and wellbeing of their staff members. We have had pandemic days off. My boss actually said to me, ‘you’re not taking enough time off, you need to book some leave’. They’re very aware of how the pandemic is affecting mental health.”

Erin has been “blown away” by the amount of training available to her at Splunk. “They want to make us well-rounded individuals, not just Splunk experts.” 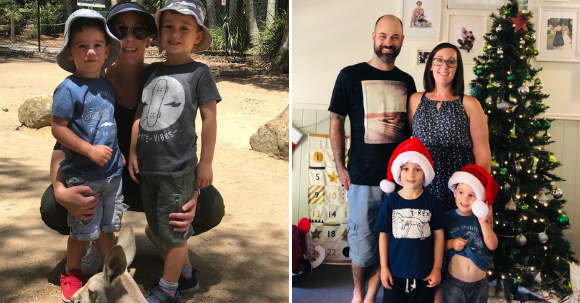 Splunk is also, “very flexible with work arrangements. Working from home brings in a new element. You’re now living at work”. Erin tries to keep some time in the afternoons free of any meetings to spend time with her children and family, and will then log in later on to complete her work. “I choose when I start and finish, and as long as I’m getting what I need to get done, done, it’s considered acceptable to do your work in the hours that you want to work. It’s like a choose-your-own-adventure!”

“It’s a top-down supported environment. My boss leads by example and takes days off to look after his own mental health. He also starts work a bit later, after getting his kids to school.”

To Erin, she sees that, “they’re really forward-thinking in terms of what people want. They really think about how they can make your work life better”.