Stronger together — male allies at Ericsson

At Ericsson its leaders and employees are committed to improving gender diversity and they don’t shy away from the work to be done or the team effort required to get there. This means women and men working alongside one another to systematically eradicate structural barriers and bias as well as leveraging the power of personal leadership. We spoke to three men championing change at Ericsson — Paul Copeland, Jay Hollow and Nick Bromhead — to get their perspectives on being an effective male ally. What is consistent amongst them is that being a male ally isn’t an identity. It is a process of understanding the issues that perpetuate gender disparity and putting beliefs of equality and fairness into action on a daily basis. 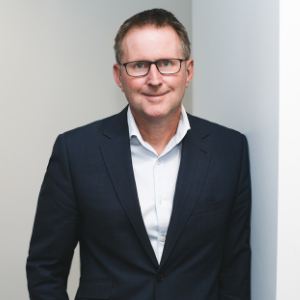 For Paul Copeland, Head of Network Operations at Ericsson Australia and New Zealand and member of the executive leadership team, achieving gender equality has always been important. As a male ally he has been constantly learning and growing his awareness and understanding over his career. He has evolved from being active in improving gender diversity and inclusion to becoming an advocate.

Understanding how widely he could effect change, Paul was determined to take action by fixing the pay gap. He says, “We had to be far more active in deciding to make the change in a systematic way. We’ve made significant progress by understanding the data and addressing gaps at every opportunity. We’ve allocated additional budget to make sure we get alignment as it is the collective priority of my leadership team”.

“Without pay equality, everything else is moot.”

Paul joined the Ericsson Diversity & Inclusion Council as an executive sponsor in 2016. He says, “It’s a great privilege to be a sponsor and have a position of influence to drive change. We have incrementally improved women’s participation in our workforce”.

When discussing his approach to recruitment and promotion, Paul highlights his focus on hiring women into non-traditional roles. He says, “We are constantly looking to increase the number of women we have working in our industry. For example, Ericsson focuses on gender balance from the beginning through its Graduate Program and Telecommunications Technician Traineeship Program.”

Paul believes through supporting and sponsoring women at entry level; they are set up for success in leadership roles.

Paul is also an executive sponsor of FUEL, a professional development program and community for women, by women. Paul sees this program as being important to identify, develop and cultivate emerging women into leadership positions. He says,

“FUEL keeps our focus on a more gender equal workplace and supports the progression of women in our company.” 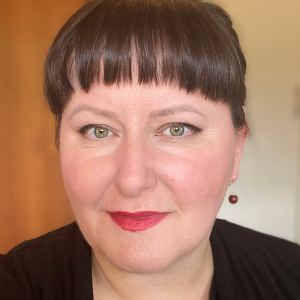 Bella Lough, Talent Management Consultant at Ericsson, has witnessed first-hand the instrumental impact that male allies have on elevating the visibility, voices and careers of women at Ericsson.

“The success and longevity of FUEL would not be possible without the important role played by male allies who listened to the two women who came up with the idea for FUEL back in 2014. Since then, they have rallied leadership support, invested money, and committed their time and advocacy to make it better and better every year. To me, male ally ship is about this team effort: the partnership between men who stand in solidarity with women and the shift that we create together.”

Leading for all forms of diversity 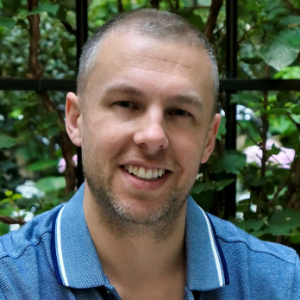 Jay Hollow is a Customer Project Manager and supports all aspects of diversity. He believes in empowering his highly diverse team to get the best out of them.

When reflecting on his eight years at Ericsson, he says, “We’re seeing strong and positive signs of change in the last few years”.

The conversation about diversity and inclusion at Ericsson is not just at the executive team level, but throughout the organization – and beyond. Jay believes this is an important role of the company. He says, “There’s a lot of ongoing initiatives to support gender equality. For example, FUEL, D&I Awareness Month celebrated every October across Ericsson globally, and events such as ‘Bring Your Daughter to Work Day’ to show what the telco industry is like.”

Jay recognizes why diversity in all forms matters. He warns,

“Groupthink and subconscious bias is a systematic risk. When building a team, it’s important to be aware of your own bias.”

He acknowledges that being self-aware of your biases is not always easy and like breaking any unconscious habit, it takes daily practice to change. He recalls how a few years ago, he saw double standards in how his female colleagues were questioned more compared to male counterparts. To be a male ally for change means calling such behavior out — even if it’s subtle.

Jay has a very diverse team across gender, ethnicities, age and experience. He says he has been intentional with his approach and is proud that his team represents various forms of diversity.

“If you’re a project manager or a line manager, you have a responsibility to reflect broader society and create an environment where people can be happy and healthy and the best they can be.”

When talking about succession planning and his approach to leadership, Jay says,

“Success to me is giving people the opportunity to move through the business, and to do all I can to help my team members reach their potential.” 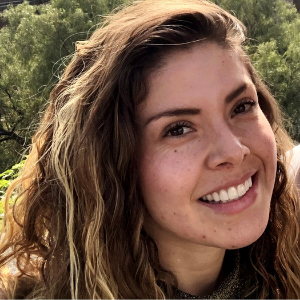 Ninoshka Correa is a Project Planner in Jay’s team and appreciates his management philosophy and the team culture he fosters.

“Working with Jay has given me a wider perspective of leadership and how to handle diversity in a corporation. I admire his leadership style because he enables ownership in his team, so we feel empowered to take decisions, make changes and bring new ideas to the team. Jay has always made me feel like I can develop within telco industry, and has nurtured individual motivation to demonstrate what I’m capable of.”

Engineering and technology are at the heart of Ericsson’s DNA with solution architects and people in other technical roles making up the majority of their workforce. 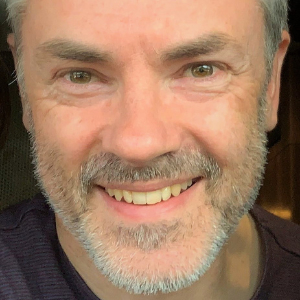 Nick Bromhead is a Senior Technical Leader and is passionate about and acts intentionally to advance women in technical roles.

“When recruiting new team members, we look for people with strong technical skills and the aptitude and ambition to build the required commercial and customer skills. A few years ago, we were looking to fill the network management solution role, and we were fortunate to bring Raminder on board. It was good for the team to have our first female join, complementing the existing team members who had diverse cultural backgrounds and ages.”

Raminder Sharma, an Experienced Solution Architect, was a trailblazer in Nick’s team.

Nick shares the importance of diversity and supporting women to succeed in fields where they are underrepresented. He says,

“Diversity is an absolute strength and joy in any team, but for a manager, it’s also a reminder to think carefully about the unique needs of each team member.”

“With Raminder joining the team, we had good discussions about the challenges of building a career in a male-dominated engineering environment particularly with the arrival of her first child and maternity leave imminent.”

Nick’s early commitment to diversity and inclusion meant Raminder felt well supported and thrived in her role. She says, “I began my role with mixed emotions fueled by excitement along with anxiety; replaying comments and notions that being in a sales team is very demanding, challenging and ‘perhaps not suitable for women’. From day one, Nick made sure I was included in all meetings and gatherings — both inside and outside of work. We built trust, and I became comfortable speaking up about my personal commitments and constraints”. 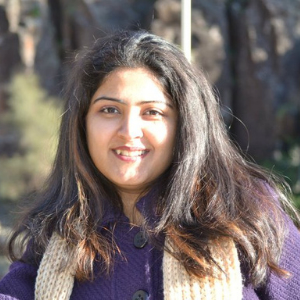 “To me, male allies are those who enable and support psychological safety. They help to identify and break down invisible barriers, allowing you to confidently advocate for your own success. They recognize their responsibility in improving working culture so that their daughters, sisters and female friends may prosper and work courageously.”

Challenging organizational structures that disadvantage women while remaining committed to the success of the organization is what it takes to be a great male ally. Ericsson is working systematically to de-bias the employee lifecycle: from recruitment to performance, salary reviews, promotions, appointments, and succession. But beyond systems, processes and goals, the business is also focusing on culture and leadership. A key element of this is leveraging the power of personal leadership from male allies.

Men are part of the solution and are actively engaged to play their part in strengthening the company’s diversity and inclusion, where key leaders such as Paul, Jay and Nick play a critical role as allies to women and setting an example for other men.