The secret to building bridges with Boral

By the end of high school, Emily Canda had no idea of what she wanted to become when she “grew up” (besides a Ben & Jerrys taste tester). So, she ventured off to Southeast Asia to volunteer as a teacher, which lead to building. It was there she realized how fundamental engineering is to creating societies with a high quality of life. This epiphany fueled a new purpose in her.

It became Emily’s dream to build a bridge.

She was fascinated not only by the structural engineering involved, but the social impacts something as simple as a bridge could have on communities like she’s seen in Southeast Asia.

Eight years later, at just 25 years old, Emily is fulfilling her dream to build bridges that connect communities as a Project Engineer and founder of Boral’s employee resource group WISE (Women Inspiring Success in Each other). We spoke to her to find out more about her dream and what it will take to achieve it.

Where her dream to build a bridge started

It all started from a proposed school trip to go overseas. With no other plans on her horizon (Ben & Jerrys were yet to respond to her resume), Emily thought to herself ‘why not?’.

There for a month, the experience was at times confronting, but overall, it had a positive transformative effect on her view of life.

“We were warned from our first day not to be surprised. That the cultures would be vastly different from our own. We taught English at an orphanage in an area afflicted with lots of landmines, and there were many students with missing limbs. In other areas, young children couldn’t attend school because they needed to work to support their families. It was a surreal experience. I made a lot of friends. But it changed me.” 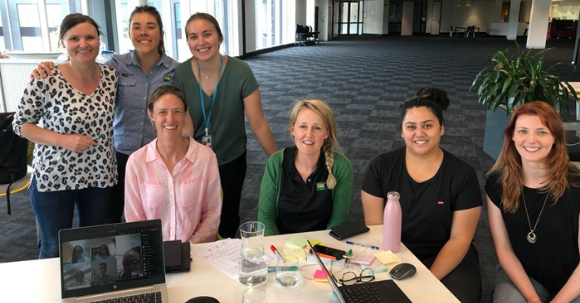 Emily returned to Australia with a new purpose – to help solve both complex engineering and equality problems and to make a positive impact in the world. Her first challenge though, was getting on the path to fulfil this purpose.

“I didn’t do very well in high school. I didn’t have the marks to get into university. But I had enjoyed STEM subjects and had done really well in graphics.”

She considered drafting at first, but after beginning the TAFE degree, realized it wasn’t for her. She admits doubting she would be smart enough to be an engineer, but of the classes she had enjoyed at TAFE so far, engineering topped the list. Driven by her bridge-building dreams, she committed herself to study, and found not only did she enjoy the engineering subjects, but she excelled at them too.

After finishing her TAFE degree, it was suggested to her to go for a bridging course to continue her studies at university. A bridging course was all it took, and her time at TAFE even knocked a year and a half off the full bachelor’s degree.

“My careers counsellor in high school had told me I’d never see the inside of a university. I showed him!”

How she started at Boral

Ever eager to get started on her dreams, Emily applied to work for Boral while she was studying. It turns out both her father and her grandfather had worked at Boral, so she knew they were a good company that treated people well.

“I started working full-time at Boral in the concrete service center. I’d work 6am-2:30pm shifts, and then go to uni afterwards, staying in the library until 10pm.”

Toward the end of her degree, the General Manager of Engineering asked her to come work for the Boral Cement team. From there Emily’s career continued to grow. She was working as an engineering coordinator before she had even graduated. And she even won an innovation award for going above and beyond her job in 2018.

Emily even now continues to grow her skills, undertaking studies to get her PhD. She recalls a particularly intense interview as part of the application for a scholarship, where she felt sure she’d blown it.

“I’m more passionate than smart. When I applied for the scholarship they drilled me on chemistry, and how I’d tackle these difficult situations. I said, if you’re looking for the smartest person in the room, it’s not me. But if you want someone who gets things done, that’s me.”

Happily, it seems she was who they were looking for, and she got the scholarship. She’s committed her PhD to researching ways clay could replace concrete in the construction of a more sustainable future.

“Essentially concrete is a very terrible producer of CO2, and if we can supplement cement with clay, not only will it be more sustainable, it’s also more readily available. Some countries that can’t afford cement can use clay instead.” 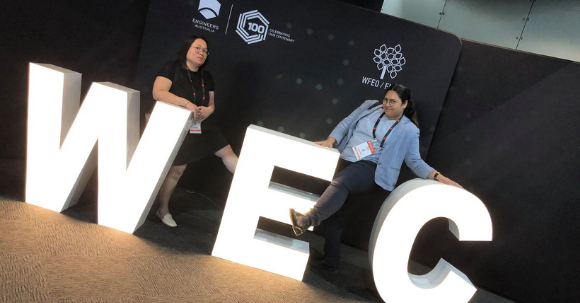 Emily hasn’t had the opportunity to build a physical bridge – yet. But she has played a pivotal role in building cultural and emotional bridges for the women working at Boral.

She inspired and co-created an employee resource group in Boral called WISE (Women inspiring success in Each other). It started as a grassroots initiative but has since grown to have over 150 members. WISE offers mentoring circles, a national buddy program, webinars and helps to connect women together.

“Being a young woman and a project engineer is hard. You need to learn to stand your ground. WISE was created so future generations of women engineers at Boral wouldn’t feel alone. So that if you did have a cry in the bathroom, you have someone to call and pep you up.”

Talking to Emily, it’s profoundly clear how proud she is of WISE and what she’s been able to achieve with the group. And to have accomplished it all at just 25-years-old, she has every right to be proud!

“I still want to build a [real] bridge. It used to be about connecting communities and helping them make more possible. But looking back it’s been more meaningful to connect people.”

Emily certainly has the guts and energy to achieve whatever she sets her mind to, so we asked her what’s her secret.

“It’s about having confidence to speak out about what we want. I wanted a change in the treatment of women in engineering – I spoke up and a bunch of really positive people from all around the company answered. Getting over this fear and lack of confidence about who we should be is the biggest thing.”