When work and life are all games

Gaming runs through Kayla Panozzo’s genes. Her whole family are devoted gamers, and now she is a Lead Software Engineer at Wargaming, who produce and design games played by millions across the world. We spoke to Kayla about how she got started, her love of problem-solving and her career tips, especially on the importance of self-awareness.

From finance to gaming

When we asked Kayla how she got started in tech, she says the love for coding and technology started by accident when she had to choose computing studies as an elective in year ten which led her to study software engineering at university.

Upon graduating, she spent two years in the finance industry as a software engineer. While it gave her a great foundation and learning experience, coding for finance was definitely not her passion. She came across her dream job at Wargaming but initially had a few reservations because she was not from the industry. Nonetheless, she knew her skills were transferable and being an avid gamer; she knew it was an opportunity of a lifetime. To Kayla’s surprise, she got the job — but we think it’s been written in the cards for her all this time.

For Wargaming, not only was Kayla the stand-out candidate, but part of its commitment to diversity is hiring engineers from a range of experiences and industries. People have a misconception you need to come from gaming to work in gaming — and the company is proud to challenge that.

For the love of problem-solving

Kayla has truly skyrocketed in her career at Wargaming. In a short time, she was promoted to lead a team of software developers, as one of the youngest in the team. We asked Kayla what her secret to her success was. She says, “I had a great coach and a manager that continually vouched for me. I’ve always been passionate about leading a team, and I made this goal clear from the start. I received a lot of support and learning opportunities to make this happen. Wargaming was supportive of my career goals from the start.”

We asked what was it about people management that she was interested in. Her answer was simply her love of problem-solving and people.

“I love solving problems. I believe management is all about solving problems for people. I think that’s much bigger and more complex than software. Software is a lot more predictable to solve; on the other hand, people are not always predictable. For instance, everyone has a different way of working, and as a manager, you have to understand that and make sure everyone can work together.”

For many organizations, it’s common to see the most senior person take on the leadership role — but at Wargaming, it’s all about the leadership capabilities and potential. Kayla came highly regarded as she had the best of both worlds — the ideal blend of technical and leadership skills to be successful in the role. 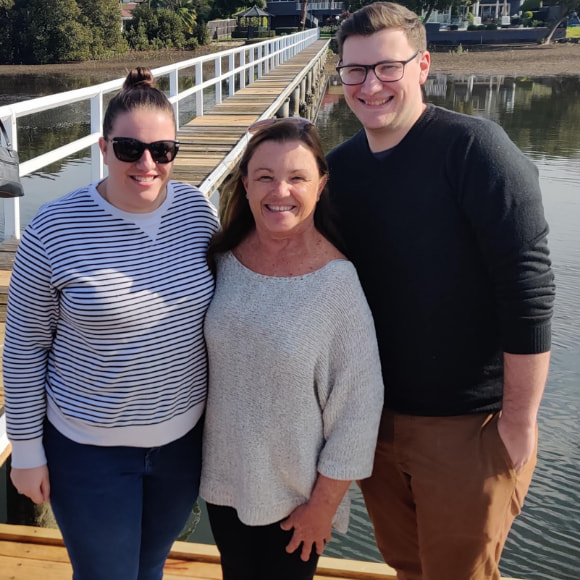 “We were originally a huge team of developers, but because we were falling a bit behind [with operational tasks], I did a lot of the leadership stuff in the beginning for about six months before starting my people manager role.”

Kayla is able to quickly get buy-in and respect from her direct reports. She believes the key to this is creating a safe space for people to freely speak up and be themselves without being judged. She says if anyone says something that appears controversial or you don’t agree with, the best way to handle that is to try and understand things from their point of view — and again, not to place any judgement. She adds,

“Also trust that people will do their job and do it well. Don’t micromanage them.”

Wargaming put Kayla on a comprehensive and exclusive six-month leadership course which she found invaluable. She feels well-supported and believes the company is passionate about diversity and inclusion, especially in encouraging more women to join the industry.

“I know the management here is very focused on diversity and inclusion. There is a D&I group that meets every two weeks. We celebrate everyone and promote awareness of community organizations. I remember we celebrated International Transgender Day of Visibility back in March.”

Kayla says that the leadership team are very passionate about helping everyone progress in their careers. They have mentoring and coaching programs and really believe in supporting individuals developing the skills they need to thrive in their career. Her advice is to understand what you want to do and once you know, get the coaching you need.

We asked her what she is most excited about at Wargaming. She says she is working on future title which is a brand new IP and an important part of the future for the studio. Kayla also mentions the great perks and benefits of working there, including personalized benefits packages, with Kayla’s covering subsidized health insurance, entertainment and more. There are also a lot of social events. She laughs,

“We had a lot of gatherings [before COVID], and it’s interesting because we’re all a bunch of introverts. People like to have fun here but care enough to get the work done.”

We asked Kayla for her top three career tips, and they are:

When she is not busy coding and leading a team, she loves to get out and play netball, which she has been doing since she was seven years old. She also loves to explore escape rooms and tackle the latest puzzles. Since COVID, she has tried out a few virtual escape rooms which has been a fun experience. It seems she loves problem-solving — at home and at work!