Why I mentor: empowering girls to close the gender gap – British Business Bank

For Surbjit Juttla, a job in law or accountancy like her parents wanted just never quite sat right. Instead, she leaned into her natural curiosities for IT systems and the computing technology behind them. Now she’s the Head of Test at the British Business Bank. The journey to where she is now wasn’t easy, but she hopes sharing her story will help empower other young girls and women to follow their career dreams.

I want my journey to inspire others

The pressure to join the family business, or to do something our parents can relate to, or consider ‘respectable’, can be a huge problem for many young people starting their careers today. Surbjit shares how her own parents wanted her to become a doctor, lawyer, or accountant – three well paid, stable, and respectable career choices.

As she puts it, the thought of being a doctor was too ‘squirmy’, so to make her parents proud, she went to university to study Business, Law and Computing. She soon realized that the law wasn’t for her and dropped it to focus on Computing and Business. Accounting seemed to be the best fit to meet her family’s expectations, but there was something that intrigued her about studying computers. The logical thinking, the way programs were put together – it drew her in.

“My parents were looking at careers that earned good money, but I realized I could be a software specialist and earn the same amount, but do something I loved, something I was passionate about.” 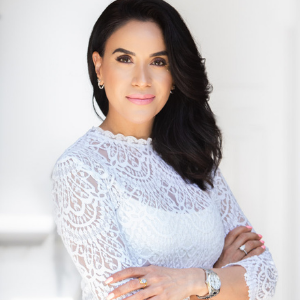 She’s still ever grateful for her parents. Their support, their guidance, and their confidence in her potential helped put her on the path she’s on today. And she knows there are young girls out there who aren’t as lucky as her in this respect.

“I want to encourage other women to be independent, and help provide more opportunities for girls to see their career dreams become a reality.”

It comes naturally to me

Family remains an important facet of Surbjit’s life. She helps with her father’s business in her spare time and is a doting Aunt to her nieces and nephews. In fact, it was the way she counsels and guides her niece that first flagged Surbjit’s potential as a great mentor.

“A close friend of mine is part of The Girls Network, and she recommended me. When we were speaking about the work she was doing, I realized I had been doing the same things almost every day for my niece. My friend saw how naturally it all came to me and recommended me to the Network.”

The Girls Network is a mentoring community whose mission is to inspire girls from the least advantaged communities. All the girls from the Network have different backgrounds, and Surbjit loves the idea of helping them face their different challenges to recognize their potential and help them achieve it.

Take her niece for example. Surbjit glows with pride as she tells us how she’s fostered her niece’s studies in marketing and IT, as well as encouraging her to turn her side-passion for nail-art into a second form of income.

“I encourage all my mentees to look for out of the box ways they can start earning money right now through their side passions. I’m so proud of my niece when she sends me pictures of her nails. She wants to create her own lifestyle, and she’s found something that she finds rewarding.” 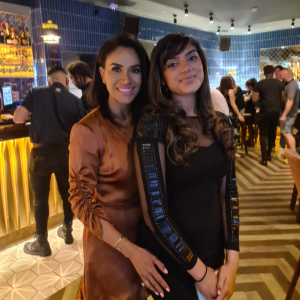 I want to fight the stigma around women in IT

Back when Surbjit was just a junior consultant with a previous employer, she was sent out to finish the last week of work for a very large project. The rumors were that the earlier stages of the project hadn’t gone well, and so she was already primed to do the best she could to ensure the final stages of the project went as smoothly as possible. She stepped into the client’s office to introduce herself and was met with a 6-foot-tall man in his mid-50’s who all but sneered at the sight of her.

“It made me feel tiny. Every day that week felt like he was looking at me thinking ‘oh, you’re back again’. That was the moment I first truly experienced the stigma of being female in the IT industry. But it gave me the motivation to complete the assignment, on time, on budget, and have the satisfaction of presenting it all back to him – and taking his cheque for it all.”

Now, working for the British Business Bank, Surbjit is thrilled to see the work going into ensuring women are welcomed into tech and IT roles. In fact, Surbjit’s passion for mentoring the next generation has been fostered here as well. She and her manager have begun a special project involving going to schools to talk with students about opportunities for girls in IT.

I’m inspired by the leaders around me

Surbjit’s is also in awe of the work of their new CEO, Catherine Lewis La Torre, and her passion for empowering women to go into business. Research conducted by the Bank found that the number of women applying for business loans is greatly disproportionate to male-led businesses.

“I think it’s important for us to encourage women into business. And it’s amazing to see the Bank is so supportive, backing it up with initiatives to help provide support.”

“I would love to see more successful women show independence and find success in this industry. I do absolutely love working for the British Business Bank.” 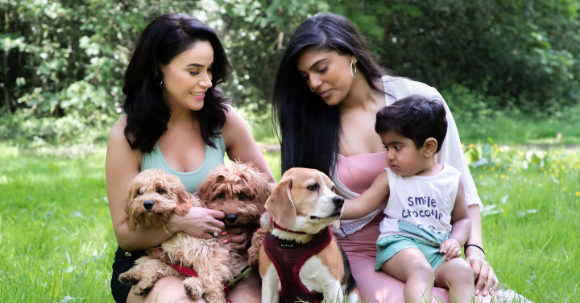