The Core Purpose at Pentalver is to be the safest and most respected transportation provider in the world. As a Driver Trainer, Emma Wilson plays a key part in achieving this purpose.

Emma has been with Pentalver for four years now and has progressed from an HGV Driver into the more senior role of HGV Driver Trainer. She has been instrumental not only by fostering safe driving practices but in the empowerment and inclusion of women in the transport, shipping, and logistics sector.

While she is extremely proud of what she does, she’s also extremely humble about her contributions and achievements. But good work deserves recognition, so here’s a brief glimpse into the amazing work of Emma Wilson.

A bit about Emma

It sounds cliché, but Emma is one of the hardest workers we’ve ever met. Not only at work, but at home too. She built her own 30ft log cabin gym, cultivated a massive thriving fruit and veggie garden, and renovated her entire living room around an enclosure for her 13-year-old pet iguana – Sapphire. Emma was raised around animals, and apart from Sapphire currently has four dogs, and in the past has also owned three other lizards and 16 corn snakes.

Emma left her previous employer because she felt they abandoned her in her hour of need. Despite being one of their best drivers, an injury to her back limited her capability and she felt they did little to support her.

Coming to Pentalver she had hoped a treatment plan of injections would be enough to manage her injury. However, after less than six months with Pentalver it was clear she would need surgery. Emma remembers how supportive Pentalver was during her recovery, even going as far as to arrange a carpark closer to her office to help her out.

When she made the move to the training team, Emma admits to some anxiety around leading a classroom:

“I’d never stood before a classroom before, I was so nervous the first time. But Pentalver provided me with all the relevant training I needed to succeed. Now, after two years in front of a classroom I’m far more relaxed.”

Emma also notes the vast difference between one of her earlier career experiences owning a pub (The Coach Makers Arms) and her career with Pentalver:

“Punters want you open every day, all day. Unappreciative of the hours you need to put in, the cleaning and restocking that needs to happen. Now at Pentalver, my boss is always thanking me for what I do, trusting me to leave early if I need to. We work well together.” 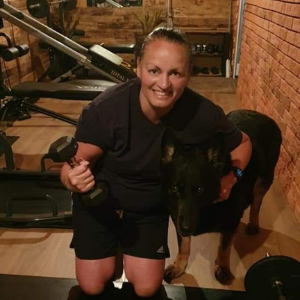 Most people think they’re all brilliant drivers, with no clue how many bad habits they’ve picked up, until there’s someone sitting beside them. Emma’s role as a driver trainer includes assessing the driving skills of all new candidates to Pentalver. Then after they’ve onboarded and settled in, she instructs them on how to break these habits, and drive more efficiently. These more efficient habits save the company thousands of pounds in the long term.

Her role includes lots of other compliance related work that keep Pentalver’s vehicles on the move, but this was just one of the small ways Emma has made a massive impact at Pentalver.

How Emma is helping other women in road haulage

Emma says other women from different sectors often ask, “How do you drive those things?” in reference to the big lorry’s of Pentalver’s fleet. Her response always comes quick and easy, “How do you know that you can’t?”. She advocates strongly that the transport & logistic industry needs more women.

“I’m a big believer in giving people a chance and bringing more young women into it. So many look at the big vehicles and see fear, not ability. But when you get them behind the wheel, let them have a go, they see how easy it is to do.”

Emma has been in the industry for over a decade including the four years she’s been with Pentalver, and she admits to hearing the odd sexist remark over that time, but not very often, and not with Pentalver.

Emma truly believes it all comes down to belief in yourself. She’s helped create more training videos that highlight and champion women driving the vehicles at Pentalver, as she’s seen progress in the number of women applying. But she’d love to see more.

Those days of blokes with massive arms from the effort to turn the steering wheel of a vehicle are long gone, and it’s now much like driving any regular car in terms of mechanics – just on a bigger scale.

And for those who are really worried, rest assured they’ve got an advocate and friendly face in Emma to help turn them into the best, safest, and most successful driver they can be.