13 years and counting: Why Sara considers ESV her work family

“Sara Hansen first joined Energy Safe Victoria (ESV) in 2007. Back then, she was a 20-something keen to travel the world. Since then, she’s gotten married and started a family. She shares how ESV has supported her throughout every step of that journey and why it’s a family-friendly workplace. 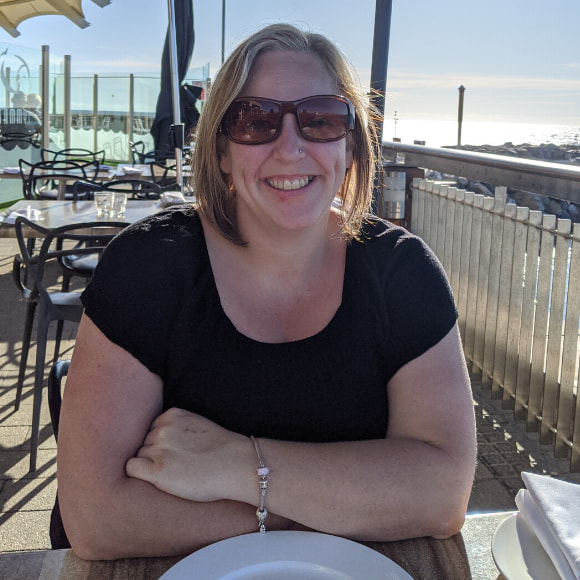 In her 13 years working for Victoria’s technical regulator responsible for electricity, gas and pipeline safety, Sara’s done a number of jobs. She started as a Licensing Officer, was promoted to Senior Licensing Officer and for the past five years has been on a digital project team, learning all kinds of new skills.

“I’d never done anything like it before, but I’ve really enjoyed the experience,” says Sara. “The project work has been so varied, and I’ve learnt so many new things, including the Agile methodology and mindset.”

In 2015, as a subject matter expert in ESV’s electrical licensing process, Sara joined a project team within ESV tasked with leveraging technology to digitize and streamline the paper-based application processes of applying for things like electrician’s licenses and certificates of electrical safety.

Last year, ESVConnect was launched, allowing electricians to self-serve using the online portal to easily renew their licenses when it suits them. It has also significantly reduced ESV’s environmental footprint. For Sara, the launch was a career highlight.

“It was a very proud moment,” she says. “It’s been really rewarding to help shape something new and see that come to fruition.

“I’ve been with the organization for a long time, and knew how the old system worked and what the new system should entail, which is why I initially put my hand up to get involved in the project.”

Having a supportive employer

Before joining ESV, Sara had a variety of jobs. She’d been a PA, casual bank teller and color scheme advisor in the building industry. “I was a jack of all trades,” she laughs.

But when she saw the job as a Licensing Officer at ESV come up, it just felt right, she says.

“I had a lot of admin and customer service experience that was complimentary, and great attention to detail, which is necessary for the legislation side of licensing. And I remember leaving the interview thinking: ‘This job is mine’.”

Sara hasn’t looked back, describing ESV as her work family, and enthusiastic about the support and opportunities she’s been afforded over the past 13 years, including being promoted to Senior Licensing Officer in 2012 – another career highlight for Sara.

“I’ve been supported in so many ways. I’ve been given the opportunity to try new things and undertake training, and I can voice ideas in a collaborative environment.”

ESV is an equal opportunity workplace, with good leaders that are approachable, she explains.

“My immediate team lead is fantastic. I know I can go to them with any issues and it won’t fall on deaf ears – there will always be a solution.

“I work with a really great team and that makes such a difference to your work happiness.”

Sara has seen many changes occur at ESV, including a real focus on creating a diverse and inclusive workforce. But there’s been an equal amount of change that’s taken place in Sara’s personal life during that time.

“ESV understands that life changes, and has offered me the support to facilitate these changes and maintain a great work/life balance,” she says.

“After I had my first baby, I came back to work four days a week. But was pregnant at the time, so soon went on maternity leave again to have my second child.”

During her second stint of maternity leave, Sara took advantage of her keeping in touch days, coming into the office one day a week from when her baby was around nine months old until she officially returned to work three months later.

“That was really beneficial because the ESVConnect project was moving at pace at that point, so I was able to get up to speed without any pressure, while also having the mental stimulation of being at work,” she says. “And it made the transition a whole lot easier – both for myself, my child and my family.”

A focus on work/life balance

ESV prides itself on its family-friendly policies, which include flexible working options, 14 weeks paid parental leave and a purchased annual leave scheme. It also believes in fostering a work culture that promotes a healthy work/life balance – Sara attests that the culture is exactly that.

“I have two girls under four, and I’m never made to feel guilty if they’re not well and I can’t make it into work because I need to care for them.”

Sara now works three days a week: Mondays and Wednesdays in the office, and Fridays from home. “Which is great because I can avoid the commute, and instead of being stuck in traffic I can spend that time with my children.”

She spends Tuesdays and Thursdays going to the gym and with her girls, either drawing, going to the park or enjoying a messy play activity.

Working one day on, one day off helps Sara achieve balance in her life, plus give her the best of both worlds. “I love my girls, but I also love going to work and being a grown up,” she says.

“Being a working mum is a juggle and obviously some days are harder than others. But we’re all super women – we can do it!”