A Shared Purpose: Unitywater’s Martine Watson is more connected to her mission than ever

As a young navy cadet with a passion for hands-on work, Martine Watson was among the second intake of female electrical apprentices at BHP’s Port Hedland site in 1993. Over the next two decades, Martine would work across a number of sectors, progress to leadership positions and even start her own business. Yet, when the 2011 floods hit Brisbane, she discovered a passion to serve the community that would become a compass guiding her future career decisions. As Manager of Network Operations at Unitywater today, Martine says she feels more connected to her purpose than ever. 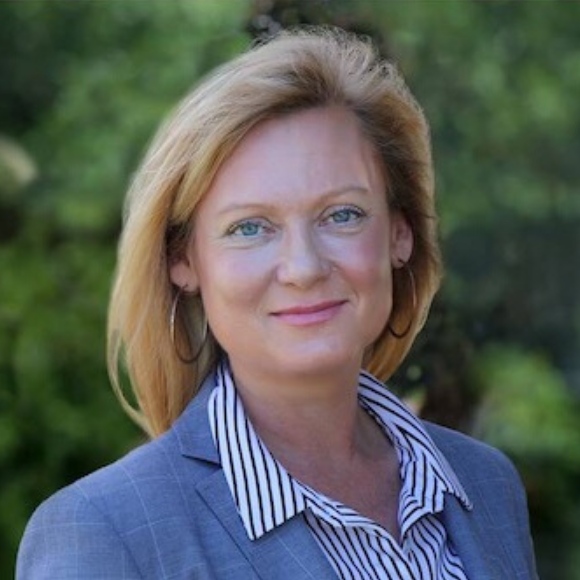 Martine and her team of 47 are responsible for a 24/7 control room that operates 6,000km of water pipes serving 700,000 customers. She’s also Chair of the SWAN APAC (Smart Water Network Forum – Australia Pacific Alliance) Partnerships Group – a network designed to accelerate the use of smart water technology for the benefit of customers and operations.

Reflecting on the 2011 floods, Martine says it was her first taste of working for a real cause.

“I led the flood recovery effort for the western regional electrical assets. We worked seven days a week, but we didn’t even notice. We were driven by passion. When your purpose is to protect human life and keep communities healthy, your stamina doubles. Experiencing this, I asked myself, ‘How do I leverage this stamina? How do I go about finding purpose to ensure my work is meaningful, valuable and making a difference?’ Since being at Unitywater from 2015, every day is like this. Our networks must be safe and valuable to the community because they trust us.”

Martine’s story and an unexpected arrival

After leaving school in year 10, Martine moved to Port Hedland to undertake an apprenticeship with BHP. A high achiever, Martine completed her apprenticeship in three and a half years – six months ahead of her cohort.

In 1996, Martine relocated to Cairns to start her own electrical business, and very quickly became a single mum at only 19 years old. It was at this time she decided to pursue an earlier interest and study psychology. Excelling at university but struggling financially with her newborn in her arms, Martine left her studies a year early and went back to her business – but this time with a small helper.

“My (then) five-year-old son Josh wore his own little uniform and had a little desk. I’d give him a task at the start of each day such as removing all the colored components from an old circuit board. At lunch, we would run to the pie van and he would place the order. It was adorable. In a way, we grew up together because I was so young when I had him.” 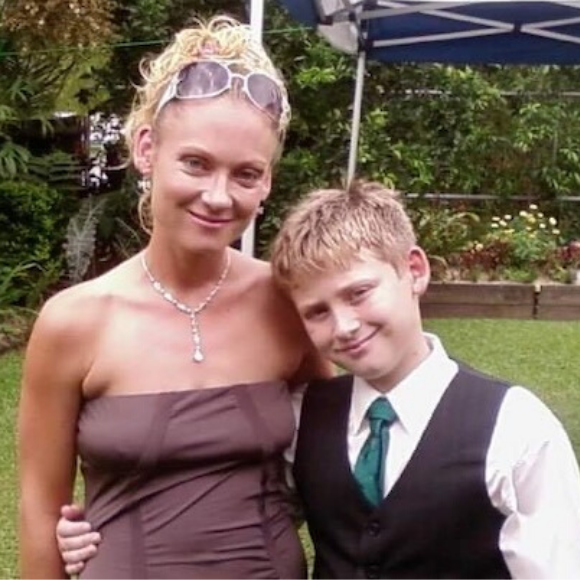 Over the next few years, Martine moved between Port Hedland, Cairns and Perth, gaining experience in asset management, mining safety regulation, water operations and electrical design at a senior level. Through it all, Josh was by her side.

After 2 years in Perth as a Senior Electrical Designer contractor, Martine wanted to provide Josh with more stability. The pair moved back to QLD and Martine undertook a role with Queensland Urban Utilities (QUU) in 2010.

It was during the flood recovery efforts that year that Martine discovered a passion that would guide her future career decisions. In 2012, Martine moved onto Powerlink QLD, where she would step towards operational leadership. In 2015, she was welcomed to Unitywater as Operations Centre Manager.

Driven by passion every day at Unitywater

When asked why she chooses Unitywater, Martine says it’s a combination of the exceptional opportunities for growth, the family-minded community and the shared purpose and values.

“I keep doing what I do because it aligns with my personal values. Unitywater doesn’t just provide me an outlet for my passion, they invest in me. We’re big enough that we can have exposure to lots of different areas, but we’re small enough that each individual person can make a difference. And I have the opportunity to make a difference here.”

Within 12 months, Martine was promoted to Manager of Network Operations and she’s now coming up to her fourth secondment as acting Executive Manager. She’s also had the opportunity to undertake an eight-month Water Leadership Program through International Water Centre, which she says was critical in giving her the confidence to pursue an MBA with University of QLD this year. Unitywater supported Martine to study – and she did the team proud, achieving a Dean’s Award for Academic Excellence. 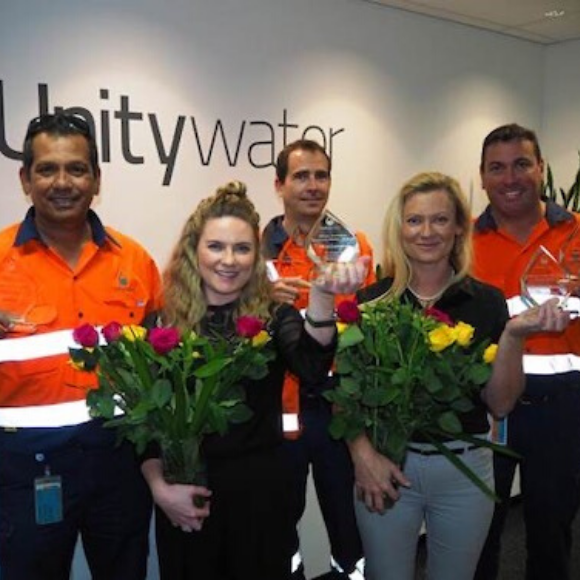 Looking back on her career so far, Martine describes four key phases.

“Firstly, it was about building my self-confidence, then developing technical capabilities (driven by financial survival), before honing my leadership capabilities. Now, it’s about personal development and fulfilling my purpose.”