With over 20 years of national construction experience, Kate Drews has held senior leadership roles in a range of Government and industry organizations. Her career began in the Australian Defense Force as an Army Officer and after 10 years, Kate left the Army to pursue a career in consulting. She is currently the Group Director for Buildings and Places for Northern and Western Australian at AECOM.

Kate’s journey through different but ultimately male-dominated industries is a great case study on how to develop skills to progress and grow both personally and professionally, learning from mistakes along the way.  Here are Kate’s top tips for women navigating careers in non-traditional industries, although we think anyone can learn from them! 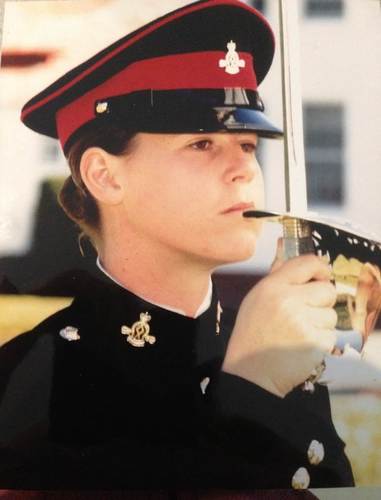 A determined young woman, Kate joined the Army at 17

As Kate progressed through several management roles, she had to change her leadership style from directive to coaching. Kate told us that as she moved up the ladder, she realized she could no longer do everyone’s job for them and control every situation. “I had to learn to lead through others, by delegation and influence rather than control,” said Kate. “Leadership style is not rigid and different styles may suit different situations, so it’s crucial to adjust yours accordingly.”

Invest in Training and Professional Development

Kate credits the training courses she completed with helping her to develop skills to have robust, honest but caring conversations. “Women leaders often struggle to engage in conversations that involve risk, such as upsetting someone,” explained Kate. “The courses I did allowed me to gain an objective view of myself and take a step back.”

Although training takes time and effort, Kate acknowledged that people often underestimate the benefits of engagement in training courses and pointed out that the cost of not doing something is bigger than the cost of doing it.

Kate often gets involved with events such as speaking on panels and at graduation events and groups focusing on women such as the WOW 2015 event in Brisbane. WOW (Women of the World) is a three day festival created by Southbank Centre London and is now an annual flagship event). “Attending and speaking at events means you have the opportunity to meet people both in and outside of your industry, and network with those with similar interests,” said Kate. “It also allows for the opportunity to give back to the industry and inspire the next generation of women.” 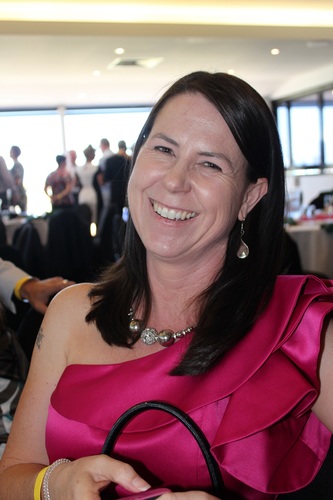 Kate attending a staff function at the Gold Coast

Whilst in middle management, one of Kate’s managers suggested a female mentor for Kate.  Although well-intended, Kate felt she had nothing in common with this particular mentor and discussed this with her manager. “Throughout my career, I sought out both male and female mentors in addition to being a mentor myself,” recalled Kate. “Regardless of gender, a good alignment between mentor and mentee allows each to speak freely and gain honest feedback.  Just because you are woman does not mean you have to have a female mentor/mentee.”

Whilst pregnant, Kate was offered an acting position which she turned down.  “Looking back on this, I do feel like it was a missed opportunity, and I waited longer for that promotion” reflected Kate. “I was too busy worrying about letting the company down and ‘what-if’ scenarios, instead of focusing on the long term view and the fact that the company clearly saw my potential.”  Kate is a strong believer in that women shouldn’t wait at the sidelines to be singled out and take the time to acknowledge themselves, instead of waiting for someone else to do it.

In addition to Kate, we’ve been speaking to a number of women from AECOM around what brought them to the company and why they enjoy working with AECOM. For Kate, the main reason was AECOM’s focus on Diversity and Inclusion. “The company’s focus on improving the promotion and development rates of women is what stood out to me,” elaborated Kate. “I was offered a large opportunity to take my career to the next level and re-invent myself as a leader.”

Kate also called out the fact that not long after starting with AECOM, she had the chance to meet the entire leadership team. “I’ve followed Lara Poloni’s (AECOM CEO, AU & NZ) career from afar and absolutely love her style, which is authentic and straightforward. It’s something that I really value and I’m excited about stretching myself further” concluded Kate.

Find out more about AECOM and view their jobs here.