She’s always sought adventure and lived an unconventional life. For this article she spoke with us about living around the world, networking to an accidental career and finding her way back to BHP. A two-part story, our next article about Sussanah is on having a partner who is the main carer and finding balance. 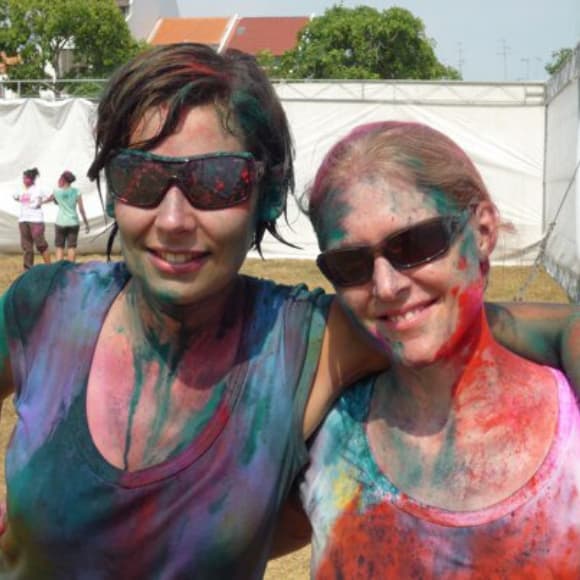 Looking for a career that could allow her to work around the world, she studied mining engineering and joined Orica Explosives as a graduate. The role took her to Perth, Melbourne and New Zealand, and she was hooked;

“There was a huge amount of autonomy, I did lots of exciting, different things – blowing up buildings and roadways, and using blasting technology in really fun and exciting ways. I really, really loved it.”

Orica took Sussanah to North Africa as their Regional Manager. She explained there were clients who would refuse to speak with her – a blond 27 year old – and would only talk to her driver, who was not an engineer.

“I realised there were some areas in the world I just wasn’t going to be able to be successful no matter how good I was, because I was female.”

The experience made her determined to find adventures and a career that suited her so she joined BHP for the first time, as a Six Sigma Black Belt leading business planning and process improvement across mining and technical services departments. After one year, craving more travel, she became Rio Tinto’s Global Explosives Manager based in Singapore, where she had her first son.

After three years, with itchy feet and a six month old, Sussanah and her husband moved to Mongolia. Talk about adventurous! She managed numerous logistics contracts for the Chinese-Mongolian border, and became pregnant again two years in. Wanting more access to modern services to meet her young family’s needs, she took her family to Canada, in a procurement function across Trinidad, Canada, and the US.

Sussanah told us the story of giving birth to her daughter while based in Canada. She was on a work trip in the USA presenting at a conference and went into labour five weeks early. Not allowed to fly commercial airlines with her newborn, her company’s private jet was her only route home!

Sick of -40C winters and always up for another adventure, Sussanah moved to Spain for two years to work with Maxim, another large explosives company, finally returning to Australia and re-joining BHP.

Her adventurous streak goes beyond work decisions though;

“One day after hockey, a group of girlfriends and I decided we should go to Everest. Two weeks later we were there! We didn’t do any research, so we bought a map in Kathmandu and walked to base camp without realising it wasn’t hiking season. We ate potatoes for nine days as we were unprepared!”

“I’ve always looked for an adventurous life. If an opportunity presents itself, what’s the worst that can happen? You can always go back.” 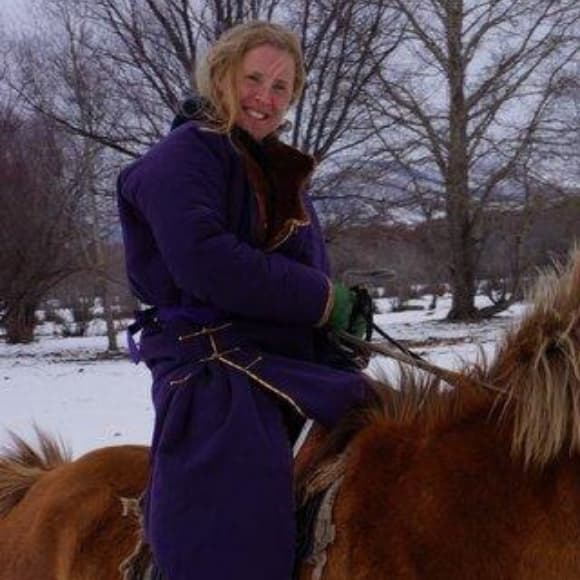 How Working Around the World Shaped Her Attitudes

Sussanah is passionate about creating sustainable, inclusive workplaces. In Mongolia, she would discuss workload with expats, pointing out that while they may be able to work at 150% for a couple of years, for the locals it was their working environment for life and workloads had to be manageable.

Working in non-English speaking countries helped build her empathy for differences, and she tells us,

“I wasn’t stupid just because I didn’t speak the language.”

When she started negotiating to re-join BHP, they talked about people as the centre of operations and leadership being about serving the team. The BHP values resonated with her personal values of putting people first and inclusive work environments.

“Since I’ve been here, that’s absolutely what I’ve seen – it’s genuine and authentic. I’m really enjoying where I’m at. This is a great organisation that really walks the talk and leading the way in some exciting people initiatives that’s set to change how the industry interacts with its workforce.”

As Manager of Mine Operations Improvement at Rio Tinto, Sussanah worked across a number of sites and operations. One of the mines found itself without an explosives supply agreement, and she was asked to oversee the procurement relationship.

“I didn’t even know that procurement was a job!”

When asked about the steps she’s taken to make her career what it is, she tells us;

“That would suggest that there was a strategy! Nothing about my career has been purposeful.”

As in her personal life, she’s taken career opportunities that look exciting, enable her to grow and learn, and give her experience in different parts of the world. For most of her roles, she’s been approached through her network.

Sussanah says that a fundamental step in creating a supportive network is capability and credibility. Getting exposure, opportunities and sampling a host of domains helps increase your credibility.

“It’s about being engaged with people, asking questions, being curious and trying different things. Then do a good job and deliver on that.”

We tend to think of our network as specifically a ‘work thing’, but our network is derived of people from all walks of life – friends, old school mates, colleagues, even mothers group.

“I play hockey”, Sussanah tells us, “and love how broad that team is in terms of where they’re at with life. When you think about building networks, don’t exclude any segment of society. You learn a lot from people that are a lot older than you or who come from different walks of life. Be open to that.”

Watch out for the second half of Sussanah’s story, where we discuss finding balance when you’re the main breadwinner.