Fresh out of university I started my career in the NSW Roads and Maritime Services (known then as the Roads and Traffic Authority) as a policy graduate. Having completed my Bachelor of International Studies with a double major in Italian and politics, I dreamt of becoming a diplomat, which appealed to me because I would get to travel to different countries every few years – or something adventurous like a spy because of the possibility of dangerous locations and obscure countries.

“The thought of being a spy gave me quite the adrenaline rush and I love learning new languages.”

I went through the recruitment process and the real deterrent for me was actually the thought of moving to Canberra. I was told that where I would have to be based there for around three years until I would be assigned my first post as Intelligence officer (official title for spy) and being away from family and friends while I impatiently waited for my adventure to begin.

I am not afraid to admit that at the time, the RTA was not chosen because of its employee benefits or my passion for transport…it was chosen because it was close to home and offered a guaranteed permanent job at the end of the graduate program. Bizarrely enough, I did not picture a career move in IT…so how have I ended up here is a good question!

Taking some risks – step out of your comfort zone

During my time in the graduate program, I rarely selected ‘safe’ placements where others could show me the incredible policies they drafted or the projects they had worked on – instead I explored the unknown, placements other graduates had not been before.

Attending a networking event where managers met us graduates was a great way for me to hear about placement options. Before we started to mingle, we all stood up, introduced ourselves, and stated our other completed placements along with something others may not know about us.

“I decided to tell everyone about my black belt in karate and how I had dabbled in samurai sword training. I seemed to draw a bit of attention and was bombarded by various managers.” 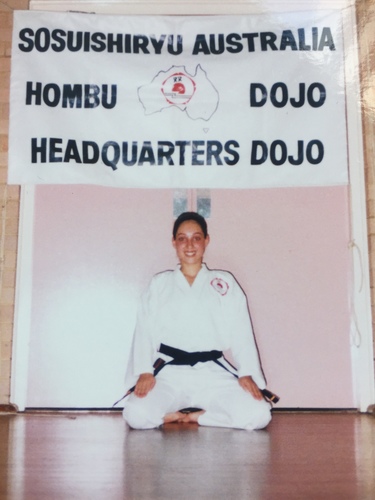 The placement that intrigued me was in the ministerial and correspondence team, which meant I would also have exposure to the Chief Executive’s Office and Minister’s Office, which was uncommon for graduates. It was a challenging role, high pressured, and yes I developed some unfavorable habits like a coffee addiction and caved into sugar cravings (both now under control), but the opportunities I was provided were unimaginable!

I was involved in the Budget Estimates process and attended the hearing – where I also managed to end up breaking a high heel on the way and quickly had it nailed back on so I could run to Parliament (haha) – Questions on Notice, providing reports to the Minister’s office, and gained a strategic top-down view of the priorities and direction for the agency.

Another opportunity was working in one of our regional maintenance areas in Southern Region (Wollongong), while others relocated to Wagga Wagga, even Parkes or Grafton. Though I did not venture far from my home in the Sutherland Shire, it was still my first time living alone, which was part of the learning curve for me.

As the team’s first policy graduate, it was testing at times because the word ‘policy’ seemed to be almost alien to them. I had to prove my worth and value. This role gave me a firsthand view of what putting policy into practice looked like. It also showed me what could go wrong if it was developed in isolation in what was perceived as the ‘ivory tower’. I was often escaping the office and exploring different worksites to understand what the business and the teams were involved in. I gained a different perspective, met some incredible people along the way and learnt a lot about myself.

My supervisor could sense that I was eager and a very driven people person. She had me giving presentations to worksite supervisors, assisting with coordination and facilitation of ‘Leadership on Worksites’ Training, and they also put me in charge of developing a business and marketing plan for the section. It was one of the most personally rewarding experiences and seven years later my supervisor who pushed me and supported me still remains a close friend.

In my current role, I cannot say that I was successful because I have an extensive background in IT or academic qualifications in communications. The key reasons why come down to:

Looking back would I have done things differently? – definitely not, because I have been in roles with some incredible, inspiring leaders, gone through a lot of growth and can happily say that even though it’s early days…I am in a role I thoroughly enjoy and am surrounded by a team that is motivated, passionate and supportive – and we treat each other more like family than only colleagues. 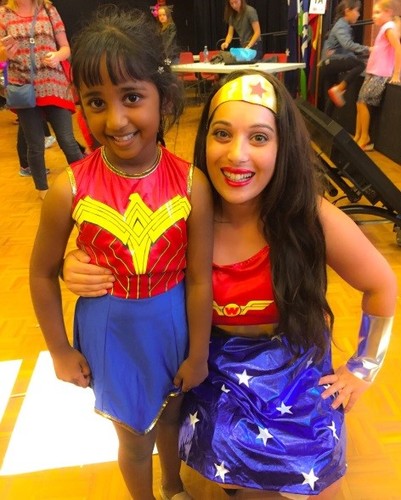 Superhero Daughter Day 2018 – I dressed up as Wonder Woman to inspire the young girls. Pushing Diversity and Inclusion is a key passion and it starts from when we are young. Can’t wait to be part of the event again! 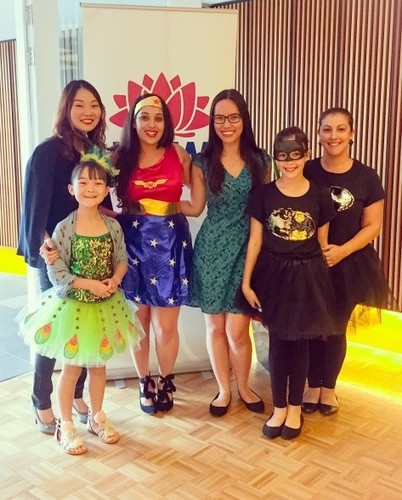