Gender Equality – The highs and lows of 2015

2015 has seen many ‘firsts’ for individuals, countries and organizations. We’ve compiled a few of our most memorable moments in history, both good and bad.

Australia drops down in the Global Gender Gap Index

Australia may boast some of the world’s most livable cities, a strong economy and a laid-back lifestyle, but when it comes to gender equality Australia doesn’t even rank in the top 30. In fact, we’ve continued to slide backwards, going from 15th in 2006, to 24th in 2014 and ranking 36th in 2015. At this rate gender equality will not be achieved until at least 2133.

From the top 200 companies, 40 have reached the aim of having 30% of board being female which is up on 7 last year. But there are still at least 30 companies with no females at all.

The second year of data collected by the Workplace Gender Equality Agency covers 12,229 employers and represents over 40% of employees in Australia. It found an overall gender pay gap of 24.0% on average full-time total remuneration (including bonuses, allowances and superannuation), representing a difference of $27,254 a year. 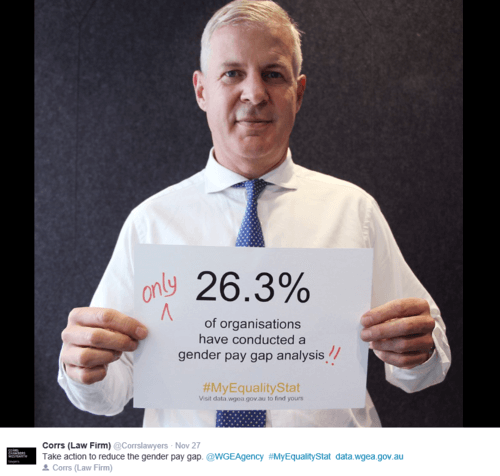 The importance of women in sports is crucial to developing role models for the next generation of women- positive portrayal by the media and sporting associations is the key to driving this forward. We’re pleased to see many advances in this area in 2015:

Ecstatic to win in a sport she described as “chauvinistic”, Michelle had a message for anyone who thought a woman wasn’t strong enough to ride a Melbourne Cup winner, which was simply to “get stuffed”.

But those two words would never be said to Darren Weir, the trainer who didn’t care about the public bias and gave her the chance to shine. Darren also employed Michelle’s younger brother Stevie, a Downs syndrome sufferer, as a strapper for the last decade. 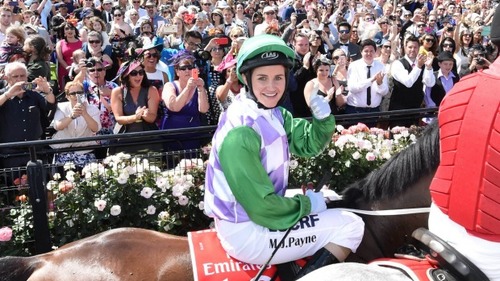 A UFC record crowd of 70,000 were in attendance at Etihad Stadium in Melbourne, on November 15th, 2015. This was the first time two women’s title fights headlined a UFC event. In addition to the Ronda Rousey vs Holly Holm match, Women’s Strawweight Champion Joanna Jedrzejczyk defended her title against Valerie Letourneau.

We also saw Electronic Arts announce that its new mixed martial arts video game, EA Sports UFC 2, will feature Ronda Rousey on its cover. Fans will also be able to play as a female fighter in the game’s Career Mode for the first time, which is a great shift in another male-dominated sport.

Since the inception of the SI Sportsperson of the Year award in 1954, women have been included in the honor ten times—and only three of those winners were the sole honoree (e.g. not honored along with male winner or as members of a team). Before Serena, the only other female winners who did not share the honor with someone else were tennis star Chris Evert in 1976 and runner Mary Decker in 1983.

Another barrier has been broken, too. Serena is the first sole African American woman to hold the honor. “We are honoring Serena Williams too for reasons that hang in the grayer, less comfortable ether, where issues such as race and femininity collide with the games,” said SI Managing Editor Chris Stone. 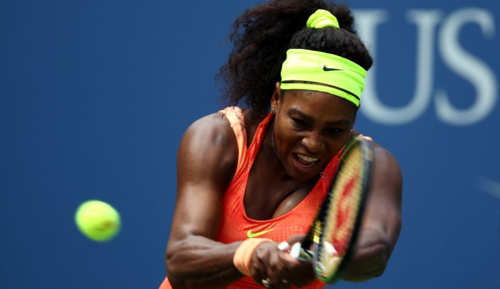 We’ve also seen some great initiatives both locally and across the world in a number of sectors:

The new Canadian Prime Minister, Justin Trudeau, has named his first ministerial cabinet – the first in the country’s history to have gender parity. When questioned why he’d chosen equal numbers on men and women, the PM replied “because it’s 2015”.

The program by the government agency for film and TV aims to address the underrepresentation of women in the Australian film and TV industry.

The imbalance is starkest in film, with women making up only a third of producers, a quarter of writers, and one in seven film directors.

The program offers incentives for projects that employ women as protagonists and in positions of creative control.

The program is based on the Athena SWAN Charter, an evaluation and accreditation framework from the UK that addresses the improvement of gender equity policies and practices in STEMM (Science, Technology, Engineering, Mathematics, and Medicine). Athena SWAN has been operating for 10 years and it has shown significant results in improving gender diversity, and bolstering women’s leadership roles within STEMM institutions.

SAGE was overwhelmed by the response from the sector and has accepted applications from a total of 32 institutions. This includes half the university sector, with representation across the five university types (from Group of Eight to Unaligned), as well as medical research institutions and government research agencies. The pilot includes 24 (of 43) Australian universities, five medical research institutes and two publicly funded research agencies. 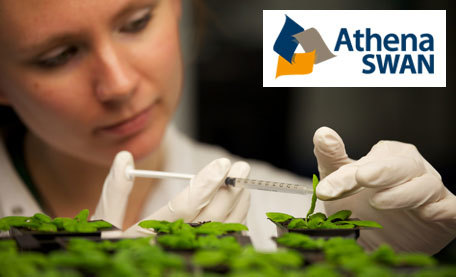 Commencing in September 2015, the pilot requires participants to collect, analyze and present data on gender equity policies and practices in STEMM departments, as well as identify gaps and opportunities for improvement. Participants will work towards an Athena SWAN Award at the Institutional Bronze level, which is a mandatory requirement for future Silver and Gold awards at the institutional and departmental levels.

We’re proud to be working with companies who are striving to gain gender equality within their workplaces and look forward to seeing more progress in 2016!