In the Thick of It – A Working Mum’s Story

Google "working mum leadership" and the stories of triumph and impact are queuing up to inspire and entice. It’s great to see but does it paint the full picture? In reality, most people combining successful careers with raising a family will tell you it’s not so simple. Crunched-up cornflakes in the car, a bellowing baby in the backseat, rushed work calls on the run… These are all far more familiar scenes yet you rarely hear or read about them. Our fear? That working mums and dads experiencing the daily struggles could assume they’re alone.

Jane is Brisbane Airport Corporation’s (BAC) Executive General Manager of Human Resources. She works full time and is the youngest member of BAC’s Executive Team. Oh and by the way, she’s also a mother to a nearly two-year-old daughter, Mckenzie. After an hour spent talking to her, it’s easy to see why she’s achieving great things with BAC – an employer she loves – while also raising a family. However, we’re also acutely aware of the daily challenges she and her husband (also a senior leader) face as they try to make ‘balance’ work.

Jane’s résumé is impressive. Since studying Business and HR at university, she has more than a decade of experience progressing and developing her skills, often in roles that may have appeared beyond her years. Twice, she speaks of “some good luck” and “being in the right place at the right time” but her achievements are clearly well-deserved. She spent five truly formative years with an HR consultancy business where she developed a real connection. Having taken the tough decision that the time was right to move on, she saw an HR Advisor – Training and Development opportunity at BAC.

“I didn’t have all the years of experience they were initially looking for but I decided to give it a go anyway.”

That was a great decision. Over eight years, she progressed from her initial role to Learning and Development Manager, then to People Services Manager. When she was approached about the Head of Human Resources role, however, Jane wasn’t so sure.

“I was asked to be Acting Head of Human Resources three months after returning from maternity leave. I thought there was NO WAY I could do it. But my husband, parents, CEO and some female managers said, You can do it! You can make this work.” 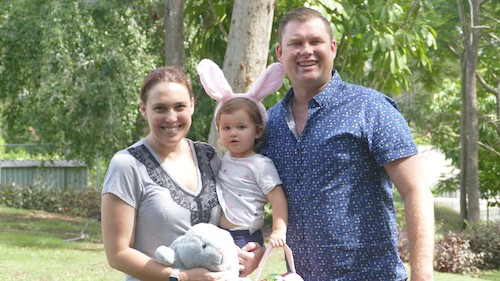 A Work-Life Tight-Rope… and Mother’s Guilt

Jane is indeed making it work and has already been part of some important advancements at BAC. However, it hasn’t been easy.

“Everyone talks about work-life balance. I call it my work-life tight-rope. It’s about constantly bringing myself back to the centre of the tight-rope, so that I’m not swayed too much either side.”

“The truth is, sometimes I don’t cope so well. I haven’t cut my hair in six months! And you get those horrible moments when you’re the last parent at childcare pickup, and you’re stopping at McDonalds on the way home, just to keep on track for bath and bedtime. That’s when the guilt sets in, and I have to remind myself I’m doing the right thing.”

Hallelujah! Someone who says it how it is! Inspired by Jane’s honesty, we ask her about that all-too-common yet rarely discussed sensation: ‘Mother’s Guilt’.

“Mother’s Guilt is a thing and it holds women back. I’ve been to so many conferences where everyone is talking about breaking the glass ceiling and poor employer practices etc. But it’s time we talked about the guilt mothers feel about working… and how society subtly reinforces patterns of mums feeling pressure to stay at home. I take my hat off to stay-at-home mums. But for me, I believe I’m a better mum because I also go to work.”

Hindered by Society and a System

Jane points to the emerging group of young female leaders which peaks at around 30 years old, but immediately drops off because women struggle to re-enter the workforce at a senior level. She speaks of the need to shift then dial. What she says next really strikes a chord.

“Australia’s childcare system fails working women, and discourages us from management positions. Most families simply can’t afford to have kids in childcare five days a week. And if you have a role like mine, the high fees mean you’re punished for being successful. The system is designed to keep one parent at home, and as that responsibility typically falls on mums, the trend continues. If it wasn’t for the support I’ve had at BAC and at home, I couldn’t have done it either.” 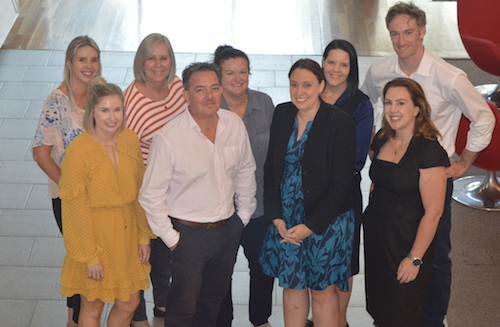 BAC – Getting It Right

A constant theme during our conversation with Jane is the support and empowerment she has experienced from BAC and its Executive Team. This is evidenced by the company’s return-to-work program which sees an incredible 99 per cent of women return after maternity leave.

“Everyone is so supportive here. My second week back from maternity leave, my daughter became sick and was in hospital for five days. My manager and colleagues were very understanding and accommodating. Here, it’s about getting the work done, not the hours. There’s no judgment in how I manage my time between work and family. This doesn’t go just for people with kids – there are family support networks for everyone at BAC.”

Jane also loves the energy and pace at BAC (“It’s too exciting not to be involved!”), as well as their collaborative and open culture:

“It’s a wonderful place to work. We’re a large corporation but everyone knows each other’s name. There’s no hierarchy – you can walk into any EGM’s office and everyone’s opinion is valid. But most importantly for me, I’ve had incredible support from exceptional leaders including the former Head of People, Performance and Culture and our current CEO, Gert-JaN de-Graaff. They’re both so inspiring and really care about leadership and culture.”

Jane’s story doesn’t end here, nor will the challenges she faces as a working mum. She’s realistic about what the future holds.

“I do want a second child. We’re going to try and make it work. But if it gets to the point where we want or need to rethink – that’s okay. That said, I’m proud of what I do, and I believe I’m setting an example for our daughter.”

As we end the conversation and Jane heads back to her ‘tightrope’, we’re left with two thoughts. The first is that perhaps the day to day chaos of being a working mum or dad is the triumph – the most beautiful triumph of all.

The second is a quiet belief that this mum and dedicated HR leader will make it work; that she’ll power on, kicking goals at work and at home, amid the anarchy of this funny thing we call ‘life’.