At WORK180, we get to capture the journeys of a lot of impressive people. But sometimes, a truly inspiring story emerges out of nowhere.

Unlike many girls, Kelly could always see a path to engineering. Her British parents met and worked with the Territorial Army’s Royal Engineers, and they were pleased and proud when she decided to become a civil engineer. She chose a less traditional route than many, opting to leave school at 16 and pursue an apprenticeship combining practical on-the-job experience with day-release college study. Why? Because she couldn’t wait to get stuck in.

So why the excitement about this particular career?

“The big reason I chose civil engineering is that I’m able to shape the future and really make a difference to the world we live in. My profession affects every aspect of our lives. Everything we use has had input from a civil engineer.” 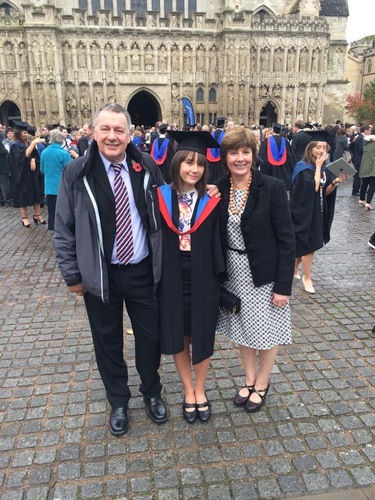 With quiet passion, Kelly shares the satisfaction and the buzz she gets when she realises she’s driving on a road that she designed a couple of years earlier.

“I love knowing that hundreds and thousands of people are driving over it… that it’s their route to work and home again… that it enables their life.”

As a member of the Transport Infrastructure team at Jacobs, Kelly’s key focus right now is stormwater design. She ensures the company minimises any flood impacts of the projects they run, and helps design sustainable solutions, such as effective treatment of any storm water flowing into rivers. As she enthusiastically shares how important this is for New Zealand and its residents, we can’t help but be drawn to the contrast between the country she’s talking about, and her accent, which is more ‘rural England’ than ‘Kiwi’.

For seven years, Kelly’s UK engineering roles saw her move around a lot and she realised that this mobility opened up doors to many new opportunities and experiences. In 2017, the Director of Operations for Jacobs NZ came to the UK to promote opportunities over here, and she knew she had to give it a go.

“I always wanted to get overseas experience and I knew that the rapid infrastructure growth over here is driving a lot of cool projects. I expressed an interest and was invited back the very next day. After two Skype interviews with my new team over here in NZ, I was offered a role. Less than four months later, I had moved to Wellington to start my new life!”

We suggest that this must have been a pretty daunting move.

“I was very nervous. But sometimes you need to take a leap of faith. A year on, it’s turned out to be one of the best decisions I ever made. A whole new world has been opened up to me.” 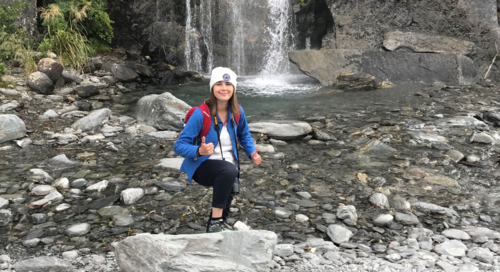 Kelly loves New Zealand’s outdoors lifestyle and has met many new people, including friends for life. She’s had the opportunity to work on some really exciting projects and supported the implementation of ground-breaking technology as part of NZ Transport Agency’s Weigh Right Programme. She’s also grateful to have been able to travel with her job, including living and working in Melbourne.

All of that said, the theme Kelly returns to time and time again is the support and flexibility she has experienced at Jacobs, both for her and for others. She sees this as a key part of the Company’s concentrated Diversity and Inclusion efforts and is clearly pleased they have been certified as a WORK180 Flex Able employer.

Flexibility and support – a personal approach

“Jacobs is very accommodating in so many ways. We’ve got a big ongoing push on parental leave and we also have a range of situations where people flex on their working hours or work from home to help achieve the balance they need. I know of a number of examples where women have received promotions while on maternity leave. That’s really good to see, as the career impact of starting a family can be a genuine concern for women and men.”

For Kelly personally, support and flexibility at Jacobs is about being enabled to develop and grow, inside the Company and beyond. She is clearly keen to put her hand up and loves that Jacobs is right behind her. She sits on the Jacobs Inclusion and Diversity Committee and their Women’s Network where she co-leads the Global Learning and Development Initiative, which will see her travel to a New York conference and awards ceremony later this year, alongside the Jacobs CEO Steve Demetriou. She later shares that she’s a STEM ambassador, visiting schools to encourage young women to explore a career in her field.

Just as we’re about to move on, Kelly casually mentions that Jacobs is supporting a humanitarian engineering initiative she’s set up to build a school classroom in Malawi, Africa.

“Humanitarian engineering is my absolute passion. As I said, civil engineers play such a vital role, so I want our impact to spread further.”

We didn’t see that coming. Yet it makes so much sense, given her drive and passion for engineering impact. Kelly says it all started last year, when she visited Africa as part of a STEM trip.

“Malawi is the country with the second worst poverty in the world. Basics like clean water and lighting are luxuries for so many people there. I spent time working with the students at a school called Rainbow Hope and came away feeling very inspired by the whole experience. I kept thinking ‘How do I continue this relationship. I don’t want this to be the end.’”

There’s no chance of that. In May, Kelly will lead a 25-strong global team of engineers (all women) who are heading to Malawi to build a STEM classroom for Rainbow Hope school. Kelly expresses her gratitude to Jacobs for enabling flexible leave arrangements for the three week trip… and she drops in that they’re also covering half of the build costs! It turns out she tapped up her last employer for the other half and has just persuaded the Institution of Engineering Technology to send a film crew to Malawi to shoot a documentary.

“We want to give Rainbow Hope’s students a building and an example. We want to encourage them to learn STEM-related skills and pass them on for future generations.”

So what does the future hold for Kelly?

Well, she wants to continue working on this side of the world and specialise further in the technical realm. She’s excited that Jacobs can give her that opportunity:

“Jacobs has a pipeline of some very exciting, pioneering projects over the next few years – the kind that shape your career. I’d also love to set up my own charity for humanitarian engineering. If Malawi goes well, I’d like to look at organising an annual initiative, taking civil engineers to places where they are most needed, to build something that makes a difference.”

We end our conversation by asking Kelly what advice she’d give others considering a career in her field. Her response is instant:

“Civil engineering is a career where you’ll always have a sense of purpose and achievement. You’re shaping the world.”

Which pretty much says it all. Thank you, Kelly and Jacobs.