Learn, Share, Achieve – Juliana Goncalves de Azevedo on how to build a career in Chemical Engineering

Our transparent job board only has vacancies from employers we endorse and lets you see what benefits, policies and perks come with the job. engineering
Search latest jobs

Like the majority of successful engineers, Alcoa’s Juliana Goncalves de Azevedo likes learning, improving things and overcoming new challenges. But unlike the majority, she’s a woman. This seems an obvious place to begin our conversation, so we ask her how it has affected her path.

“We all know we need more women in the industry but I have to say it has never really affected me. In my career, everyone has always been very respectful and I’ve had the right support, including great mentoring, networks and development opportunities. I’ve always been challenged, which I love, but have never felt stranded.”

“Occasionally in my career I’ve met male colleagues who underestimated me, but the moment they realized, their attitude just shifted.”

Juliana is indeed highly respected and is clearly proud that her achievements have been accompanied by opportunity. Since joining Alcoa as a Graduate Chemical Engineer in 2010, she has spent a lot of time working and contributing across multiple areas, “to learn the many pieces of the puzzle”. She embraced this rotation and in 2017, she was an integral part of four winning teams at the Alcoa Best Practice Transfer Awards, an achievement of which she is quietly very proud.

“The Transfer Awards encourage us to share learnings, initiatives and technology across different sites. I love working with other people to improve things, so this was a particularly special moment for me. The awards represented work I had initiated or completed at different stages of my career, across different operational areas and with different work groups.”

In 2018, Juliana’s achievements and qualities secured her a promotion to a Senior Engineer position working with the Process Coordination group. It’s her first role as a team supervisor and whilst it has been challenging, she is thriving.

“It’s great to have the opportunity to motivate others to get excited about the work we’re doing. I want to impact on how other people see their own role and contribution. There’s a lot of communication and engagement. I absolutely love it!”

Talking to Juliana, it’s impossible not to get excited about what she’s achieving in what has traditionally been a male-dominated industry. So what advice would she offer other women pursuing a career in her space?

“Take ownership of your own direction. Know your value – what you bring to the table. You might do things differently to the people around you but that can be a huge advantage.” 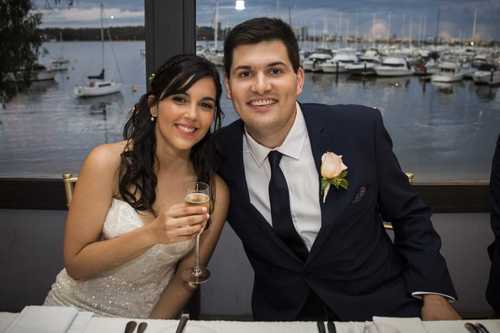 For Juliana, that difference is perhaps in the emphasis  she   places on building relationships and adopting a truly  collaborative approach to solving problems.

“I like to seek input from others. If I involve them from the start, they get excited. And if they’re engaged, it’s easier to make things happen.”

While impacting on others, Juliana continues to work hard to advance her own knowledge and skills. She explains that from a Process Engineer’s perspective, “there’s so much to get your head around and I’m still learning every day”.

As the interview draws to an end, we ask Juliana about her hobbies. She says she’s an avid reader of all genres of fiction, although still holding a soft spot for the Harry Potter series. She’s currently reading a book called ‘Magician’ and has identified with one character in particular.

“He’s an apprentice and is learning all the time. He never stops. I’m guessing that one day, he’s going to be the master magician.”