Meet Lilli Fender, Global Brand & Communications Manager at international engineering consulting firm Robert Bird Group (RBG). A casual job as a student set Lilli on a new course that would see her depart from a career in tourism and uncover a passion for marketing. After moving across four cities and returning from maternity leave to flexible work, Lilli reflects on seven years with a company that has always supported her to be herself: adventurous, curious and now, a dedicated mum.

With an interest in tourism and hospitality, Lilli undertook a Diploma of Tourism Management. At the same time, she worked as a casual Architectural Aid at a renowned Australian architectural firm to gain office experience. After graduating, Lilli and her partner Phil felt ready for their pilgrimage to London; they packed their things and moved to the Queen’s country where she applied to Robert Bird Group.

“I reached out to Robert Bird Group for a role in design, hoping my love of art and experience in Architecture would get me over the line. Although there was only an opportunity at the front desk, I took the position with a view to progress from there.”

It wasn’t long before Lilli’s hunger was noticed as she became more hands-on in a range of projects. Soon, she was offered a full-time position in the marketing team. Falling in love with her new role, she realised that tourism wasn’t her calling after all. Lilli commenced a BA in Business (Marketing) by correspondence while balancing her new full-time position.

“I loved having the opportunity to work closely with the leadership team as a marketer. It gave me a clear understanding about where my skills were best applied. This new position unleashed a new passion I didn’t know I had.”

Room to explore, space to grow

After two years in London, Lilli and Phil returned to Australia and moved to Sydney where Lilli was promoted to Group Marketing Coordinator.

After two years learning from experienced senior leaders, Lilli sensed another move around the corner; she and her now-husband were ready to buy a property, but it was impossible in Sydney’s housing market. Lilli approached Robert Bird Group to relocate to Queensland. Moving cities was yet another opportunity for her to upskill as a new dual position presented itself.

“I asked my managers if I could move to Brisbane – and they were really happy for me to do this. Without hesitation, we moved north and bought a house! I took on a Senior Group Marketing role, along with another role as Executive Assistant to the Chairman. It was full on. Juggling these responsibilities while leading Communications during our acquisition pushed me to develop my organisational and leadership skills.”

Returning to work as a working mum

A few years after moving to Brisbane, Lilli and her husband Phil fell pregnant with their daughter Indica. Thrilled to welcome their little one but yearning to be closer to Lilli’s parents in Melbourne, the couple reached for the cardboard boxes again.

“My managers felt that I had worked really well in the global team – so they were happy for me to work from anywhere. They have always been supportive and flexible of my choices – I feel so lucky.” 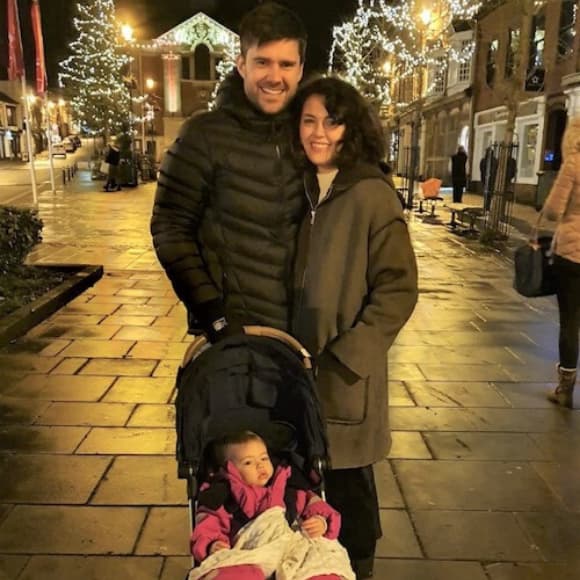 A teething process for mother and daughter

With her daughter in her arms, Lilli is constantly needing to adapt according to Indica’s sleeping and eating patterns. As any parent or guardian would know, having a child affects every aspect of one’s lifestyle – and can even change the type of job one is best suited for.

“Indica is growing so fast and at every new stage, I’m constantly having to evolve around her. Before going on maternity leave, I worked hands-on in marketing projects. Since returning, I’ve taken a step back into a strategic marketing position. Although it’s been a learning curve, I know I’m in the best role for me. I’m fully flexible, I mostly work from home and I haven’t had to worry about day-care during these early days. The RBG family have been amazing.” 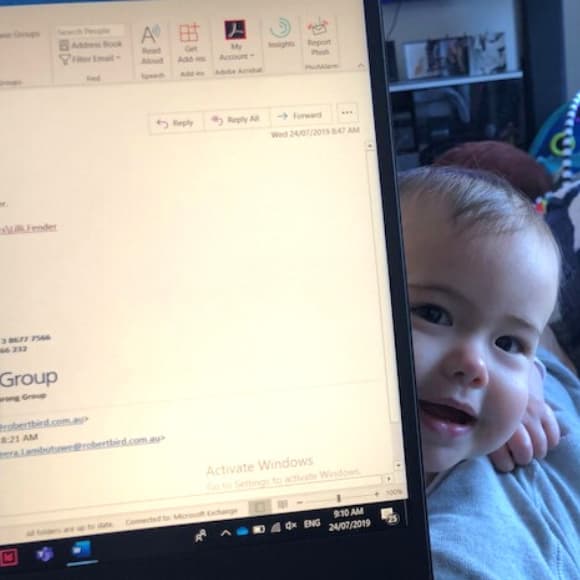 After more than seven years across four cities, we ask Lilli why she stays with Robert Bird Group.

“I’ve had so many opportunities to work with senior leadership and the board over the years, and I’ve built strong relationships along the way. It feels like family – and I’m not sure this would be the case in many other businesses. On top of all the benefits (like flexible working), I get to work anywhere in the world. Next month I’ll be working from London. That’s pretty cool.”