Professor Jenny Martin was appointed Director of the Griffith Institute for Drug Discovery (GRIDD) in 2016. At that time, it was called The Eskitis Institute and I worked there from 2000 – 2005. Being an alumni and a photographer, Jenny asked me to photograph the leadership team and students for the rebranding of the Institute to give it its new name, GRIDD.

I had a wonderful time photographing Jenny and the team and she very kindly agreed to be interviewed for my Scientist Spotlight series, which I have sadly neglected of late.

Jenny is an incredibly intelligent, thoughtful and kind woman, who advocates for education and for gender equality, particularly in academia and I am humbled to be able to feature her here.

So I know you’re a scientist, but when did you decide to become a scientist? What were you thinking? (Not WHAT WERE YOU THINKING?!?! but what made you decide that science was going to be your future?) 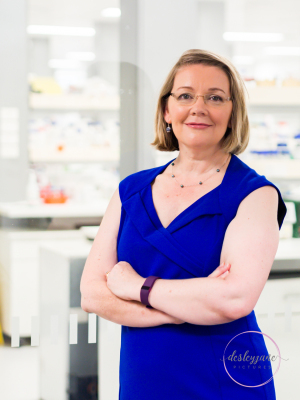 At high school I was always going to be a vet. The world’s worst vet apparently, as I faint at the sight of blood. Luckily, I was accepted into Pharmacy, aced the course (Gold medalist!) and was encouraged into a Masters research degree. The rest is history.

What was the best thing about studying science?
Ah, the thrill of discovery and the continual learning. It’s addictive.

And what was the most irritating part?
The focus on metrics – that mean nothing to anyone outside science – that are used to measure the worth of individuals.

What type of scientist are you (and what does that mean)?
I am a structural biologist – I use a range of biophysical techniques to decode the atomic structures of disease-causing proteins. And then I use those structures for early-stage drug discovery.

What’s your claim to fame?
I am very well-travelled. I’ve lived in Melbourne Australia, Oxford UK, Gold Coast QLD, New York New York, and Brisbane QLD. I’ve been to the Himalayas in Nepal, the Atlas Mountains in Morocco, a garden party at Buckingham Palace, the White House, the Great Wall of China, the JukkesJärvi Ice Hotel above the arctic circle in Sweden in mid-winter…… 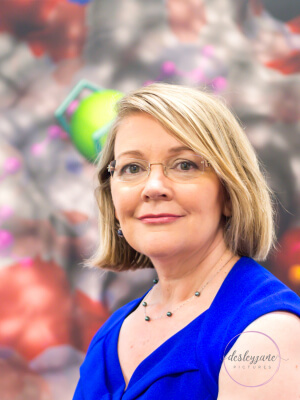 What part of your job gives you the most satisfaction and why?
Supporting others to succeed. Because I am hardwired to help. And I care about people.

Do you find that people react a certain way when you tell them you’re a scientist? Do they make any assumptions? Are they correct?
They usually say, “you don’t look like a scientist”. I guess they assume that scientists aren’t women. They are incorrect of course – women have been the best scientists since the beginning of time.

Are you a good public speaker?
People tell me I am. I guess the repeat invitations are a good indication.

Do you wear a lab coat and safety glasses? Why?
I used to, but not any more. I fear I’d be dangerous in a lab these days.

So when you aren’t in the lab, or the office, what do you love doing?
I love clocking up long-distance walks: Milford Track, Routeburn Track, Overland Trail, Dales Way, RidgeWay, South Downs Way and many more. There’s a long list waiting for me…. perhaps I’ll tick off 1-2 more this year.

Tell me about one thing that makes you smile or laugh out loud!
Funny cat videos. And that video of the BBC family man….

What is your superpower?
Baking. (DP edit: I love this about her!)

Thank you so much Jenny for being a great interviewee and model for this shoot. I’ve included a couple of behind the scenes shots below which I think are good fun.

I know that Jenny has underplayed her “claim to fame”. Among many other accolades, Jenny is the recipient of prestigious awards including:

You can find Jenny on Twitter: @Jenny_STEM and the institute @GRIDD_GU

You can see many more shots from the GRIDD Photo Shoot on my portfolio site here– this includes the other scientists as well as students in action!