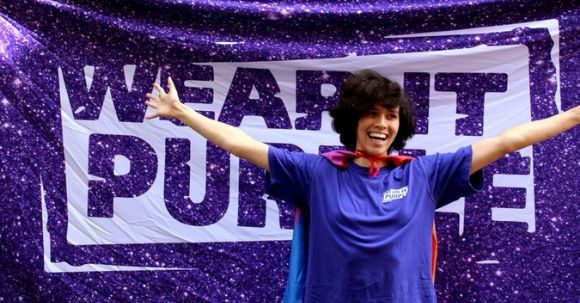 Studies have found that non-heterosexual people face up to twice as much abuse or violence (including physical, mental, sexual or emotional) than their heterosexual counterparts. LGBTI people aged 16-27 are five times more likely than non-LGBTI youth to attempt suicide in their lifetime.

I spent a considerable part of my adolescent years feeling lonely, fearful and anxious about my future because I was gay. I grew up in a regional city in NSW and was not ‘out’ about my sexuality until I left the place I grew up and attended university.

When I was at high school I quickly realised through the behaviours of my peers that being gay was not a positive attribute – the word ‘fag’, ‘poofter’ and more were commonplace put-downs, and the absence of any affirming signs or signals that it would be ok to be “out” among my classmates relegated me to the ‘closet’. I thought at that time that I could remain there forever.

There were no students in my year group that were same-sex attracted, let alone another part of the LGBTIQ+ alphabet soup. I’ll admit that, in the late 90’s I had not even considered gender identity or thought of people who were transgender, and again, there certainly was no visibility of transgender people where I grew up. It scares me to think about what someone who struggled with their gender identity would be thinking, feeling, or experiencing.

Reflecting, I think I was a pretty resilient young person, and very able to compartmentalise my feelings as well as the worries and fears I harboured. I had a good upbringing, parents that were supportive of me in school and in sporting endeavours, but I also was not out to them either. It was not anything that they did that kept me in the closet, however I can’t recall any actions or behaviours that encouraged me to leap out of it either.

The impact that an organisation like Wear it Purple would have had on my school and schooling experience would have been profound.

I knew of kids in other schools who were out and they were bullied relentlessly. I know of people who have died by suicide as a result of this kind of bullying.

Wear it Purple is a youth-led non-profit organisation that strives to foster supportive, safe, empowering and inclusive environments for rainbow young people.

Wear it Purple was founded in 2010 in response to global stories of real teenagers, real heartache and their very real responses. In 2010, several rainbow young people took their own lives following bullying and harassment resulting from the lack of acceptance of their sexuality or gender identity.

One member of this group was 18 year old Tyler Clementi, who took his own life after being publicly ‘outed’ as gay by his roommate, prompting a frenzy as reports poured in of various young people sadly in the same situation.

In response, Ellen DeGeneres made a statement, that “this needs to be a wake-up call to everyone: teenage bullying and teasing is an epidemic…and the death rate is climbing.”

What started out small has now grown; however the message remains the same. Everybody has the right to be proud of who they are.

I’m proud to have served on Wear it Purple’s Board of Directors since 2017, and as President since 2018. We’re empowered by the strong support of the corporate sector, who raise funds and amplify messages of support to rainbow young people by celebrating Wear it Purple Day. We’re unique in that we are an LGBTIQ+ youth charity that is 100% volunteer led & run, with not one paid employee. All proceeds from fundraising and donations to Wear it Purple are invested in supporting rainbow young people.

Join with us on August 30th to celebrate Wear it Purple Day. Be part of a movement that has the potential to save thousands of lives. Be part of this change. 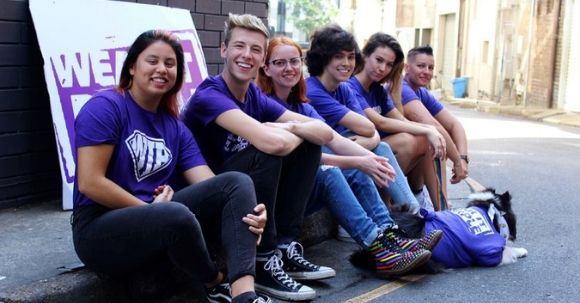