Strength and support: An insurance career at WorkCover

The art of change: a journey to Australia

British-born Becky Stables didn’t expect to become a business analyst. She studied art, music and maths at school and then commenced a textiles and design degree. At the end of the first term, however, she dropped out.

“I suddenly had a bit of a mini crisis, thinking ‘What am I going to do with this?’. Fortunately, I’d been good at maths and so I switched paths.”

It turned out to be a great move. In 2012, Becky successfully completed a Mathematics with Business Degree at the University of Brighton, achieving First Class Honours. During her studies, she undertook an eight week actuarial internship at Mercer, who then accepted her onto their graduate scheme as an actuarial analyst. She soon earned a promotion and also became a mentor for graduates and new team members. Intending to build a career in London, she studied part time to complete a Master’s in Actuarial Finance. Then, along came an Aussie.

“I met my partner, Wayne, in April 2014. This changed my career path immensely. When his UK visa expired, he had to move back to Brisbane, and I followed him there as soon as I finished my studies.”

Becky secured a contract with Marsh (a sister company of Mercer) as an assistant account executive – her first step into the general insurance industry. However, her visa restrictions meant she could only stay with them for six months. In Sept 2016, however, she was approached by a WorkCover recruiter and joined them as a Senior Business Analyst. 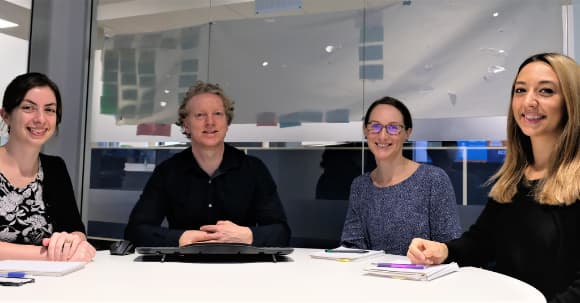 A culture of support

Nearly three years on, Becky is well-established in her role. She’s part of a small, close-knit Pricing and Data Analytics team (or ‘Team Panda’, for short), and she says every day is different. From preparing budgets and KPIs, to exploring data to identify risks and emerging trends, she truly enjoys what she does.

Importantly, Becky also feels very supported. She has benefited from WorkCover’s study assistance program and speaks passionately about an environment where she can “speak to anyone, regardless of their position, and know they’re really listening.” She is also grateful to work one day a week from home.

“I love it. I can use the time I’d normally spend commuting, studying. It’s also particularly valuable when I have a piece of work that I need to really focus on. I can get it done without distractions… apart from Vinny, our furball rescue pup!” 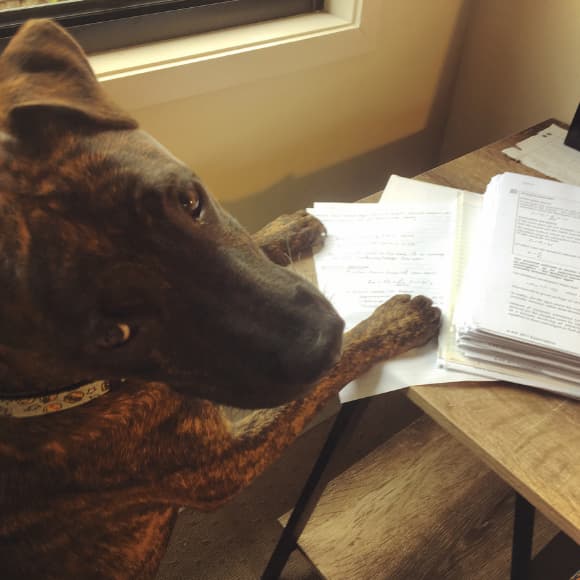 Becky also shares a poignant story of the care and flexibility her employer has shown, just when she most needed it.

“I have a very close friend back home in England. I’ve known her since I was four and was her bridesmaid. She recently battled and overcame breast cancer but has now been diagnosed with terminal brain cancer. WorkCover have supported me to go back home and see her. As soon as I approached my manager, he was onto it. We have a leave policy to ensure everyone is treated equally. So he immediately went and checked and did all that was needed to give me options. Within a few days, I’d already booked the flights. That matters so much to me.”

A future leader: from strength to strength

Becky is proud to have been accepted into WorkCover’s ten-month Emerging Leaders Program.

“My manager brought it up even before I did, which was great. I had to go through an application and video interview process, and I was selected! Every fortnight, we have a workshop where we talk about people management and leadership, and we’ll end up presenting to the Executive Team. It’s also been a good way to connect with others – it can be a bit of a counselling session!”

We ask Becky what kind of leader she thinks she’ll be:

“I would hope to be truly authentic and honest in the way that I lead. Being true to those values is very important to me and I believe it defines who you are as a person. I also believe that everyone, wherever they are in their career, can develop and improve. I want to be a leader who listens and acts on feedback, to keep growing… and I hope to instill that in every single person I get the chance to work with.”

As Becky explores her leadership potential, she has identified a fantastic role model: Jane Dionysius, Executive GM for HR at Brisbane Airport Corporation. Jane’s husband happens to work with Becky’s partner. She’s a young, progressive leader and a mother, and as it happens, we’ve previously told her story!

“I absolutely aspire to what Jane has achieved. She’s in her early 30s and is an Exec already. She balances her career with raising a two year old, yet whenever I see her, she’s so positive and calm! I feel like she can do anything.”

We can’t help but ask.

How about you, Becky? Can you do anything?

“If you’d asked me a few years ago, I probably would have said ‘no’. But the career and life experiences I’ve had have really built my confidence. Keeping fit has also made a huge difference.”

Becky goes on to share her passion for health and fitness. She’s clearly highly motivated and has recently got into powerlifting.

“My PT introduced me to it and because I’m quite competitive and goal-driven, we just kept upping the weight. At the start, I couldn’t even lift 40kg on a bar. We’re now up to 117.5kg. It has taught me that I just need to get stuck in. It’s ok to try and fail… to start again and find a different way.”