Little did I know 4 years ago, that joining TAL would be the best decision I would make for my career and family.

When I first accepted a role at TAL as a Customer Experience Specialist, it wasn’t the linear or expected progression one would have anticipated for me. I had just completed my Masters in Communications at RMIT, and after 4.5 years of studying as an international student, I was ready for full time work, and I wanted it now. So the job hunt began, and the interviews ensued, but the one area that most companies lacked in was cultural fit. It was important for me to work in company where I felt like I fit in, where I had potential to grow, and where I felt valued. TAL hit the mark for me, and though the job title wasn’t exactly what I saw for myself, I knew it was a matter of getting my foot in the door.

I started my career at TAL in the front lines, so to speak, serving our clients and advisers, and gaining insights into their pain points, as well as an in-depth understanding of the Life Insurance industry. From day one, I was impressed by TAL’s investment in their people. I attended a 4-week induction to prepare me for my role, and subsequently attended regular training on the job for skills such as active listening and resilience.

It was a year and two months into my time at TAL that it was announced TAL was starting a Graduate Program. This, I remember thinking, this is what I have been waiting for. A real opportunity for someone like myself to showcase my true potential, and use the degree I had worked so hard to obtain. A few months later, I applied for a Graduate position, was interviewed by two of our General Managers, and was told that I had gotten 1 of 3 vacancies for the role.

18 months into the 2-year graduate program I took a slight detour to my Graduate Journey, taking 9 months of Parental Leave to have my wonderful daughter, Luna, now 1. 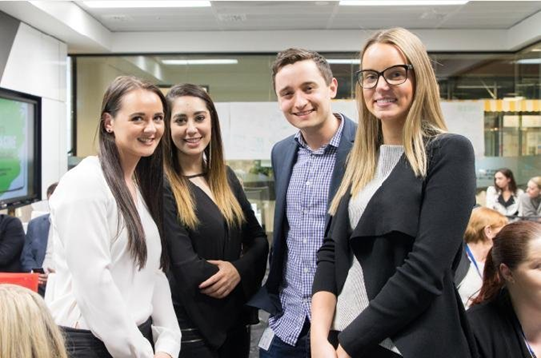 I initially had fears about taking time off during the Graduate Program, as it is a very competitive program, all candidates are ambitious and high achievers, and again, TAL had invested so much in me. Once again, I was blown away by TAL’s support in my decision to start a family, and in no way made me feel like it would negatively impact my Graduate journey or career at TAL.

Not only did TAL support me throughout the leave process, but they ensured that coming back to work was seamless. It’s the little things, like the baby shower they threw me prior to going on leave, the flowers they sent me after Luna was born, the friendly text messages I received from my manager during my leave, and the flexibility I was offered upon returning to work that have made coming back into my role not only possible, but enjoyable.