The excitement of exploring the unknown

For Caroline Mercer, a love of the outdoors, a dream of working overseas and an interest in earth’s rocks and minerals has culminated in an exciting career as a geologist, where every day brings the possibility of uncovering “a big new find”.

Now a Project Exploration Geologist for OZ Minerals based in South Australia, she shares how to build networks in a foreign city, the benefits of thinking outside the box and why more women should join her in geological exploration.

Destined to work in earth sciences

Caroline wasn’t sure what she wanted to study at university. In the end, she chose geology because: “I was good at it, it sounded interesting and it offered exciting opportunities to work overseas.”

Although growing up with a geophysicist father in Aberdeen, Scotland, the oil and gas capital of the UK, Caroline admits there were other influences pushing her towards a career in earth sciences, she just didn’t realize it at the time.

“Then I just really enjoyed it. I find the rocks and minerals interesting but I also love the field trips and being outdoors [her favorite outdoor activities are snowboarding, scuba diving, horse riding and stand-up paddle boarding]. So it all just came together,” she says.

Caroline also enjoys the excitement of the unknown in geology. “When you’re on-site drilling it’s always exciting. You’re so eager to analyze the drill core to see if we’ve intersected anything interesting or if there’s good mineralization in the core.

“As a geologist, you’re always hoping you’re going to find something new, even if it doesn’t happen often,” she laughs. “I’m still waiting for my big new find!”

Building networks in a new city

After travelling through New Zealand on a working holiday visa in 2010, Caroline headed to Western Australia in search of work. Catching the end of the mining boom, she got her start working underground as a Mine Geologist, before working her way up to a Project Geologist, part of the team responsible for extending the life of the mine.

In late-2017, Caroline’s husband, who is also in mining, was offered a job at OZ Minerals, so the pair decided to move back to his home city of Adelaide. With no networks in the state to draw on, Caroline initially struggled to find stable work herself.

“It was a challenge and I felt quite uncomfortable talking to people about my job prospects. But I had to put myself out there. I went to conferences and I joined a local geology network, because I knew the more connections I made, the more possibilities I had of finding work.”

This strategy paid off and Caroline soon found a contract position as an Exploration Geologist with OZ Minerals. This role overseeing drilling projects in regional South Australia and Queensland would later be made permanent.

“I already knew from my husband that OZ Minerals was a good company to work for. He always said they think differently and seek innovation, and I thought, ‘what a great opportunity to experience that myself’.”

At the start of this year, Caroline was promoted to Project Exploration Geologist, now project managing drilling operations, developing targets for drill programs, supervising junior and field staff, and engaging with government and the community.

Thinking outside the box

When Caroline was in the mines in WA, she was fortunate to be part of the team that found a maiden resource. “My manager at the time was always pushing for innovation. The experience taught me the value of thinking outside the box, as we’d tried something different and achieved success from that.”

For this reason, she enjoys at OZ Minerals that the company’s culture encourages you to explore new ideas.

“You’re invited to ask the hard questions without retribution and think outside the box. If we’ve always done something a certain way and you have an idea as to how we could do it differently, you’re given the resources and support to try and make that work,” she explains.

“I’ve never worked for a company that has that culture. You really feel like you’re being heard and can contribute to the company’s success.”

This inclusive and innovative culture all stems from OZ Minerals’ How We Work Together principles, which encourages people to collaborate with different teams and be inclusive of others’ ideas.

But one of the biggest benefits of working at OZ Minerals, according to Caroline, is the possibility of flexible work options. “Depending on your role, you’re entrusted to get the job done in the hours that work for you, and you can work from home whenever you need to.” 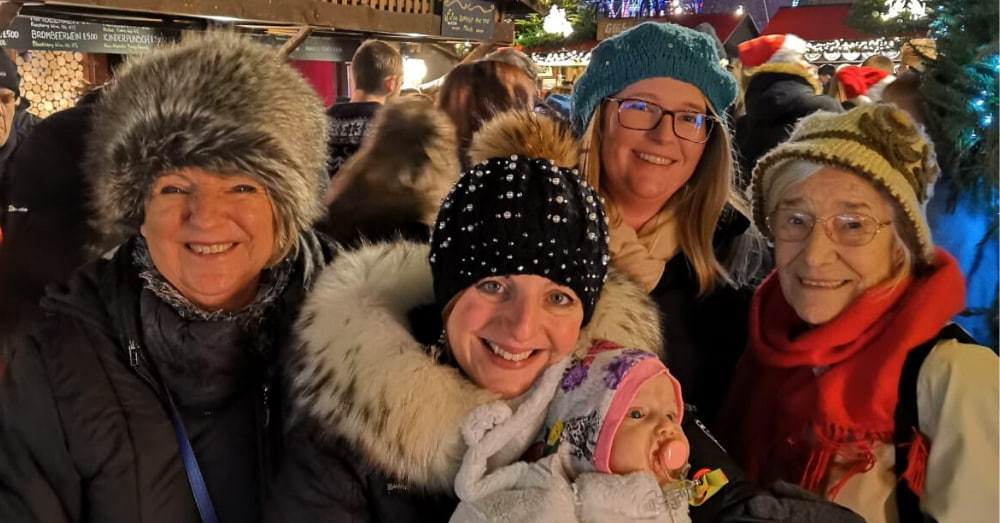 The push for more women geologists

Caroline believes more women should consider working in geological exploration or mining. “Anyone can be a good geologist; men, women, it doesn’t really matter, providing you have the passion and the skills.”

Being a good communicator is a crucial skill in this line of work. “You’re dealing with so many different levels of people, from drillers and the community to senior management, so you need to be able to adapt your communication style to suit the audience,” she says.

“You also need to be adaptable and able to think on your feet, particularly during drilling campaigns.”

As for working in a non-traditional industry, Caroline has never found this to be a barrier herself. “I’ve worked underground and never had any issues being female. The men are happy for you to be part of the crew,” she says.

Although she acknowledges that she knows of other women who have experienced issues. But she believes it all comes down to how you handle the situation.

“I think if you play up to the fact that it’s a male-dominated industry, you can create a point of difference in a negative way. But if you work hard and get on with it, the reward is earned through your ability to do the job as effectively as your male counterparts.

“But don’t take any nonsense from people either!” Caroline has found that if you have an honest conversation with people who are being difficult, male or female, your working relationship is better for it.

“It’s also so crucial to have a manager or mentor figure that believes in you and can either put you in touch with the right people or be in a position to give you the platform for promotion.”