We Analysed How Women Engaged with 130 Best Employer Brands. Here’s What We Learned.

Why is it that some employers achieve gender balance through recruitment practices incredibly quickly while others take a lot longer?

Of course, the industry sector and employer reputation plays a part however, after analyzing tens of thousands of job advertisements, company policies and employer branding initiatives, we found some common themes.

For those unfamiliar with WORK180 (previously DCC Jobs), we are the only jobs board globally which pre-screens employers. We evaluate companies on workplace initiatives such as amount of paid parental leave, flexible working arrangements, professional development programs, community engagement and much more. The information around these initiatives can be found on the employer profiles, the majority of which is not accessible elsewhere.

And the results are in:

1. Purpose driven organizations will always get the best talent

We’ve seen this first hand just recently. When searching for a Client Engagement Manager to join our growing (mostly female) team, we advertised the role on WORK180  and SEEK, as we were hoping to attract male applicants to apply. A week later, and the results were in; 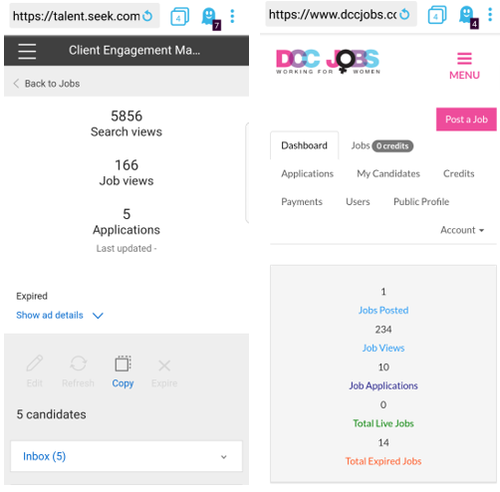 From speaking with the candidates, the number one reason they’d applied for the role was because they believed in our mission and wanted to work with an organization that is making a social impact.

We’ve also seen this happen with multiple other WORK180 Endorsed Employers, with one of the best examples coming from The Yield, who are an AgriTech start up, headquartered in Hobart. Their ethos “The world needs 60 per cent more food by 2050. We want to help meet this challenge without compromising the future” sums up why they’ve had great success with hiring talent women in a non-traditional field. 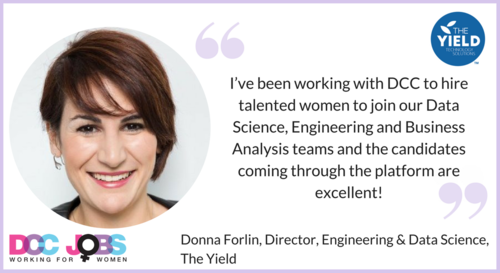 In a recent event with WORK180 partner Engineers Without Borders (EWB) and Engineers Australia, the numbers spoke for themselves. 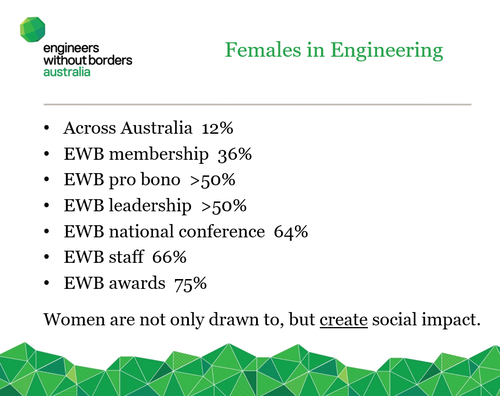 Even if your organization doesn’t have a social mission at its core, it’s important to highlight how employees can get involved in supporting the community, whether it’s through volunteering, supporting charities, or any other activities which make a social impact and are facilitated by the employer.

The true measure of a company’s internal culture, is how the staff feel about it and what they would say when the boss isn’t in the room. These days, everyone is talking about how committed they are to diversity and inclusion, but would their staff back it up? When Holcim, who operate and deliver construction materials across Australia joined WORK180, their staff immediately jumped on board to share the news. 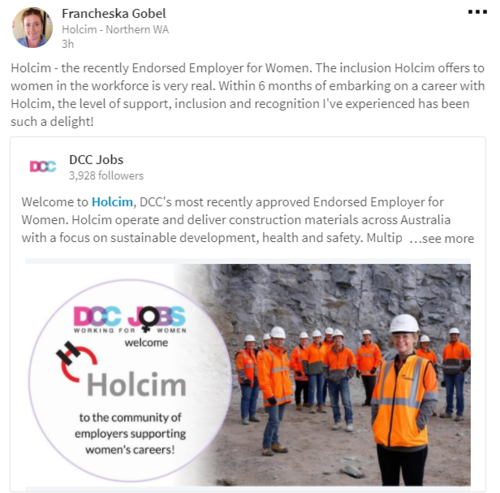 When other employers saw Francheska’s post on LinkedIn, we were asked, “Did Holcim ask their staff to share the update?” The answer was while employers usually do send out internal announcements about working with WORK180, Francheska shared the update well before she was aware of the partnership.

“We continue to be impressed with Holcim, who are one of the very few organizations which pay superannuation on both the paid & unpaid portion of parental leave, offer a return to work bonus equal to 4 weeks’ pay, are redesigning traditionally inflexible roles to encourage women applicants, plus much more!”

Hear more from Francheska in this article: How to Ensure Staff in Remote Locations Feel Like Part of the Team

3.Your leaders need to be vocal about their actions to create an inclusive workplace

An example of this comes from Frontier Advisors, who recently hired an Associate via WORK180 (previously DCC Jobs). During the interview process, the candidate noted the company’s link with WORK180/DCC was an important factor in considering the role, as it provided a positive indication of the support and culture she is likely to experience with the company. 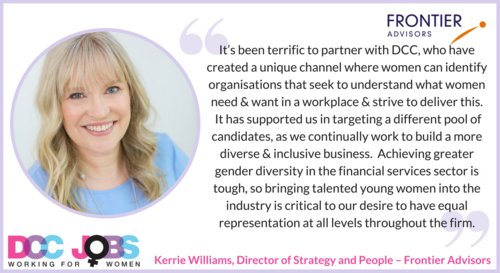 Our Endorsed Employers are proud of their efforts to create better workplaces for all staff, and a big part of that involves advocating for change and leading by example. Fiona Trafford-Walker, Director at Frontier Advisors recently did just that in her recent article, What Women Want in a Workplace in Money Matters. She wrote:

“We introduced unconscious bias training, we committed to the Panel Pledge, became an ‘Endorsed Employer for Women’ by DCC Jobs and we ensure women (and men) who work in part-time roles can have meaningful leadership positions. We now have 32 per cent women in our practice, which is around double the average in financial services firms (the CFA reports less than 20 per cent of its members are women – we use this as a proxy for employment in the financial services sector) but short of where we would like it to be.”

“In order to achieve this important industry endorsement we have demonstrated that we have the right policies in place to support women in the workplace. In 2016 we conducted a gender pay gap review across Australia and now have pay parity across the organization and filters in place to ensure men and women’s salaries do not diverge, and earlier this year I was pleased to join the leaders of 100 of Australia’s largest organizations as a WGEA Pay Equity Ambassador.” 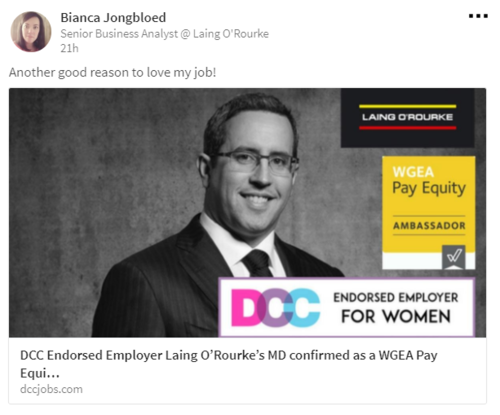 You may also like to read another article around how WORK180 Endorsed Employers are creating successful Employer Branding initiatives.