If you’re reading this, you probably already know the benefits to employers of embracing diversity, inclusion and flexibility. We’ve known for some time that it’s a great way to attract top talent and empower them to achieve. Indeed, from a recruitment perspective, offering flexible work arrangements can bring a major competitive advantage. Want an example? Meet NAB’s Senior Analyst Engineer, Anushka Dey.

A wide-angle lens: from India’s Silicon Valley to NAB

Anushka Dey hails from Bengaluru, formerly known as Bangalore. It’s the capital of India’s southern Karnataka state, and the centre of the country’s tech industry. It’s perhaps no surprise, then, that she pursued a Bachelor of Engineering, Electronics and Communication. The high achiever graduated with first class honours with distinction, and went on to join Huawei as Senior Software Engineer. After three and a half years, she and her husband migrated to Australia. Over the next five years, they would settle in Melbourne and Anushka would experience working for a host of different employers, including Computershare, the University of Melbourne and Bupa. In April 2016, she joined a testing consultancy, which gave her an even wider range of experiences:

“We would essentially be placed with specific clients and become part of their team. It was interesting; the culture – and the ways of working – differed a lot depending on which client I worked for.”

That role worked well for Anushka for a couple of years. However, in 2018, she had her first child. As she prepared to return to work, she knew her needs had changed.

“I knew I’d need flexible working arrangements. My husband and I would both be working full time and we live in Cranbourne, which is 50 kilometres from the CBD. I was aware of how hectic it would be and I didn’t want to be hostage to what each client I ended up with was prepared to offer. So I quit and started looking for a new job.”

“I saw that you had a list of endorsed employers for diversity and inclusion, and NAB was one of them. I’d already heard really good things about working there, so I applied.”

NAB is indeed becoming well known for proactively embracing and harnessing D&I. As well as an array of D&I programs and initiatives, they offer a range of positive benefits and policies, including twelve weeks of paid parental leave, with continuation of super on paid and unpaid parental leave. However, it was something else which caught Anushka’s eye.

“NAB’s profile confirmed that they are open to discussing flexible working arrangements at the interview stage. Often, you might be hesitant to raise this for fear of jeopardising your chances, but I had permission. We had a really open discussion and it made me even more excited to join.”

Anushka reveals that she actually had another job offer before NAB gave her the call. She says that the work would have been interesting and that their tech is highly advanced. However, she turned it down.

“When I asked them about flexibility, they told me I could leave early for an appointment from time to time but that they couldn’t guarantee the opportunity to work from home – that it just wasn’t allowed. I declined the offer. Two days later, NAB got in touch and of course I said yes!” 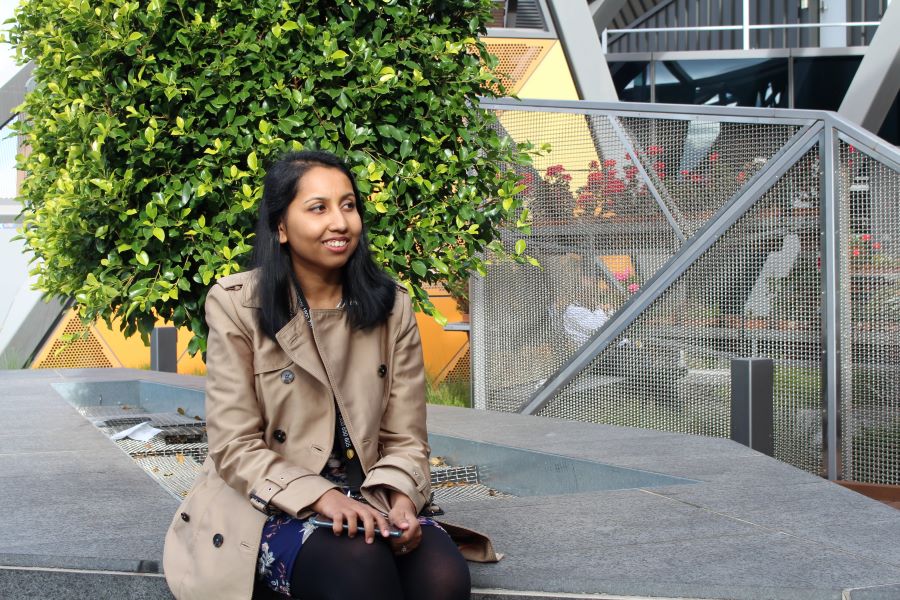 Thriving at NAB and at home

Over eight months on, Anushka is delighted with her decision. She’s embedded in NAB’s Quality Engineering team, providing testing services to divisions across the company. She says that she loves the work and the cutting-edge tech, and the experience she’s developing. There’s no doubt, however, that her strongest sense is of fulfilment from achieving balance. She feels supported and empowered to excel, both in her job and at home with her daughter, now 16 months old.

“With NAB, I can balance it all. They have been so flexible that I don’t feel stressed. Working from home saves me so much commuting time. And if I am in the office and need to leave, my managers are very understanding.”

Listening to Anushka, there’s a clear sense of feeling trusted and respected – by her manager and her colleagues.

“My manager has placed great trust in me. He supports the balance I need; he knows I will deliver and get the work done in time. What’s more, everyone I work with is so inclusive. It’s very important to me to be accepted for who I am. I don’t want to be typecast as ‘a working mum’.”

Anushka has a clear message for employers not yet embracing flexible working:

“Trust your people! We have technology now which allows us to work and interact from anywhere. If your people are getting their work done, there’s no need for them to be present in the office for 8 hours every day. Focus on the outcome.”

She also offers some advice for others seeking flexibility:

“Firstly, do your homework. Look at WORK180 and the company’s website, and talk to people who work there. Secondly, don’t be scared to approach employers about working flexibly. If they are friendly, open and supportive, it should all work out. If they’re not, others will be.”

As the conversation draws to a close, we ask Anushka about the future. Her response is definitive.

“Even before I joined the company, I knew it was right for me. I get to work on a wide range of diverse projects, involving cutting edge technology. I work with great people with great minds, and I’m learning so many new things. Most importantly, I can flourish at work while still taking care of my daughter. It’s the right balance. I want to stay with NAB for a very long time.”