Why do We Seek Out Difference Instead of Similarity?

I was recently the guest speaker for a Women in industry event where I spoke about strategic decision making and the key questions that boards and executives need to ask when developing the strategy for their companies. The audience was primarily women but there were a few men.

Afterwards one of the men came up to express his disappointment.

“What you’ve said could apply to any business’, he said. ‘It’s not just for women.”

Certainly, it could be applied to any business, but why would he find that disappointing? In coming to a ‘women’s’ business event this man had expected the content to be exclusively of interest to women, or to learn some method or technique that women use that is different to what men would do.

I’m not aware of any secret that’s exclusive to women about how to make the best business decisions or develop a corporate strategy. Why would we expect that? Sometimes the language we use around diversity can perpetuate the characterization of women as ‘other’. Last month I read the diversity policy of one company which stated that it would ‘support the advancement of employees from minority groups’. The 2016 Census recorded 50.7% of the Australian population as female. Women are not a minority group. Implicitly then, this company either excluded women from its diversity policy, or it saw women as outsiders who should be treated differently in some way.

Professions Australia has just released its report on Women in Engineering, showing that 47.1% of women engineers have experienced gender discrimination at work. Discrimination based on other factors, such as sexual identity, race and age, was less prevalent. Even so, women also typically experienced these types of discrimination more often than men did. 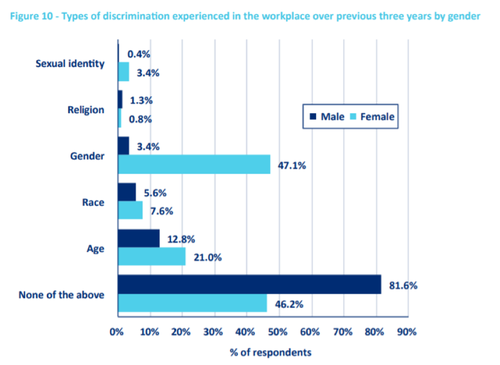 WHY DO WE SEEK OUT DIFFERENCE, INSTEAD OF SEEKING OUT SIMILARITY?

We often hear it said that ‘people are our greatest asset’. So, in my work in asset management, I’m often asked if people can be treated as assets when applying asset management standards and practices. My answer is that we can’t treat people as assets, because we don’t own them. While the sentiment may be well intended, I don’t think that treating people in the same way that we treat inanimate objects such as trucks, trains, or buildings will help progress our society.

I don’t think we’ll achieve true equality until we are willing to accept that people are human beings. That we all share a common humanity.

“What we don’t want is to pursue a kind of equality that means everyone is treated equally poorly. Instead we need to raise the standard for everyone.”

When we use terms like human resources and human capital, we reduce our perception of human value to an economic output. We need to create value for people, not from people. We need to move away from the de-humanizing practices of our current workplaces to embrace a future where we see people’s potential rather than just their productivity. And we need to create a working environment where each person has an equal opportunity to do their best work for the benefit of everyone. That’s what true equality means. 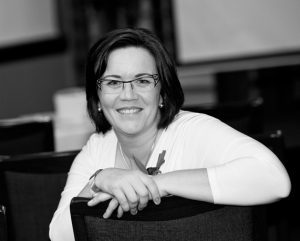 Teak Yew provides advice, education and consulting on strategy and asset management for board directors and executives globally, to equip them to make effective decisions to create value for their stakeholders. Monique is also the author of Asset Management for Directors, from the Australian Institute of Company Directors.

This article was originally posted by Femeconomy.