Wonder women: use your powers of science for awesome

Women in Science AUSTRALIA recently featured inspiring women studying STEMM at higher education organizations around Australia.  Lead by Charles Gray, and in between chasing jaguars, she has connected with students studying different courses in a range of STEMM disciplines around the country.

We asked Charles to introduce the feature by sharing her own journey below.

It’s been an honor to curate a collection of student profiles for Women in Science AUSTRALIA. I know we’ll all benefit from these shared stories of women starting out in science, and finding their very own jaguars to chase.

Women like Rachel Kelly in Tasmania, who literally dives for science. Leigh Nicholson in Sydney is using 3D printing in her research and Elizabeth Duguid is researching batteries in Western Australia, both projects, I’m almost certain, are precursors to an imminent robo-pocalypse. Sophia Frentz in Melbourne shares her research knowledge with publications like The Conversation, leading by example in scientific communication. 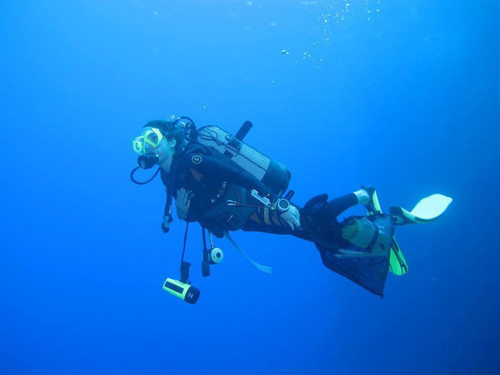 Why is featuring women in STEMM like this important?

I came to science late, relative to many of my peers. Due to a tumultuous start to life, my formal schooling (and housing) was broken after year 8. I didn’t complete another year of school until I lied my way into year 12 many years later. (“Er, yes, I have completed year 11 and all preceding years, indeed!”) Alas, those are the years that one really gets exposed to science. I’m still frequently ashamed of the gaps in my knowledge when I speak to biologists, chemists, and physicists.

One thing I’ve gotten myself somewhat up to speed with is mathematics. At 30, I decided to pursue a secretly-held (and just a trifle embarrassing) lifelong dream of a career in the beautiful world of numbers. Pursuing this dream has exposed me to a polarized mix of inspiring and discouraging experiences. But what propelled me into this career, was the example provided by a couple of peers who pursued – and succeeded in – careers in science in their 30s, after training in fine arts and humanities.

I worked as a pianist for over 10 years, teaching and playing gigs where I could get them, until I retrained in science. Combined with my lack of high-schooling, entering a science degree was a daunting prospect. I’d been told I wasn’t smart enough and that I `didn’t have the trig’.

This is why projects, such as this, Women in Science AUSTRALIA’s August focus on women studying STEMM (science, technology, engineering, mathematics, and medicine), are so important. Not only do we need broad formal programs, such as The Australian Mathematical Sciences Institute’s Choose Maths initiative, to encourage young women into mathematics, but we need stories too. Stories told by women studying STEMM for women studying STEMM. Just as I needed stories of inspiration, I’m sure my peers do too. Arguably, we have a duty to share our stories, to inspire any woman who has been told she can’t science, because she is `just a girl’.

Sadly, not all of my student peers welcomed me with open arms. I spent my undergraduate years feeling ignored by what increasingly became a cohort dominated by young, white men – many of whom seemed to assume they could math harder and better than I.

I felt invisible. Countless times, we’d be staring at the whiteboard, trying to solve some topological or algebraic puzzle – and I’d say, “Maybe we should try…”, but we wouldn’t run with my suggestion. I felt silenced, and I wondered – I still wonder sometimes – if I am tough enough to weather this. But I started life on the streets – surely I, of all people, can take on a few nerdy boys! So, I persevered.

The good news is, things are changing – and I wasn’t completely ignored. The academic staff at my institution, La Trobe University, have been extraordinarily supportive. This year, the first of my PhD in mathematical statistics, I’ve been given the opportunity to lecture subjects in both pure mathematics and applied statistics. I’ve been lucky enough to work on research projects in computational biology, graph theory, abstract algebra, statistical epigenomics, and now meta-analysis. Via the lead of these academics – and because not all of my peers suffer from unconscious bias – I find I don’t need to prove myself quite so much anymore. 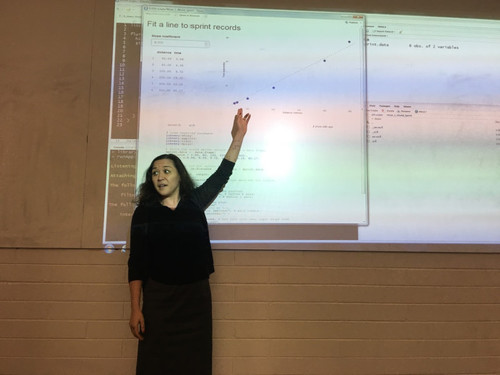 We students can help improve things for all women scientists too. We may be just starting out, but we can inspire and help each other. Share your stories, wonder women of science. Use your science powers for awesome, and find yourself some jaguars to chase.

View all of our student and professional STEMM Profiles here: Australia’s Women in STEMM

Charles Gray changed her name because it felt like no-one believed, as a girl, she could play rhythm-section jazz. She is a PhD candidate at La Trobe University (supervised by Associate Professor Luke Prendergast and Dr Agus Salim). She is secretary of the Victorian branch of the Statistical Society of Australia and treasurer of Supporting Women in Science. Charles is also the Student Affiliate with Women in Science AUSTRALIA.